Camille Mori, B.A. (hons) M.Sc. candidate Clinical Psychology Program Determinants of Child Development Lab University of CalgaryMedicalResearch.com: What is the background for this study? Response: Sexting, which is the sharing of sexual messages, images, or videos over technological devices, has recently become a cause for concern among parents, teachers, and policy makers. However, the research on sexting among youth is still in early stages, and evidence of the risks associated with sexting is inconsistent. One way to resolve discrepancies in the field is to conduct a meta-analysis, which statistically summarizes existing research. We conducted a meta-analysis in order to examine the association between sexting and sexual activity (having sex, multiple sexual partners, and lack of contraception use). The associations between sexting and mental health related variables, including delinquent behaviour, substance use, and depression/anxiety were also examined. END_OF_DOCUMENT_TOKEN_TO_BE_REPLACED
Continue Reading
Accidents & Violence, Author Interviews, Pediatrics / 21.08.2018

Motao Zhu, MD, MS, PhD Principal Investigator Center for Injury Research and Policy The Research Institute at Nationwide Children’s Hospital? Columbus, OHMedicalResearch.com: What is the background for this study? What are the main findings?Response: We know that texting while driving occurs frequently among teen drivers. This study looks at the differences of texting while driving among teens between states.Motor vehicle crashes continue to be the leading cause of death among teenagers in the United States. In 2016, over 2,000 teens in the US aged 14-18 years died in motor vehicle crashes and nearly 260,000 were seriously injured in traffic-related incidents. Even though there are cheap car insurance brokers available, teen motor vehicle crashes are preventable, and proven strategies can improve the safety of young drivers on the road. Among distracted driving, texting while driving may be especially risky because it involves at least three types of driver distraction: visual, physical, and cognitive. Texting while driving is banned for all drivers in 47 states and the District of Columbia, yet this study shows it still occurs regularly among teen drivers.Overall (nationally), about 40% of high school student drivers text while driving at least once/month. The rate varies among states. The lowest is 26% (Maryland) and highest is 64% (South Dakota). Texting while driving among high school student drivers is highest in Montana, Wyoming, North Dakota, South Dakota, and Nebraska.These results were not surprising. There are state level factors to explain them. The top 5 highest texting while driving among high school student drivers (Montana, Wyoming, North Dakota, South Dakota, and Nebraska) are rural states with a high percent of high school student drivers and students can get their learners permit by age 15. END_OF_DOCUMENT_TOKEN_TO_BE_REPLACED
Continue Reading
Accidents & Violence, Author Interviews, PLoS, Technology / 29.07.2015

Walking While Texting Can Be Dangerous To Your Health 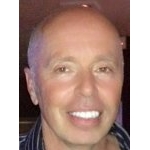 MedicalResearch.com Interview with: Conrad Earnest, PhD, FACSM Texas A&M University College Station, TXMedical Research: What is the background for this study? Dr. Earnest: The study presented here is a thesis project performed by Robbyne Smith and Sammy Licence, under the direction of Professor Conrad Earnest. We were curious to about the effects of walking, texting and doing both while simultaneously being cognitively distracted by common tasks - in our case a maths test.Much of our curiosity was born from watching a YouTube video and reading an article on inattentional blindness where people did not notice a unicycling clown while using their mobile phones.https://www.youtube.com/watch?v=Ysbk_28F068Several reports suggest that this type of pedestrian behavior leads to more pedestrian accidents, possibly increases the risk of tripping and increases riskier road crossing behavior due to a lack of attention.While much of the literature has examined this question using a “straight line” model to look at walking characteristics and deviations within ones walking path, we elected to build an obstacle course that imitated common barriers that we measured in the city of Bath, England, that pedestrians might encounter during their walking day.Medical Research: What are the main findings?Dr. Earnest: Our main findings were that people slowed their walking speed, took more steps in their approach to common obstacles, and increased the height of their step to go up steps and over curbs.Interestingly, we did not see an increase in what we called barrier contacts, which were used as a surrogate measure for tripping. END_OF_DOCUMENT_TOKEN_TO_BE_REPLACED
Continue Reading
Technology / 06.02.2015

MedicalResearch.com Interview with: Gautam M. Shah Vice President of Product Management at VoceraMedicalResearch.com Editor’s Note: Vocera announced on February 5, 2015, it will “provide a cloud-based secure text messaging solution as a benefit to all of its U.S. healthcare customers, at no additional cost, for use by any of their affiliated healthcare providers. Vocera Secure Texting will connect seamlessly with Vocera Communication Systems installed in over 800 U.S. hospitals” (Vocera press release). Mr. Shah, from Vocera, answers some questions regarding this new technology for the readers of MedicalResearch.com below.MedicalResearch: What is the background for this technology? Mr. Shah: The Vocera Secure Texting solution is a cloud-based, secure, HIPAA-compliant texting application that seamlessly integrates with the Vocera Communication System. The solution will allow physicians to securely communicate with all members of their patient's care team, while helping hospital CIOs improve security associated with protecting personal health information (PHI).MedicalResearch: How will this texting method facilitate communication among health care providers?Mr. Shah: This solution is being offered to all of our 800+ U.S. hospital customers at no cost, and to new customers for a nominal fee. Vocera Secure Texting will connect seamlessly with our award-winning communication system to enable physicians to securely text care teams and improve care coordination, operational efficiencies, and patient experience. What’s unique about Vocera Secure Texting is that it combines the convenience physicians need with the security health systems require. Our new secure texting app will be easy to use and provide a HIPAA-compliant alternative to SMS, as well as basic communication and collaboration capabilities for physicians and care teams. END_OF_DOCUMENT_TOKEN_TO_BE_REPLACED
Continue Reading
Author Interviews, Compliance, Technology / 15.11.2014