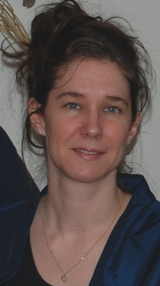 Helen Trottier Ph.D Assistant Professor, Department of Social and Preventive Medicine, Researcher, CHU Sainte-Justine Research Center Université de Montréal Montréal, Québec, Canada MedicalResearch.com: What is the background for this study? Response: We know that HPV infection can have serious consequences such as the development of cancerous lesions in the cervix. HPV infection is also very prevalent in young women of childbearing age but the possible consequences of HPV in pregnancy have been poorly studied. Some population registers around the world have shown a reduction in the risk of preterm birth with HPV mass vaccination, but we must be careful with this kind of ecological correlation. We have set up a large cohort study in pregnant women to study the association between HPV in pregnancy and preterm birth by targeting certain HPV genotypes and the duration of the infection. END_OF_DOCUMENT_TOKEN_TO_BE_REPLACED
Continue Reading
Abuse and Neglect, Brain Injury / 24.07.2019

Sense of Smell Can Be Knocked Out By Traumatic Brain Injury

MedicalResearch.com Interview with: Fanny Lecuyer Giguère, PhD candidate Centre de Recherche en Neuropsychologie et Cognition (CERNEC) Université de Montréal MedicalResearch.com: What is the background for this study? What are the main findings? Response: Previous work on moderate-severe traumatic brain injury (TBI) showed clear olfactory impairments (OI) months and years after the trauma. Within these impairments, hyposmia (partial loss of smell) and anosmia (total loss of smell) were the most described OI. Moreover, TBI patients with OI generally developed more long-term anxiety and depression symptoms, when compared to patients without OI. Almost no study evaluated such impairments after a mild TBI, which is none to be the most prevalent form of TBI (80% of all TBI). We evaluated quantitative olfactory scores, post-concussive symptoms, anxiety and depression, within the first 24 hours and one year after the trauma, on a cohort of 20 mild TBI patients and compared these results with a 22 patients control orthopaedic group. Results showed that, within the first 24-hour post-trauma, more than 50% of the mild TBI patients had clinical sing of reduced olfactory capacities (hyposmia) compared to only 5% (1 patient) within the control group. Consequently, patients with mild traumatic brain injury had lower olfactory threshold and had more difficulty to discriminate and identify different odors. Also, when comparing the mild TBI patients with OI (OI+) to the mild TBI patients without OI (OI-), we realized that OI+ mild TBI patients reported more anxiety and post-concussion symptoms 1 year after the trauma.   END_OF_DOCUMENT_TOKEN_TO_BE_REPLACED
Continue Reading
Author Interviews, JAMA, Pediatrics, Social Issues / 28.12.2018

Family Characteristics Linked to Aggressive Behaviors in Boys and Girls

MedicalResearch.com Interview with: Dr. Richard E. Tremblay, PhD, Professor Department of Pediatrics and Department of Psychology University of Montreal, Montreal, Quebec, Canada School of Public Health, University College Dublin, Dublin, Ireland MedicalResearch.com: What is the background for this study?   Response: Adolescent who have frequently use physical aggression are at high risk of school failure, criminal behavior, as well as physical and mental health problems. A major limit to preventive interventions is our ability to trace the developmental trajectories of physical aggression from infancy to adolescence using a uniform source of information. END_OF_DOCUMENT_TOKEN_TO_BE_REPLACED
Continue Reading