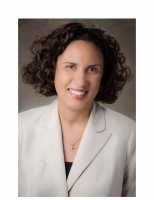 Response: Prostate cancer is one of the most common cancers to affect men, and the Task Force believes all men should be aware of the benefits and harms of screening for prostate cancer. Prostate cancer screening with PSA testing can help men reduce their chance of dying of prostate cancer or of having metastatic cancer. These are important benefits but occur in a small number of men. There are risks associated with screening, specifically overdiagnosis and overtreatment with surgery and radiation that can have important side effects like impotence and incontinence.

Since the release of our 2012 recommendation, new evidence has emerged that increased the Task Force’s confidence in the benefits of screening, which include reducing the risk of metastatic cancer (a cancer that spreads) and reducing the chance of dying from prostate cancer. This draft recommendation also reflects new evidence on the use of active surveillance in men with low-risk prostate cancers that may help mitigate some of the harms in these men by allowing some men with low risk cancer to delay or avoid surgery or radiation. Therefore, in our new 2017 draft recommendation, the Task Force encourages men ages 55 to 69 to make an individual decision about whether to be screened after a conversation with their clinician about the potential benefits and harms. For men age 70 years and older, the potential benefits do not outweigh the harms, and these men should not be screened for prostate cancer.

Response: Screening to detect and treat prostate cancer in men without symptoms may offer benefits, but is also associated with harms. The decision about whether to be screened is a complex one, and men who are considering screening deserve to be aware of what the science says so they can make the best choice for themselves, together with their clinician. For men ages 55 to 69 who are more willing to accept the potential harms, screening may be the right choice. Men who are more interested in avoiding the potential harms may choose not to be screened. For men age 70 years and older, the potential benefits do not outweigh the harms, and these men should not be screened.

Response: The Task Force identified several research gaps, calling for more studies in three key areas. First, studies are needed to confirm that African American men who undergo screening receive similar reductions in the chances of dying from prostate cancer, compared with men in the general population, given the higher prevalence of prostate cancer in African Americans, but the relative lack of research specific to these men. More studies are also needed that explore how often African American men should be screened, and whether beginning screening before age 55 years provides additional benefits. Second, additional research is needed to help men with a family history of prostate cancer understand how the potential benefits and harms of screening, including those affected by varying the screening intervals and starting ages, may differ in these men compared with the general population. Lastly, the Task Force calls for more research to identify better screening tests that can distinguish which prostate cancers will likely be aggressive and spread, and which will not—or which cancers will grow so slowly that they will never cause symptoms.

Response: It’s important to note that this recommendation applies to men who are at high risk for developing prostate cancer, including African Americans and those with a family history, and provides additional information to help support these men in making informed decisions about screening. The Task Force remains concerned about the striking absence of evidence on the potential benefits and harms of screening and treatment for prostate cancer in high-risk men, particularly African American men, and strongly advocates for research in this area. This should be a national priority.