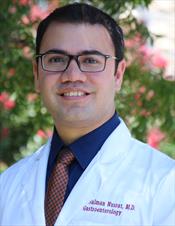 Dr. Nusrat: Obesity is a global epidemic and is one of the most taxing issues affecting healthcare in the United States. It is a well-established risk factor for increased morbidity and mortality. We looked at how morbid obesity (BMI>40) affected inpatient health care utilization over the last two decades. We found that:

Dr. Nusrat: Our analysis shows the increasing burden of morbid obesity in the hospitalized patient. There ware gender and regional differences with females and southern states accounting for majority of these admissions. Age trends signify an increasing prevalence in the older population. The aggregrate charges for these hospitalizations increased dramatically betwen 1997 and 2012. The several fold increase in prevalence of obesity between 1960s-1990s might have contributed to these findings. It is possible that these indiviuals are now older and have been obese for enough time to develop complications of obesity like diabetes and cardiac disease.

Dr. Nusrat: Our study sheds light on the rising burden of obesity on health care between 1997 and 2012. Interestingly, despite a decrease in mean duration of hospital stay, the mean charges per hospitalizations and aggregate charges increased significantly. It is likely that increase in co-morbid conditions resulted in this increase in cost but impact of increase in therapeutic procedures like gastric bypass can’t be overlooked. Further research should focus on verifying the exact cause of increased cost associated with the morbid obesity in the hospitalized patient.

Inpatient Burden of Morbid Obesity in U.S.: An Analysis of Time Trends from 1997 to 2012