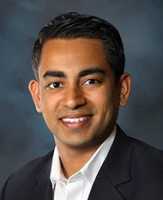 Response: Graft-versus-host disease (GVHD) is the leading cause of non-relapse mortality (NRM) after allogeneic hematopoietic cell transplantation (HCT). Acute GVHD occurs in approximately 50% of HCT patients and targets the skin, liver, and gastrointestinal tract primarily. The change in clinical symptoms (e.g. reduction in volume of diarrhea) is used as the primary endpoint in most trials of acute GVHD treatment, but more accurate metrics are needed to predict long-term survival.

Over the past decade, the Mount Sinai Acute GVHD International Consortium (MAGIC) has studied two biomarkers important in GVHD pathogenesis: suppressor of tumorigenesis 2 (ST2) and regenerating islet-derived 3 alpha (REG3). These proteins are shed into the bloodstream when the gastrointestinal tract is damaged during GVHD, the most lethal form of acute GVHD. The concentrations of ST2 and REG3 can be used generate an individual’s estimated probability of 6 month NRM known as the MAGIC Algorithm Probability (MAP).

Our study evaluated whether the MAP measured at the start of GVHD treatment and four weeks later could predict long-term survival and we compared the MAP to clinical response after four weeks, the gold standard of response.

Response: We found that MAPs of patients who did not survive their acute GVHD increased during treatment, whereas those did not survive had decreases in MAPs. We also found that a threshold (0.290) separated patients into two groups after four weeks of treatment, each with distinctly different overall survival. Lastly, the MAP after just one week more accurately predicted six month NRM than clinical responses after four weeks (AUC 0.86 vs. 0.70, p=0.003).

Response: The MAGIC Algorithm Probability is the first validated biomarker of response to acute GVHD treatment and more accurately predicts long-term mortality than the gold standard, clinical response to treatment.

Response: These findings support the clinical utility of repeated MAP measurements during the first month of treatment to gauge response to GVHD therapy. Additionally, our results suggest that the MAP may serve as a useful endpoint for clinical trials of novel acute GVHD treatments.

Disclosures: Drs. Ozbek, Levine and Ferrara are co-inventors on a GVHD biomarker patent and receive royalty payments from Viracor.

The MAGIC Algorithm Probability (MAP): A Novel Laboratory Biomarker for the Response to Treatment of Acute Graft-Versus-Host Disease