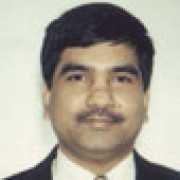 Response: In the US, prostate cancer is the most commonly diagnosed non-skin cancer and the second leading cause of cancer death among men. Research shows that hormone therapy or ADT reduces the levels of male hormones in the body, called androgens, to stop them from stimulating cancer cells to grow., and thus is effective in reducing the spread and progression of prostate cancer.

At the same time, some research has suggested that decreasing androgen levels may increase the risk factors for Alzheimer’s and dementia, including loss of lean body mass, diabetes, cardiovascular disease, and depression. The ADT therapy may lead to impaired neuron growth and the regeneration of axons, thus affecting the cognitive function. Thus there is growing interest in the possible association between exposure to ADT and cognitive dysfunction.

Our study investigates the association between exposure to ADT and subsequent diagnosis of Alzheimer’s or dementia in elderly, fee-for-service Medicare enrollees using SEER-Medicare linked databases.

Response: Our study contributes to existing knowledge while also adding some unique elements. In particular, our study has three key strengths.

Response: Our population-based study spanning 10 years or more following the diagnosis of prostate cancer shows that exposure to ADT was associated with increased hazard of both Alzheimer disease and dementia among elderly fee-for-service Medicare beneficiaries with prostate cancer.

Our results suggest that clinicians need to carefully weigh the long-term risks and benefits of exposure to ADT, particularly in patients with a long life expectancy or patients who already show signs of cognitive decline. For patients with advanced prostate cancer, the potential life-prolonging benefits of ADT likely still outweigh the risks, even when considering the added risk of dementia.

However, for patients with localized prostate cancer and a long life expectancy, our study provides some of the strongest evidence to date that physicians should make their patients aware of the potential cognitive side effects associated with such therapy and perhaps opt to limit ADT exposure.

Response: While our study suggests an association between ADT and subsequent dementia diagnosis, we were unable to further investigate possible biological mechanisms of this association. Thus, our future research will attempt to elucidate a possible biological mechanism between exposure to ADT and development of dementia, and study this relationship prospectively. It is crucial to establish whether this association is mediated by long-term androgen suppression, especially as dual androgen blockade with second-generation antiandrogens moves earlier in the treatment course of prostate cancer. Also, we will conduct further work to characterize individuals undergoing ADT who are at high risk of developing earlier dementia.