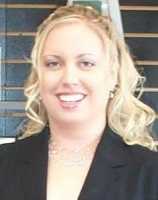 Response: Zika virus infection during pregnancy can cause microcephaly and other severe fetal brain defects. Doctors have also found other problems in pregnancies and among infants infected with Zika virus before birth, such as absent or poorly developed brain structures, defects of the eye, hearing deficits, and impaired growth. Nearly half of all pregnancies in the United States are unintended. Increased access to birth control may lead to reductions in unintended pregnancies, which may result in fewer adverse pregnancy and birth outcomes in the context of a Zika virus outbreak.

A new report from CDC estimates that use of highly effective, reversible forms of birth control, called long-acting reversible contraception (LARC), which includes intrauterine devices (IUDs) and implants, remains lower than use of moderate or less effective methods such as oral contraceptive pills and condoms, although contraception use varied across states and by age group and race/ethnicity.

CDC scientists used data from four state-based surveillance systems to estimate contraception use for non-pregnant and postpartum women at risk for unintended pregnancy and sexually active female high school students who live in states with the potential for local Zika virus transmission. Less than one in four sexually active women of reproductive age and fewer than one in 10 sexually active female high school students reported using LARC. A higher percentage of postpartum women reported LARC use. Moderately effective and less effective contraceptive methods, including pills, patches, rings, injections, condoms and other barrier methods, were used more frequently than highly effective methods. These estimates are of concern because the most commonly used methods of contraception are not as effective at preventing unintended pregnancy.

Response: CDC collects surveillance data from states to better understand behaviors and experiences of adults and youth in the U.S. and territories. All of these surveillance systems regularly publish reports on health behaviors. In this report, only 39 of the 41 states with the potential for local Zika virus transmission had data from at least one surveillance system, suggesting a continued need for ongoing collection of state-level data on contraceptive use.

MedicalResearch.com: Is there anything else you would like to add?
Response:  Effective contraception use is a primary strategy to prevent poor pregnancy and birth outcomes linked to Zika infection during pregnancy. Barriers to the access and availability of contraception may include high device costs, limited provider reimbursement, lack of training for providers serving women and female adolescents on insertion and removal of LARC, provider lack of knowledge and misperceptions about LARC, limited availability of youth friendly services that address adolescent confidentiality concerns, limited client-centered counseling, and low consumer awareness of the range of contraceptive methods available. State and local jurisdictions can implement strategies to remove barriers to the access and availability of highly effective long acting reversible contraception (LARC).
MedicalResearch.com: Thank you for your contribution to the MedicalResearch.com community.