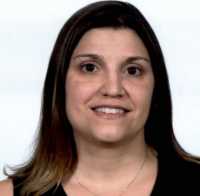 Dr. Wilson: Metastatic cutaneous melanoma is an extremely aggressive form of skin cancer.  Traditionally, it has been characterized by clinicopathologic characteristics.  More recently, melanoma tumors have also been stratified by common somatic mutations for which targeted therapies have been developed or are under investigation, including BRAF, NRAS and KIT.  In addition to somatic mutations, aberrant intracellular signaling pathways and cell cycle disruption contribute to melanoma pathogenesis.  Indeed, recent next generation sequencing studies have identified a number of new genes involved in melanomagenesis.  A comprehensive evaluation and understanding of concurrent and mutually exclusive mutations in tumors has been lacking.  Therefore, we developed a comprehensive custom targeted capture of 108 genes previously implicated in melanoma pathogenesis.  We used the targeted panel to perform massively parallel sequencing on 94 well-established human melanoma cell lines, 67 patient-derived xenografts (PDX), and 5 cell lines made from PDX, all untreated.

Dr. Wilson:  This study provides a comprehensive examination of melanoma genetics and provides novel insights in addition to the known, prevalent somatic mutations which identify melanoma tumors currently.  Of course, functional studies are needed to confirm the biology of these genetic observations.

Abstract presented at the 2015 AACR