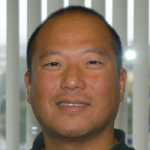 29 Jul Genetic Testing Could Identify Individuals At Risk of Osteoporosis

Response: Osteoporosis is caused by a reduction in bone mass, and leads to a high incidence of bone fracture because the weakened bone is less able to withstand the stress of slips and falls. Osteoporosis affects millions of elderly, is responsible for as many as 50% of fractures in women and 25% of fractures in men over the age of 50, and accounts for $19 billion in annual health care costs in the US. Identification of people with an increased genetic risk for osteoporosis could reduce the incidence of bone fracture. Low BMD is also a risk factor for stress fractures. For athletes and military personnel undergoing harsh rigors of training, stress fractures are common injuries that limit playing time, military effectiveness and competitive success.

Using data from UK Biobank, a genome-wide association study identified 1,362 independent SNPs that clustered into 899 loci of which 613 are new. These data were used to train a genetic algorithm using 22,886 SNPs as well as height, age, weight and sex as predictors. Individuals with low genetic scores (about 2% of those tested) showed a 17-fold increase in risk for osteoporosis and about a 2-fold increase in risk of fractures.

Response: First, the genetic basis for bone mineral density is complex, meaning that there are a great number of independent loci scattered throughout the genome that are involved in setting one’s bone density. Each genetic locus contributes a small fraction to your overall bone density, but all of the loci together have a large collective effect. The combined effect of 22,000 loci in the bone density algorithm is as strong as the effect from well-known single-gene genetic markers, such as BRCA2 for breast cancer or APOE for Alzheimer’s disease.

Second, many people with osteoporosis are undiagnosed because the test for low bone mineral density is not wide-spread; it is only performed when other members of the family already have osteoporosis or after an individual suffers a fragility fracture.

By comparison, genetic testing is widespread and could be used to identify new cases of osteoporosis. Many individuals have access to their genetic data from direct-to-consumer DNA testing companies or from their health care providers. With their genetic data, the score from the genetic algorithm can readily be calculated. Furthermore, genetic testing often involves people when they are still young, when their bone density can be increased by taking vitamins such as calcium or vitamin D or by weight-bearing exercise. Once bone density becomes very low in the elderly, it is more difficult to treat.

Response: The next step is to begin clinical trials to evaluate the algorithm for bone mineral density. The clinical trials could include athletes to see if the genetic algorithm can be used to reduce the incidence of stress fractures, or fractures in general. For athletes, fractures affect more than just their health, as it reduces their competitive success and sidelines them from competitions or championships. Another clinical trial could include elite military soldiers. For these, fractures affect their military effectiveness and increase the overall cost of training.

Finally, a clinical trial could be performed to evaluate the effectiveness of a genetic test for bone mineral density at diagnosing osteoporosis and reducing fragility fractures. Genetic testing could lead to the identification of many undiagnosed cases of osteoporosis, especially young individuals when bone density can be increased.

I have no financial disclosures.