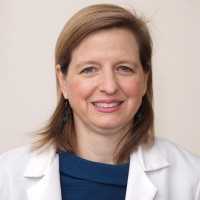 Response: There is a diversity in causes of Parkinson’s Disease (PD), and this may lead to heterogeneity in drug response. While LRRK2 PD due to G2019S mutations may fully mimic idiopathic PD (IPD), cross-sectional study suggests that the course may be slightly milder than IPD. Further, the pathology is heterogeneous with a minority not demonstrating Lewy bodies, and this may also correspond to less severe non-motor features.

To better understand the course of PD associated with the G2019S LRRK2 mutation (the most common LRRK2 mutation), we evaluated motor and cognitive progression in individuals enrolled in the LRRK2 Ashkenazi Jewish Consortium. Subjects were recruited from a Center in Tel Aviv, Israel, Sourasky Medical Center, and from two centers in New York, Columbia University and Mount Sinai Beth Israel. 144 participants were LRRK2 mutation carriers and 401 were not. We utilized all study visits, and constructed linear mixed-effects models to estimate the association between harboring the LRRK2 mutation and rate of change of both motor features- as assessed by the Unified Parkinson’s Disease Rating Scale (UPDRS), and cognition, as measured by the Montreal Cognitive Assessment Scale (MoCA). Models adjusted for sex, site, age, disease duration and (for the motor models) cognitive score.

We found a small but significant difference in rate of progression, with LRRK2 PD progressing at 0.69 points/year, and IPD at 1.06 points/year. While the cognitive decline was also less in the LRRK2 PD (-0.10 vs. -0.19 in the IPD, this difference was not statistically different (p=0.08).

Response: Our report supports heterogeneity in disease progression that is dependent on genotype. Further, while G2019S LRRK2 PD may mimic IPD, it is associated with a slightly slower motor progression. This is in contrast to the “risk-variant” category of LRRK2 PD, which is associated with somewhat faster progression. Clinical trials evaluating response to medication should consider assessing for genotype, and consider factoring this in to either study design or analysis. As the progression rates are lower than IPD, these progression estimates should be considered in clinical trial design of LRRK2 G2019S targeted agents.

Response: Further work evaluating motor change in a larger population as well as in other LRRK2 mutations is warranted. In addition, more in depth assessment of cognitive change is necessary, as MoCA is less sensitive than other in-depth neuropsychological measures.

Response: This study is the result of a collaboration of three major Parkinson’s Centers, led by Nir Giladi in Sourasky, Karen Marder at Columbia, and Susan Bressman at Mount Sinai Beth Israel, and a testament to the utility of collaborative groups. It was enabled by the volunteer participation of many people with Parkinson’s Disease who donated their time and effort to bring this research forward. In addition, many neurologists, genetic counselors and research assistants contributed. Funding for this study was provided by the Michael J Fox Foundation for Parkinson’s Research the National Institute of Health (through NIH Grant Numbers NINDS-K02NS073836, R56NS036630, K02NS080915, NS050487, NS060113, UL1 TR000040, UL1 RR024156, 10628097 and 1U01NS094148-01) as well as by grants from the Tel Aviv Sourasky Medical Center Grant of Excellence, Khan Foundation, and the Israel Science Foundation Heritage Legacy, and the Bigglesworth Foundation. The funding sources had no involvement in the design, interpretation or writing of this manuscript.