06 Oct Effectiveness and Safety of Dabigatran, Rivaroxaban, and Apixaban Versus Warfarin in Nonvalvular Atrial Fibrillation 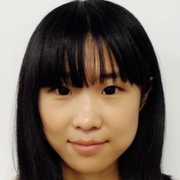 Response: Atrial fibrillation (AF) is the most common arrhythmia requiring treatment, affecting 3-6 million Americans. AF is associated with a 5 fold risk of stroke, which can be substantially reduced by oral anticoagulants. For over a half century, warfarin was the only option for long-term oral anticoagulation in the U.S., but the use of warfarin can be cumbersome. Warfarin has numerous interactions with food and other drugs, and requires regular lab testing and dose adjustment. Since 2010, four non–vitamin K antagonist oral anticoagulants (NOACs) have been approved by the FDA. In comparison to warfarin, the fixed-dosage NOACs provide more convenient therapeutic options and demonstrated at least equivalent efficacy and safety in large phase III clinical trials. However, the outcomes achieved in idealized clinical trial settings may not necessarily translate to routine clinical practice.

Response: Our study and most of “real-world” data show remarkable consistency with the randomized controlled trials. Together these data provide reassurance of the effectiveness and safety of NOACs. Because NOACs are associated with lower intracranial bleeding, the most feared complication of oral anticoagulant treatment, NOACs may be preferred in most patients who are eligible for a NOAC. This is reflected in the recent 2016 European Society of Cardiology guideline, which suggests “When oral anticoagulation is initiated in a patient with AF who is eligible for a NOAC (apixaban, dabigatran, edoxaban, or rivaroxaban), a NOAC is recommended in preference to a Vitamin K antagonist.”

Another important question is that, among the four available NOACs, which one should patients choose? Our study suggests apixaban may have a better safety profile, and we further conducted another study to directly compare the three drugs head-to-head (http://journal.publications.chestnet.org/article.aspx?articleid=2565769).

We found dabigatran, rivaroxaban, and apixaban appear to have similar effectiveness whereas apixaban may be associated with lower bleeding risk and rivaroxaban with elevated bleeding risk. Therefore, apixaban may have the best safety profile among the three NOAC. We do not have enough data to look at the fourth approved NOAC, edoxaban, yet.

Response: Because clinical trials often have strict inclusion and exclusion criteria, certain subgroups of patients were either excluded or under-represented in trials, e.g., patients with valvular heart disease and advanced kidney diseases. Whether to use oral anticoagulants and which drug to use are particularly challenging in these patients, and will require further investigation. We recently published two studies that support the effectiveness and safety of NOACs in patients with valvular heart disease and hypertrophic cardiomyopathy.
https://www.ncbi.nlm.nih.gov/pubmed/27339501
https://www.ncbi.nlm.nih.gov/pubmed/26896618

Response: No matter whether a patient uses NOACs or warfarin, to maximize the benefits of the treatment, adherence is critical. However, in our recent study, nearly half of the patients did not adhere to the treatment. Among patients with elevated risk of stroke, non-adherence substantially increased the risk of stroke without any decrease in intracranial bleeding. NOACs were associated with better adherence than warfarin, but the adherence is poor in both warfarin and NOACs users.