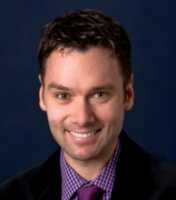 20 Aug Single-Patient Rooms Did Not Decrease MRSA or C.Diff Infections

Response: For a number of years people have been advocating for a move towards single-patient rooms in hospital design.  This was articulately argued for in an opinion piece by Detsky and Etchells in 2008 (https://jamanetwork.com/journals/jama/article-abstract/182433) as being important for a move to safe and patient-centered design.

One of the major selling points has always been a reduction in the risk of nosocomial, or hospital-associated, infections given reduced opportunities for contamination between patients; however, only a few studies have specifically looked at this issue.  Overall, despite some strong work, many of these studies were limited by only looking at specific units, over limited periods of time,  and using before-after comparisons which did not account for change over time either within or outside of the institution.

We knew that in 2015 our old hospital would close and within the same day all patients would be moved to a brand new hospital with 100% single patient rooms — most of which have a private bathroom for patients and a separate hand-washing sink for staff.  So in 2014, we designed this study, obtained ethics review, and then waited patiently for several years to pass after the move so that we could rigorously evaluate the impact.  We looked at monthly rates of vancomycin-resistant Enterococcus (VRE) colonizations and infections, methicillin-resistant Staphylococcus aureus (MRSA) colonization and infections, and Clostridium (now Clostrideroides) difficile infections (CDI).

We chose these because we had good long term data on their rates and because we could compare the rates over time before and after the move and contrast them with the province of Quebec as a whole.

Response: We demonstrated that new VRE colonization and VRE infection dramatically decreased by up to 75% and 70% respectively and have remained low since.   We also showed that new MRSA colonization decreased by 43% and has remained low since.  Interestingly, there was no effect on MRSA infection or CDI.  This is interesting and worthy of explanation.    Single patient rooms presumably block colonization — and when the dominant source of colonization is healthcare-acquired, this will translate into a reduction in infection rates.  However, if you are already colonized with the organism, the single patient room can’t prevent that.  People who arrive at the hospital already colonized with MRSA, CDI or another organism are not protected against infection by being in a single patient room.  That’s a function of other aspects of infection control and antibiotic stewardship.  So, while we reduced MRSA colonization, the volume of patients being admitted who already had MRSA colonization was high enough that we could not demonstrate a reduction in rate.  Similarly, since we don’t screen patients for C. difficile colonization, we couldn’t evaluate the impact on colonization but it appears as though more people are arriving colonized than are becoming colonized at our centre.

Response: Single patient rooms undoubtedly have some advantages.  The evidence in support of them in preventing hospital associated colonization and infection is now much stronger.  However, we likely need to consider the concept of “colonization pressure”, particularly in the community, when we are trying to understand how single patient rooms may impact infection rates for other organisms and in other jurisdictions.

Response: We would have loved to be able to show that single patient rooms reduced the rates of multi-drug resistant gram negatives but we didn’t have enough historical data (or provincial data) to show that.  As these pathogens emerge in the province of Quebec, it may be possible to contrast how fast they arise here vs. similar population centres and see if single patient rooms help prevent these as well. Formal economic modelling of the costs saved through single patient rooms is ideally also forthcoming.