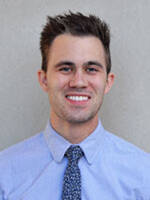 Response: The name “resident” stems from the historical practice of resident-physicians residing in hospitals as part of their training. Even after that practice abated, it was common for resident physicians to work 36 consecutive hours followed by 12 or fewer hours of rest. In 1989, the state of New York restricted resident physicians to work no more than 24 consecutive hours and no more than 80 hours per week as part of collective intervention to improve patient safety. The Accreditation Council for Graduate Medical Education (ACGME) then followed in 2003 by limiting work hours to an average of 80 per week over a month and no more than 30 consecutive hours of work.

Evidence accumulated demonstrating an association between shifts lasting ≥24 hours and adverse resident and patient safety. As a result, the Institute of Medicine convened a review and report on the issue, ultimately concluding that no resident should work more than 16 consecutive hours without sleep. This recommendation, combined with evidence following the 2003 rules, led the ACGME to issue new rules in 2011 that limited first-year resident physicians to work no more than 16 consecutive hours.

Our study compares resident-reported patient safety outcomes before and after this 2011 policy change.

Increasing weekly work hours were also associated with adverse patient outcomes. We found that residents exceeding 60 weekly hours of work were more likely to report medical errors. There was a dose-response relationship between weekly work hours and the rate of medical errors, despite adjusting for hours spent in direct patient care and other potentially confounding factors.

Response: Our data suggests significant benefit to patient safety following the 2011 work hour rules. However, these rules were rescinded in 2017, and first-year residents are again permitted to work 24 consecutive hours (with extension to 28 hours as needed for transitions of care). The risks associated with working these types of schedules should be made transparent to both patients and providers. A survey of U.S. adults in 2009 found that only 1% of the public supported allowing resident physicians to work more than 24 consecutive hours.

In the US, medical residents are allowed to average 80 weekly work hours per month. However, that’s not the case in most other countries. The European Union, Canada, Scandinavian countries, and New Zealand all serve as examples for safer, healthier work hours. A critical, national dialogue is needed to examine current practices and identify solutions so that the safety of patients and residents can be protected.

Response: Surveillance is needed to continue to monitor these patient safety outcomes now that the 2011 restrictions have been lifted. A focus should be added to better characterize resident well-being, including assessments of burnout, mental health, and professional fulfillment. An under-researched aspect of this issue is the health and well-being of the residents themselves. This should be prioritized by researchers and policymakers alike.

Disclosures This work was supported by the National Institute for Occupational Safety and Health and the National Heart, Lung and Blood Institute.