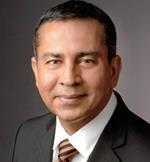 Response: Visual impairment in early childhood has profound impact on a child’s development. It can significantly impair development of visual, motor, and cognitive function1-3 and lead to adverse psychosocial consequences. There has been a lack of accurate data characterizing the current and expected numbers of visual impairment cases among preschool children in the United States from 2015 to 2060.

The number of preschool children with visual impairment is projected to increase by 26% in 2060. And 69% of these visual impairment will result from simple uncorrected refractive error such hyperopia and myopia, which can be prevented or treated by low-cost refractive correction.

Response: The number of preschool children with visual impairment is projected to increase disproportionally and a large proportion can be easily prevented or treated by low-cost refractive correction. Vision screening and early intervention targeting preschool populations is critical.

Response: There is a need of improved early detection and treatment of significant refractive errors among preschool children. There is also a need for a coordinated national surveillance system to continuously monitor the impact of preschool VI on the national, state, and local levels over time. Longitudinal studies are also needed to assess the long-term impact of visual impairment in preschool age.