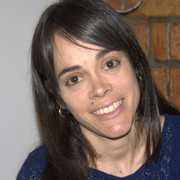 Response: Previous studies have shown that women who carry a certain gene variant (namely the 7-repeat allele of the dopamine type 4 receptor) have increased risk for obesity, especially if they also suffer from eating disorders. We have also demonstrated that girls who have this gene variant prefer to eat more fat when allowed to choose. However, for some neuropsychiatric conditions, this gene was shown to function as a “plasticity gene”. That is to say that being a carrier makes the individual more or less vulnerable to the disease, depending if the environment in which the person lives is bad (more risk) or good (less risk for the disease). This is called the “differential susceptibility” model.

Therefore, in this paper, we wondered if the above described higher fat intake already reported in 7-repeat girls could be modified by the social environment in which they are raised. We saw that if a girl has the gene variant and is raised in a poorer environment, she is more likely to prefer to eat fat in her diet as we knew. However, if she has the gene variant but is raised in a better socioeconomic environment, she actually eats less fat in her regular diet compared to her counterparts who do not carry the gene variant. This is important because we change the focus from the gene (previously “blamed” for increasing fat preference and obesity as the years pass by) to the environment, as the genetic association will increase or decrease the risk according to the conditions in which the child is raised.

Response: The general message is that the same individuals who may be at higher risk for obesity are also the ones who may benefit the most from support or from environmental improvements. Therefore, in terms of Public Health, target prevention may be an important option to consider for diseases such as obesity. In addition, we are observing that these interactions are able to influence a behavioral feature (fat preference) that may prone the child to obesity. Improving childhood environment may prompt the children to develop healthier behaviors, before obesity takes place, especially for those who are at the most risk (such as the ones who carry this gene variant, which is present in approximately 1 in every 5 people).

Response: I think the “differential susceptibility” model for obesity should be explored in other populations and ages, to verify for instance if this effect is seen only in childhood – potentially influencing Pediatrics practice down the road – or if it is still present in adulthood. In addition, we did not see an effect in boys in our study, therefore these sex-specificities should be looked into more detail as well.

Response: Thank you for the interest in our work.