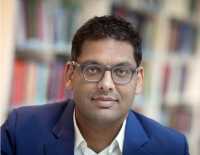 Haris Riaz MD (Cardiology Fellow Haitham Ahmed MD, MPH , Preventive Cardiologist, Cleveland Clinic, Ohio MedicalResearch.com: What is the background for this study? What are the main findings? Response: Elevated cholesterol (specially low density lipoprotein) has been causally linked to the development of coronary artery disease whereas the causal relationship between obesity and cardiovascular disease has remained controversial. This is important because of increasing epidemic of obesity and metabolic syndrome. Mendelian randomization studies provide one way of determining a causal association where we can look at the outcomes of individuals stratified by the presence or absence of a particular allele. Since these alleles are randomly distributed in the population of interest, this is "nature's randomized trial" in that the particular allele is naturally distributed and hence minimal risk of bias. In other words, lets say that I hypothesize that a particular gene "A" is linked with coronary artery disease. If the given gene is indeed causally linked with coronary artery disease, patients with activation of that gene should have significantly greater risk of developing coronary artery disease. Based on these principles, we conducted a systematic review and meta-analysis of the available evidence and found that the risk of developing coronary artery disease and diabetes is significantly increased with obesity. Although hypothesis generating, we think that these findings may suggest a causal association between obesity and cardiovascular disease.  END_OF_DOCUMENT_TOKEN_TO_BE_REPLACED
Continue Reading
Author Interviews, Nutrition, Weight Research / 01.09.2018 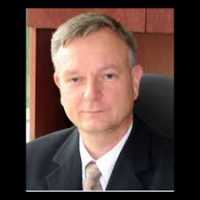 Sucralose is retained in body...

If Current Trends Continue, Most of Today’s Youth Will Be Obese By Age 35 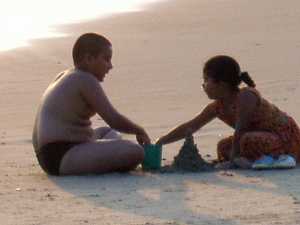 Mr. Zachary Ward Center for Health Decision Science Harvard T.H. Chan School of Public Health Boston, MA 02115 MedicalResearch.com: What is the background for this study? What are the main findings? Response: Although the current obesity epidemic in the US has been well documented in children and adults, less is known about the long-term risks of adult obesity for children given their current age and weight.  As part of the CHOICES project (Childhood Obesity Intervention Cost Effectiveness Study), we developed new methods to simulate height and weight trajectories across the life course based on individual-level data.  We also used a novel statistical approach to account for long-term population-level trends in weight gain, allowing us to make more realistic projections of obesity into the future.  END_OF_DOCUMENT_TOKEN_TO_BE_REPLACED
Continue Reading
Author Interviews, Heart Disease, Menopause, Weight Research, Women's Heart Health / 20.11.2016

MedicalResearch.com Interview with: Somwail Rasla, MD Internal Medicine Resident Memorial Hospital of Rhode Island Brown University MedicalResearch.com: What is the background for this study? Response: Weight cycling has been studied as a possible risk factors for all-cause mortality and was found to be insignificant in some studies and significant in other studies when adjusted to age and timing of when the weight cycling occurred. It was proposed that weight cycling may increase risk of chronic inflammation by which weight cycling was considered to be a risk factor for increased morbidity and all cause mortalities. Other studies have reported that frequent weight cycling was associated with shorter telomere length, which is a risk factor for several comorbidities including CHD. Earlier studies showed that weight cycling has an association with increase in size of adipocytes as well as fluctuation of serum cholesterol, triglycerides, glucose, insulin, and glucagon which may contribute to the increased incidence of diabetes. Alternatively, in the nurses’ health study , weight cycling was not predictive of cardiovascular or total mortality. END_OF_DOCUMENT_TOKEN_TO_BE_REPLACED
Continue Reading
Author Interviews, Heart Disease, Lancet, Mediterranean Diet, Weight Research / 07.06.2016

MedicalResearch.com Interview with: Dr Ramon Estruch, MD PhD Senior Consultant in the Internal Medicine Department of the Hospital Clinic Barcelona MedicalResearch.com: What is the background for this study? What are the main findings? Dr. Estruch: Although weight stability requires a balance between calories consumed and calories expended, it seems that calories from vegetable fats have different effects that calories from animals on adiposity. Thus, an increase of dietary fat intake (mainly extra virgin olive oil or nuts) achieved naturally in the setting of Mediterranean diet does not promote weight gain or increase in adiposity parameters such as waist circumference. END_OF_DOCUMENT_TOKEN_TO_BE_REPLACED
Continue Reading
Author Interviews, Genetic Research, Weight Research / 02.06.2016

West-African Genetic Ancestry Associated with Protection Against Obesity in Men

MedicalResearch.com Interview with: Dr. Yann C. Klimentidis PhD Assistant Professor Epidemiology and Biostatistics Department The University of Arizona Tucson, AZ 85724 MedicalResearch.com: What is the background for this study? What are the main findings? Dr. Klimentidis: There is a large gender disparity in obesity rates among African-Americans. African-American women have much higher rates of overweight and obesity as compared to African-American men. We hypothesized that genetic factors may partly explain this difference. So we tested whether the influence of West-African genetic ancestry on obesity differed among men and women. We found that greater West-African genetic ancestry was associated with protection against central obesity in men, but no such effect was observed in women. END_OF_DOCUMENT_TOKEN_TO_BE_REPLACED
Continue Reading
Author Interviews, Emergency Care, Surgical Research, Weight Research / 19.02.2016

MedicalResearch.com Interview with: Silje Steinsbekk PhD Associate Professor Dept. of Pschology Norwegian University of Science and Technology  Medical Research: What is the background for this study? Dr. Steinsbekk:  More than every third American child is overweight or obese. Childhood obesity is associated with multiple negative health outcomes such as metabolic syndrome and hypertension, as well as mental health problems, reduced self-esteem and impaired quality of life. Further, overweight and obesity tend to persist from childhood into adulthood, and the risk of adult overweight increases the longer a child has been overweight. Identifying modifiable factors contributing to the development and continuity of unhealthy weight is therefore needed. Genome-wide association studies (GWAS) have identified genetic risks for obesity and these genetic risks have shown to influence development of obesity partly by accelerating weight gain in childhood. Identification of mechanisms through which genetic risks for obesity accelerate weight gain in childhood can therefore provide insight into the developmental pathogenesis of obesity and thus inform intervention. Cross-sectional studies suggest appetite traits as a candidate mechanism. Appetite traits may therefore be targets of intervention to protect children against the effect of genetic predispositions to develop obesity. However, such a preventive approach presupposes that appetite traits indeed transmit the genetic effect upon later development of obesity. Notably, cross-sectional studies cannot establish whether appetite traits precede the development of obesity or are caused by it—a critical piece of information for clinicians seeking treatment targets to prevent childhood obesity. We therefore aimed to test whether genetic risk for obesity was associated with rapid childhood BMI growth and if this genetic effect was mediated by appetite traits, following a representative sample of Norwegian children from age 4 to 8. END_OF_DOCUMENT_TOKEN_TO_BE_REPLACED
Continue Reading
Author Interviews, Genetic Research, JAMA, Pediatrics, Weight Research / 02.02.2016

MedicalResearch.com Interview with: Profa. Patrícia Pelufo Silveira, MD, PhD Universidade Federal do Rio Grande do Sul Brazil Medical Research: What is the background for this study? What are the main findings? Response: Previous studies have shown that women who carry a certain gene variant (namely the 7-repeat allele of the dopamine type 4 receptor) have increased risk for obesity, especially if they also suffer from eating disorders. We have also demonstrated that girls who have this gene variant prefer to eat more fat when allowed to choose. However, for some neuropsychiatric conditions, this gene was shown to function as a “plasticity gene”. That is to say that being a carrier makes the individual more or less vulnerable to the disease, depending if the environment in which the person lives is bad (more risk) or good (less risk for the disease). This is called the “differential susceptibility” model. Therefore, in this paper, we wondered if the above described higher fat intake already reported in 7-repeat girls could be modified by the social environment in which they are raised. We saw that if a girl has the gene variant and is raised in a poorer environment, she is more likely to prefer to eat fat in her diet as we knew. However, if she has the gene variant but is raised in a better socioeconomic environment, she actually eats less fat in her regular diet compared to her counterparts who do not carry the gene variant. This is important because we change the focus from the gene (previously "blamed" for increasing fat preference and obesity as the years pass by) to the environment, as the genetic association will increase or decrease the risk according to the conditions in which the child is raised. END_OF_DOCUMENT_TOKEN_TO_BE_REPLACED
Continue Reading
Aging, Author Interviews, Cognitive Issues, JAMA, Mayo Clinic, Weight Research / 01.02.2016

MedicalResearch.com Interview with: Rosebud O. Roberts, M.B., Ch.B. Mayo Clinic Rochester, Minn.  Medical Research: What is the background for this study? Dr. Roberts: Decline in weight has been observed 10-20 years prior to onset of dementia. We wanted to study whether this decline also occurs for mild cognitive impairment (an intermediate stage in the progression from normal cognition to dementia). Medical Research: What are the main findings? Dr. Roberts: The main finding was that there was indeed a decline in weight (from the maximum weight in midlife to weight assessed in late life) was associated with a increased risk of mild cognitive impairment. END_OF_DOCUMENT_TOKEN_TO_BE_REPLACED
Continue Reading
Author Interviews, BMJ, Nutrition, Weight Research / 20.07.2015

Soda Linked To Higher Risk of Diabetes, Regardless of Obesity Status 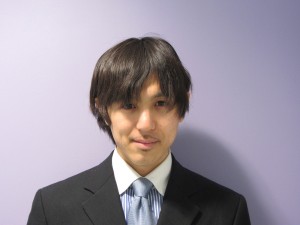 MedicalResearch.com Interview with: Dr. Fumiaki Imamura Ph.D. MRC Epidemiology Unit University of Cambridge Medical Research: What is the background for this study? What are the main findings? Dr. Imamura: Soft drink consumption is associated with risk of diabetes, but whether or not the association persists after controlling for obesity status is not known. Diet drinks and fruit juice may be good alternatives to soft drinks. However, while obese individuals may consume diet drinks or fruit juice instead of sugar-sweetened soft drinks, evidence was weak to determine whether or not consuming these beverages is associated with risk of diabetes. END_OF_DOCUMENT_TOKEN_TO_BE_REPLACED
Continue Reading
Author Interviews, OBGYNE, Weight Research / 20.07.2015 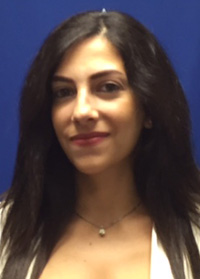