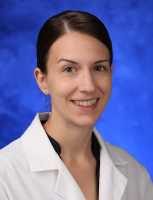 Response: Recent literature has revealed hospital charges related to neonatal abstinence syndrome (NAS) have increased. However, there are no data available regarding costs of an NAS admission. Because charges are variable and influenced by a number of factors, provider costs to care for a patient offer more meaningful information.

Response: We found a more than four-fold increase in the number of neonatal abstinence syndrome admissions between 2003 and 2012, resulting in a surge in annual costs from $61 million and approximately 68,000 hospital days in 2003 to nearly $316 million and over 291,000 hospital days in 2012. For a newborn affected by NAS, the hospital stay was nearly 3.5 times as long compared to a non-NAS patient and the costs more than 3 times greater.

Response: The incidence of neonatal abstinence syndrome is increasing in the United States and carries an enormous burden in terms of hospital days and costs. As suggested by previous literature, this increase can at least be partially attributed to the increase in maternal opioid use and the opioid epidemic. In an era of increasingly constrained health-care resources, the rising incidence of this syndrome has significant implications for policymakers, hospital administrators, and providers nationwide.

Response: Given the large variation in screening and treatment practices of neonatal abstinence syndrome, further study is needed to determine the most effective assessment and management strategies to limit hospital length of stay for these infants while optimizing outcomes. Studies evaluating novel therapeutic plans aimed at more cost-efficient management should be encouraged.

Response: Opioid use during pregnancy comes at a cost to the baby, both in potential withdrawal symptoms experienced as well as length of hospital admission to care for the newborn. Women of child-bearing age should be aware of the risk of withdrawal in their baby if they become pregnant while using or abusing opioids. Increased public health initiatives are need to target, educate, and provide resources for women of reproductive age in order to decrease antenatal drug exposure.

There are no disclosures.