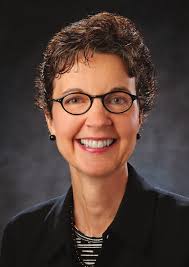 MedicalResearch.com: What is YRBSS?

Dr. Kann: The Youth Risk Behavior Surveillance System (YRBSS) is the only surveillance system designed to measure the major health risk behaviors among our nation’s high school students and to track those behaviors over time at the national, state, and local levels. Reports from this surveillance system have been released every two years since 1991. More information is available at: www.cdc.gov/yrbs.

MedicalResearch.com: What are the major findings from the National Youth Risk Behavior Survey (YRBS) in this year’s report?

Dr. Kann: o 10.8% of high school students smoked cigarettes during the past 30 days – the lowest level recorded since the National YRBS was first conducted in in 1991.

o 24.1% of high school students used electronic vapor products, including e-cigarettes, during the past 30 days.

o 41.5% of high school students who had driven a car or other vehicle during the past 30 days texted or emailed while driving.

o 16.8% of high school students had taken prescription drugs (e.g. Oxycontin, Percocet, Vicodin, codeine, Adderall, Ritalin, or Xanax) without a doctor’s prescription one or more times during their life.

o Computer use increased substantially. From 2003-2015, the percent of high school students using a computer 3 or more hours a day (for something besides school work) nearly doubled from 22.1% to 41.7%.

o Drinking soda or pop one or more times per day decreased from 27.0% in 2013 to 20.4% in 2015 among high school students.
MedicalResearch.com: How would you summarize the messages in this report?

o Many high school students engage in behaviors that place them at risk for the leading causes of morbidity and mortality.

o The prevalence of most health risk behaviors varies by sex, race/ethnicity, and grade and across states and large urban school districts.

o Since 1991, the prevalence of most health risk behaviors has decreased (e.g., riding with a driver who had been drinking alcohol, current cigarette use, and current sexual activity). But, the prevalence of other health risk behaviors has not changed (e.g., suicide attempts treated by a doctor or nurse, eating vegetables one or more times and two or more times per day, attending physical education classes) or increased (e.g., having not gone to school because of safety concern, having obesity, and being overweight).

o It is critical that we address the health risk behaviors practiced by students now, since they are associated with the leading causes of mortality and morbidity in this country.
MedicalResearch.com: What can be done to reduce risk behaviors and improve adolescent health?

o There is no one simple solution to reducing the prevalence of health risk behaviors among high school students.

o Youth need to be provided with the knowledge, skills, and motivation to avoid risky behaviors and protect their health. Families, schools, community organizations, and youth themselves must work together to help address these problems. Interventions implemented by these groups should be based on the best behavioral research available.

MedicalResearch.com: What should readers take away from the report?

Dr. Kann: The YRBSS is an important tool to help us develop better programs and policies for youth. The YRBSS helps identify newly emerging risk behaviors and monitor long-standing risk behaviors over time. While overall trends are positive, the results highlight the continued need for research and interventions focused on reducing health risk behaviors among youth.