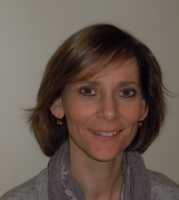 Response: In recent years, use of stimulant medications in adults, including women of reproductive age, has increased substantially.

However, data regarding the safety of stimulant medications in early pregnancy are sparse and conflicting.  For example, two recent cohort studies failed to detect an association between use of methylphenidate in early pregnancy and overall or cardiac malformations, while another found an 81% increased risk of cardiac malformations, although the estimate was imprecise.

Given the rapidly increasing use of stimulant medications during pregnancy and among women of reproductive age who may become pregnant inadvertently, there is an urgent need to better understand their safety.

Response: If pregnant women take methylphenidate during the first trimester of pregnancy, they have a small increased risk of having a baby born with a cardiac malformation.  No such increase in risk was seen for amphetamines.  This is important evidence to consider for pregnant women and for young women of reproductive age when weighing the potential risks and benefits of different treatment strategies for ADHD.  We do want to emphasize, however, that cardiac malformations are a serious, but rare outcome.  They affect approximately 10 per 1,000 births.  With use of methylphenidate, this risk appears to increase to about 13 per 1,000 births.  This risk would have to be weighed against the risks associated with discontinuing treatment during pregnancy when symptoms are severe and interfere significantly with daily functioning.

Response: This is the first study to issue from the International Pregnancy Safety Study (InPreSS) consortium, a collaboration among research groups with access to health care databases with demonstrated ability to study the safety of medications in pregnancy. The goal of InPreSS is to provide the best available human data on the safety of prescription medications during pregnancy by combining large-scale data from several countries: nationwide Medicaid data in the US, and the national registries in the five Nordic countries that cover virtually all pregnancies in these countries. In this initial InPreSS study, we used the collaborative network to follow up on a potential safety signal initially identified in the US cohort.