Polyphenols in Hops Studies for Role in Alzheimer’s Disease Prevention 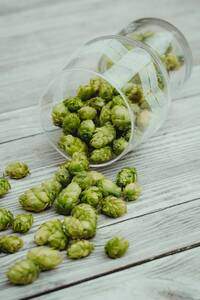 Response: We started many years ago by studying some natural and synthetic molecules that were able to counteract the early stages of this disease. With a view to early prevention, we wondered if these molecules could be routinely taken with the diet or dietary supplements. So our studies focused on the search for bioactive molecules present in food and edible plants. Hops are very rich in polyphenolic compounds, and for this reason it is historically used for the production of beer, but also for the preparation of herbal teas and infusions, and its uses in traditional medicine are known. In recent years we have also collected interesting results on Coffee, Sage, Radix Imperatoriae, Cocoa and Cinnamon extracts. END_OF_DOCUMENT_TOKEN_TO_BE_REPLACED
Continue Reading
Addiction, Author Interviews, Opiods / 21.08.2018

Bikram Subedi, PhD Assistant Professor of Analytical Chemistry Murray State University, Murray KY MedicalResearch.com: What is the background for this study? What are the main findings? Response: The USA is one of the major consumers of diverse neuropsychiatric and illegal drugs, and recently declared a national public health emergency on opioid abuse. Law enforcement typically utilized conventional methods of determining drug consumption rate which are based on survey questionnaire, hospital admissions, drug-related crime statistics, and self-reported information. Conventional methods typically underestimate the actual consumption rate of drugs. Our new approach of determining consumption rates of drugs in community is time and cost effecting and comprehensive. Based on levels of drugs quantified from raw sewage, the per capita consumption rates of several illicit drugs including methamphetamine, amphetamine, cocaine, and THC in two communities of Western Kentucky (similar population and only ~50 miles apart) were significantly different. During special events such as July 4th and 2017 solar eclipse, the consumption rates were found even higher. The consumption rate of methamphetamine was among one of the highest ever reported in the country.  END_OF_DOCUMENT_TOKEN_TO_BE_REPLACED
Continue Reading
This website uses cookies to improve your experience. We'll assume you're ok with this, but you can opt-out if you wish.AcceptReject Read More
Privacy & Cookies Policy