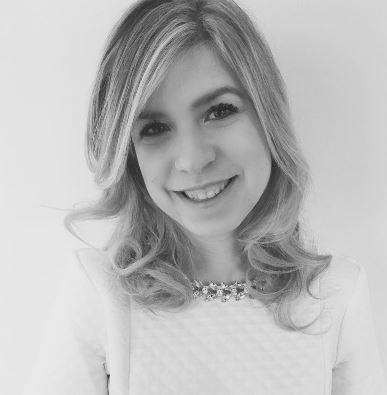 MedicalResearch.com Interview with: Alexandra Urman, MPH Clinical Research Manager Clinical Development IBM Watson Health  MedicalResearch.com: What is the background for this study?  Response: Cancer statistics show only 3-5% of cancer patients participate in clinical trials although up to 20% may be eligible. Dr. Tufia Hadad, a medical Oncologist at the Mayo Clinic in Rochester, Minnesota sought to address this issue and spearheaded a project conducted at the Rochester facility in collaboration with IBM Watson Health. The objective was to determine if the use of cognitive computing increased clinical trial enrollment and screening efficiency in the breast cancer clinic. Watson for Clinical Trial Matching (CTM) is a cognitive system which utilizes natural language processing to derive patient and tumor attributes from unstructured text in the electronic health record that can be further used to match a patient to complex eligibility criteria in trial protocols. END_OF_DOCUMENT_TOKEN_TO_BE_REPLACED
Continue Reading
ASCO, ASCO18, Author Interviews, Cancer Research / 07.06.2018

MedicalResearch.com Interview with: Axel Le Cesne, MD Institute de Cancerologie Gustave-Roussy Villejuif, France MedicalResearch.com: What is the background for this study? What are the main findings? Response: With the exception of a study in translocation-related sarcomas (TRS) (Kawai, TLO 2015), trabectedin was never compared to best supportive care (BSC) in a randomized study in patients with all STS histotypes. This trial required by French Health Authorities in 2014. The tumor control rate after 6 cycles of trabectedin is similar (30%) to previous study in French referral centers (T-DIS trial, Le Cesne, Lancet Oncol 2015) evaluating trabectedin in all subtypes of STS. As already reported, trabectedin was well tolerated with no cumulative toxicities This study met its first endpoint as a preplanned PFS analysis showed a significant improvement in median PFS with trabectedin  over BSC in patients with pretreated ASTS including multiple histologies (HR: 0.39). A major impact of trabectedin was observed in the L-STS cohort (liposarcomas and leiomyosarcomas) with a median PFS of 1.4 months in the BSC arm and 5.13 m (HR: 0.29, p<0.0001) in the trabectedin arm. respectively). The benefit observed with trabectedin in the L-STS cohort of patients is similar to those observed in the US trial in the same population (4.2 vs 1.5m for DTIC) (Demetri, JCO 2016) and in the Japanese trial mentioned above (5.8 vs 0.9m for BSC) (Kawai, TLO 2015) After the crossing over allowed by the protocol (trabectedin for patients progressing in the BSC arm), safety and efficacy profiles of trabectedin remains similar. We did not observe a difference in terms of OS between the two arms, probably due to the cross-over planned by the protocol.  END_OF_DOCUMENT_TOKEN_TO_BE_REPLACED
Continue Reading
ASCO, ASCO18, Author Interviews, Breast Cancer, Brigham & Women's - Harvard / 06.06.2018

MedicalResearch.com Interview with: Dr. Aditya Bardia  MD, MPH Assistant Professor, Medicine Harvard Medical School Attending Physician, Medical Oncology Massachusetts General Hospital MedicalResearch.com: What is the background for this study? What are the main findings? Response: Hormone receptor-positive (HR+)/ and human epidermal growth factor receptor 2-negative (HER2-) breast cancer is the most common sub-type of breast cancer. While metastatic HR+/HER2- breast cancer is initially treated with endocrine therapy-based combinations, including CDK 4/6 inhibitors, patients eventually have disease progression, but the response rate to standard chemotherapy is low (~10-15 percent, post-taxane setting). In particular, patients with visceral disease have a poor prognosis. In this trial, we evaluated the efficacy of sacituzumab govitecan in patients with metastatic HR+/HER2- breast cancer, who had measurable disease and had received prior therapies for metastatic breast cancer. We observed an overall response rate of 31 percent in a heavily pre-treated population (prior number of therapies for metastatic breast cancer = 5; number of patients with prior CDK 4/6 inhibitor use = 69 percent). The responses were durable (median duration of response = 7.4 months). Neutropenia was the main adverse event noted (grade 3 neutropenia = 42 percent), and two patients (3.7 percent) discontinued the clinical trial due to adverse events. The response rate in patients with visceral metastaseswas 27 percent.  END_OF_DOCUMENT_TOKEN_TO_BE_REPLACED
Continue Reading
ASCO, ASCO18, Author Interviews, Breast Cancer, Cancer Research / 05.06.2018

MedicalResearch.com Interview with: Dr. Giuseppe Del Priore, MD, MPH Chief Medical Officer of Tyme Inc. MedicalResearch.com: What is the background for this study? What are the main findings? Response: Metastatic breast cancer, sometimes also called “stage IV” or “advanced breast cancer,” is the most extensive stage of breast cancer. It is an invasive cancer that has spread to other parts of the body, most often bones, lungs, liver, and brain. The current standard of care for metastatic breast cancer is systemic drug therapies, such as hormone therapy, chemotherapy, targeted drugs or a combination of these.  Because they reach every cell in the body, they have side effects that can worsen the patient’s quality of life. Existing treatments cannot cure metastatic breast cancer and are palliative in intent. This presents a great unmet need and challenge in treating patients with metastatic breast cancer. SM-88 is a novel relatively non-toxic combination therapy that harnesses cancer’s unique cell metabolism and oxidative stress to selectively drive cancer cell death. Earlier studies with SM-88 therapy demonstrated its potential efficacy in breast and other metastatic cancers. In this current report, we assessed the efficacy of SM-88 in patients with metastatic breast cancer from the first in human “Phase 1” and compassionate use programs from 2012 to 2017. Data demonstrated the potential efficacy of SM-88 in metastatic breast cancer with favorable safety and quality of life profiles. In addition, there were no indications of cross-resistance based on hormone profile, previous treatments or metastatic site. This is an extremely important finding since most cancer deaths are due to resistance to subsequent therapies.  As predicted by the SM-88 mechanism of action, we could not detect this problem with SM-88 use. END_OF_DOCUMENT_TOKEN_TO_BE_REPLACED
Continue Reading
ASCO, ASCO18, Author Interviews, Dermatology, Melanoma, Merck, University of Pittsburgh / 05.06.2018

What Surveillance Testing Should Be Done After Melanoma Diagnosis?

MedicalResearch.com Interview with: Dr. Diwakar Davar, MD Assistant Professor of Medicine Division of Hematology/Oncology University of Pittsburgh  MedicalResearch.com: What is the background for this study? What are the main findings? Response: The optimal surveillance strategy to detect recurrence in cutaneous melanoma remains elusive. Risk of recurrence increases with higher stage, and is especially high for patients with stage IIIC disease. Although consensus guidelines agree on surveillance imaging for high-risk (stage IIB-IIIC) MEL, there is no consensus regarding optimal frequency/modality in these patients. NCCN guidelines suggest chest radiography (CXR) at 6- to 12-month intervals for stage IA-IIA melanoma  patients; although this is controversial. There exists a great deal of practice variation in the surveillance of these patients. END_OF_DOCUMENT_TOKEN_TO_BE_REPLACED
Continue Reading
ASCO, Author Interviews, Cancer Research, Hematology / 05.06.2018

Dr. Javier Gómez García Senior Manager. Biostatistics and Data Management PharmaMar Madrid Area, Spain MedicalResearch.com: What is the background for this study? What are the main findings? Response: Multiple myeloma accounts for approximately 1 percent of all cancers and slightly more than 10 percent of all hematologic malignancies. At present, more than 80,000 new cases are reported worldwide each year, and the disease prevalence is increasing. Plitidepsin is a synthetic cyclic depsipeptide isolated from the marine tunicate Aplidium albicans targeting the proto-oncogene eEF1A2, which is over-expressed in multiple myeloma cells. In ADMYRE trial 255 relapsed and refractory multiple myeloma patients with at least three but not more than six prior regimens, including at least bortezomib and lenalidomide/thalidomide, were randomized at 2:1 ratio to receive plitidepsin 5 mg/m2 D1 and 15 plus DXM 40 mg D1, 8, 15 and 22 (P+DXM), or DXM 40 mg D1,8,15 and 22 (DXM) every four weeks. P+DXM met the primary endpoint, progression-free survival (PFS) assessed by an Independent Review Committee, showing a 35% risk reduction in the probability of progression or death. Indeed, a 20% risk reduction in the probability of death was also observed in spite of the fact that 44% of patients from control arm (DXM) switched to P+DXM arm after progression. Therefore, survival in the control arm might have been extended by the effect of plitidepsin, increasing the post progression survival and overestimating the survival observed in the control arm and consequently underestimating the actual difference between treatment arms. Several methods were used to assess the impact of crossover and the robustness of the results even when penalizations were applied; PharmaMar believes that strong evidence in terms of survival benefit in favour of P+DXM has been established.  END_OF_DOCUMENT_TOKEN_TO_BE_REPLACED
Continue Reading
ASCO, Author Interviews, Pancreatic / 04.06.2018

MedicalResearch.com Interview with: Dr. Marcus Smith Noel, MD University of Rochester James P. Wilmot Cancer Institute Strong Memorial Hospital MedicalResearch.com: What is the background for this study? What are the main findings? Response: Pancreatic cancer outcomes are poor even despite improvement in the overall prognosis for many cancers. Early detection of pancreatic cancer is uncommon because early stage pancreatic cancer often has few symptoms. Unfortunately, most cases are diagnosed at more advanced stages, which is in part why the disease is so lethal. Current standard of care treatments are highly toxic and not effective long-term, as about 90% of patients diagnosed with advanced or metastatic pancreatic cancer do not survive a year. SM-88 is a relatively non-toxic novel combination therapy designed to utilize cellular metabolism and oxidative stress to drive cancer cell death. This therapy has previously demonstrated activity in various metastatic cancers, such as pancreatic cancer, and is currently being evaluated in an ongoing Phase II trial for metastatic pancreatic cancer. This study is a trial in progress report of Tyme’s Phase II trial in patients with metastatic cancer. The Phase II trial is designed as an open-label, multi-center study of SM-88 in patients with metastatic pancreatic cancer who have failed at least one prior line of therapy. In the first stage of the trial, 36 patients will be randomized 1:1 to receive a dose of either a currently utilized active regimen or a double dose per day of SM-88. Primary endpoints are overall response rate (ORR) and overall survival (OS). Secondary endpoints include progression-free survival (PFS), disease control rate, duration of response and time to subsequent treatment. The purpose of the first stage of the study is to analyze the safety, efficacy and pharmacokinetics of SM-88 in patients.  The selected dose of SM-88 will be continued into the second stage of the trial for approximately 81 additional patients. END_OF_DOCUMENT_TOKEN_TO_BE_REPLACED
Continue Reading
Abbvie, ASCO, Author Interviews, Cancer Research, Leukemia / 03.06.2018

MedicalResearch.com Interview with: Dr. Danelle James, M.D., M.A.S. Head of Clinical Science Pharmacyclics, an AbbVie Company MedicalResearch.com: What is the background for this study? What are the main findings? Response: CAPTIVATE is a Phase 2 study investigating IMBRUVICA (ibrutinib) plus VENCLEXTA (venetoclax) for the treatment of Chronic Lymphocytic Leukemia (CLL) in the first-line setting. It was designed to evaluate if remission with undetectable minimal residual disease (MRD) can provide treatment-naïve CLL/SLL patients with treatment holidays (a period of time when a patient is able to stop therapy). The study enrolled 164 patients with previously untreated CLL or SLL. In preclinical and ongoing clinical studies, we’ve seen complementary activities with this combination. The combination has also previously shown potential for deeper remissions, as well as potential for lower risk of tumor lysis syndrome with ibrutinib as the lead-in therapy. Early data from CAPTIVATE show promising activity for the combination in this patient population, with 77 percent of the first 30 patients achieving responses with no detectable MRD in the blood after only six cycles of the combination therapy. Approximately nine out of 10 of the first patients achieved undetectable MRD after 12 cycles of combination therapy (which were preceded by three cycles of single agent ibrutinib, for a total of 15 cycles of therapy). Specifically, 86 percent of the first 14 patients achieved undetectable MRD in the marrow and 93 percent in the peripheral blood. END_OF_DOCUMENT_TOKEN_TO_BE_REPLACED
Continue Reading