MedicalResearch.com Interview with: Roy S. Herbst, M.D., Ph.D. Ensign Professor of Medicine (Medical Oncology) and Professor of Pharmacology Chief of Medical Oncology Yale Cancer Center and Smilow Cancer Hospital Associate Cancer Center Director for Translational Research Yale Cancer Center  MedicalResearch.com: What is the background for this study? How does osimertinib differ from prior versions of EGFR-TKI Inhibitors? o   ADAURA is a randomized, double-blinded, global and placebo-controlled Phase III trial in the adjuvant treatment of 682 patients with Stage IB, II, and IIIA EGFRm NSCLC following complete tumor resection and adjuvant chemotherapy as indicated. Patients were treated with osimertinib 80 mg once-daily oral tablets or placebo for three years or until disease recurrence. The primary endpoint is disease free survival (DFS) in Stage II and IIIA patients, and a key secondary endpoint is DFS in Stage IB, II and IIIA patients. Osimertinib is not currently approved in the adjuvant setting in any country. o   Osimertinib is a third-generation, irreversible EGFR-TKI with clinical activity against central nervous system metastases. The results of the Phase III ADAURA trial of osimertinib demonstrate for the first time in a global trial that an EGFR inhibitor can change the course of early-stage EGFR-mutated lung cancer for patients. o   ADAURA results were first presented in May during the American Society of Clinical Oncology ASCO20 Virtual Scientific Program. END_OF_DOCUMENT_TOKEN_TO_BE_REPLACED
Continue Reading
Author Interviews, Cancer Research, Prostate Cancer / 01.10.2020 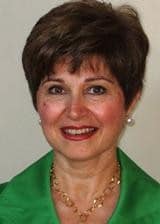 MedicalResearch.com Interview with: Maha Hussain, MD, FACP, FASCO Genevieve Teuton Professor of MedicineDivision of Hem/Onc Deputy Director Robert H. Lurie Comprehensive Cancer Center Northwestern University Feinberg School of Medicine MedicalResearch.com: What is the background for this study? Response: PROfound is an open-label international Phase III clinical trial which evaluated the efficacy and safety of Olaparib (Lynparza) versus enzalumatide or abiraterone and prednisone in patients with metastatic castration-resistant prostate cancer (mCRPC) who have progressed on prior treatment with NHA treatments (abiraterone and prednisone or enzalutamide) and have a qualifying tumor mutation in BRCA1/2, ATM or one of the other genes involved in the HRR pathway. The trial design included 2 cohorts; Cohort A included patients with BRCA1,2 or ATM and Cohort 2 included patients with 12 other HRR genes. END_OF_DOCUMENT_TOKEN_TO_BE_REPLACED
Continue Reading
Asthma, AstraZeneca, Author Interviews / 22.08.2020 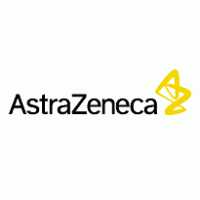 MedicalResearch.com Interview with: Frank Trudo, MD MBA Vice President, US Medical Affairs Respiratory & Immunology AstraZeneca MedicalResearch.com: What is the background for this study? Response: ETHOS is a randomized, double-blinded, multi-center, parallel-group, 52-week trial to assess the efficacy and safety of PT010 in symptomatic patients with moderate to very severe COPD and a history of exacerbation(s) in the previous year. Outcomes in the ETHOS trial included, as a primary endpoint, the rate of moderate or severe exacerbations. MedicalResearch.com: How does PT010 differ from other treatments for COPD? END_OF_DOCUMENT_TOKEN_TO_BE_REPLACED
Continue Reading
AstraZeneca, Author Interviews, Rheumatology / 11.06.2020

MedicalResearch.com Interview with: Richard Alan Furie, MD Professor, Center for Autoimmune, Musculoskeletal and Hematopoietic Diseases Feinstein Institutes for Medical Research Chief, Division of Rheumatology, Northwell Health Professor of Medicine, Donald and Barbara Zucker School of Medicine Hofstra/Northwell MedicalResearch.com: What is the background for this study? Response: It has been known for decades that type I interferons play a role in SLE pathogenesis, and therefore the burning question has been whether inhibitors of these pro-inflammatory cytokines would reduce SLE disease activity and could be used as a therapeutic.  There are several strategies for inhibiting the type I interferon pathway, but a conventional approach is to create an antibody against the target protein. The first few clinical trials in SLE evaluated monoclonal antibodies to alpha interferon.  Results were modest at best.  Since this approach only inhibited one (alpha) of five type I interferon subtypes, there were still four subtypes unaffected that could provoke inflammation.  A rather crucial piece of information is that all five subtypes bind to the same receptor.  Therefore, if the receptor is blocked as opposed to a single cytokine, the entire type I interferon family of proteins would be prevented from binding the receptor. This was accomplished with anifrolumab. The phase 2 study in SLE (known as MUSE), which yielded very robust results, was reported several years ago.  It served as a foundation for the phase 3 program, which consisted of two pivotal studies known as TULIP-1 and TULIP-2. Both studies were reported at the 2019 American College of Rheumatology meeting in November, 2019.  Although TULIP-1 did not achieve the primary endpoint, several secondary endpoints were met.  TULIP-2 was successful.  Between all three studies, approximately 1000 patients were enrolled.  Taking advantage of these large numbers, additional analyses of the combined datasets afforded our ability to answer questions about the effects of anifrolumab that were not previously addressed with greater power. In the narrative that accompanied my presentation, I stated “In lupus, disease activity begets damage, and damage begets more damage.  The long-term sequelae of heightened disease activity, better known as flare, are significant.  Regardless of how flare is defined or measured, a major goal is to prevent flare. It is quite justified to think a drug that reduces lupus disease activity should also prevent flares. Well, the proof is in the pudding. In this analysis, we evaluated the effects of anifrolumab on flares.  Recall that anifrolumab targets the type I interferon receptor, blocking all 5 type I subtypes.  The phase 2 MUSE study yielded robust results as did the phase 3 TULIP-2 study.  While, the phase 3 TULIP-1 study did not achieve its primary endpoint, many secondary endpoints showed benefit. In this study, we focused on flare, and examined TULIP-1 and 2 individually as well as pooled data from both studies.”  END_OF_DOCUMENT_TOKEN_TO_BE_REPLACED
Continue Reading
ASCO, AstraZeneca, Author Interviews, Cancer Research, Ovarian Cancer / 02.06.2020 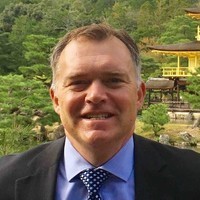 MedicalResearch.com Interview with: Mark Sims US Franchise Head Women’s Cancer & DNA Damage Response AstraZeneca  MedicalResearch.com: What is the background for this study? What are the main findings? Response: SOLO2 is a Phase III, randomized, double-blind, multicenter trial designed to determine the efficacy and safety of LYNPARZA tablets as a maintenance monotherapy compared with placebo, in patients with platinum-sensitive relapsed or recurrent gBRCA-mutated (BRCAm) ovarian cancer. The trial included 295 patients with germline BRCA1 or BRCA2 mutations who had received at least 2 prior lines of platinum-based chemotherapy and were in complete or partial response. The trial met its primary endpoint in October 2016, showing maintenance treatment with LYNPARZA significantly improved progression-free survival to a median of 19.1 months vs 5.5 months with placebo (a hazard ratio of 0.30; a 95% confidence interval of 0.22 to 0.41; a p value of <0.0001). END_OF_DOCUMENT_TOKEN_TO_BE_REPLACED
Continue Reading
Asthma, AstraZeneca, Author Interviews / 06.05.2020 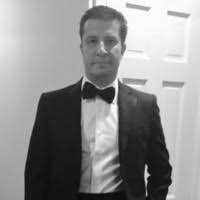 MedicalResearch.com Interview with: Ubaldo Martin MD VP Clinical Respiratory RIA Late Stage Development AstraZeneca MedicalResearch.com: What is the background for this study? Response: BORA was an extension study evaluating the long-term safety and specific aspects of efficacy in patients who had previously been in the benralizumab pivotal studies.  After the patients completed the pivotal studies (Calima, Sirocco and Zonda), they were eligible to join BORA which followed adults for an additional year and adolescent for an additional 2 years.  All patients receive one of two dosages of benralizumab.  The abstract reports the outcomes of adolescents in the BORA study who were followed for approximately 3 years in total. END_OF_DOCUMENT_TOKEN_TO_BE_REPLACED
Continue Reading
AstraZeneca, Author Interviews, Diabetes, Heart Disease, JAMA / 01.04.2020

MedicalResearch.com Interview with: John J. V. McMurray,  MD FRCP FESC FACC FAHA FRSE FMedSci British Heart Foundation Cardiovascular Research Centre University of Glasgow Glasgow, United Kingdom  Kieran F Docherty DAPA-HF investigator British Heart Foundation Cardiovascular Research Centre, University of Glasgow     MedicalResearch.com: What is the background for this study? Response: DAPA-HF was a double-blind randomized controlled trial comparing dapagliflozin 10 mg once daily with placebo in 4744 patients with heart failure and reduced ejection fraction (HFrEF). The primary outcome was a composite of time to occurrence of a worsening heart failure event (principally heart failure hospitalization) or cardiovascular death, whichever came first. Dapagliflozin reduced the primary outcome by 26% and reduced the risk of each of heart failure hospitalization and cardiovascular death individually, as well as overall mortality. Patient symptoms were also improved. The aim of the present report was to examine the effect of dapagliflozin separately in patients with and without type 2 diabetes at baseline (45/55% split in the trial). The reason for this was that dapagliflozin was originally introduced as a glucose-lowering medication for the treatment of type 2 diabetes. We find that dapagliflozin was equally beneficial in patients with and without diabetes and was as well tolerated in patients without diabetes as in those with diabetes. More remarkably, among the patients without diabetes, dapagliflozin was as effective in participants with a completely normal glycated haemoglobin (HbA1c) as in those with prediabetes. In patients with a normal HbA1c, dapagliflozin did not lead to any reduction in HbA1c, but did improve clinical outcomes.  END_OF_DOCUMENT_TOKEN_TO_BE_REPLACED
Continue Reading