Lief Pagalan, MSc Faculty of Health Sciences, Simon Fraser University Research Trainee, Centre for Hip Health and Mobility Vancouver Coastal Health Research Institute MedicalResearch.com: What is the background for this study? What are the main findings? Response: Pregnant women more heavily exposed to air pollution had higher chances of having children with autism spectrum disorder (ASD). The causes of ASD are not fully understood, but this study adds to the growing evidence that environmental risk factors have a role to play. Our study found an association between autism spectrum disorder in the children of women more heavily exposed to air pollution. We observed these results using well-defined cases of ASD and in Vancouver, Canada, which typically has lower air pollution. These findings are consistent with studies done in the U.S., Israel, and Taiwan, which have also found an increased risk of ASD from exposure to air pollution.  END_OF_DOCUMENT_TOKEN_TO_BE_REPLACED
Continue Reading
Author Interviews, Autism, Dental Research, Mineral Metabolism, Pediatrics / 31.05.2018 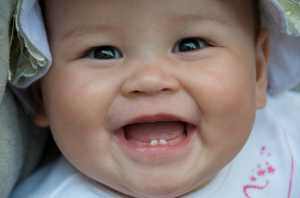 Christine Austin PhD Department of Environmental Medicine and Public Health Icahn School of Medicine at Mount Sinai New York, NY 10029 MedicalResearch.com: What is the background for this study? What are the main findings? Response: Previous studies have shown that some metals (nutrients and toxicants) are absorbed and metabolized differently in children with autism spectrum disorder compared to neuro-typical children. However, it is not known when this dysregulation occurs and it is incredibly difficult to study prenatal metal metabolism. Teeth, which begin forming prenatally, grow by adding a new layer every day, much like the yearly growth rings in trees. Each layer formed captures many of the chemicals circulating in the body at the time. We have developed a method to measure metals in these layers to build a timeline of metal exposure during the prenatal and early childhood period. We found that the cycles of copper and zinc metabolism were disrupted in children with ASD and used this feature to develop a method to predict the emergence of autism spectrum disorder with 90% accuracy. END_OF_DOCUMENT_TOKEN_TO_BE_REPLACED
Continue Reading
Author Interviews, Autism, Pharmaceutical Companies, Roche, Vanderbilt / 16.02.2018

MedicalResearch.com Interview with: Dr Kevin Sanders, MD Principle Medical Director-Product Development Neuroscience Assistant Professor, Departments of Psychiatry and Pediatrics Vanderbilt University  MedicalResearch.com: What is the background for this announcement?  Response: The FDA has granted Roche Breakthrough Therapy Designation for its investigational oral medicine balovaptan (previously known as RG7314), a vasopressin 1a (V1a) receptor antagonist for individuals with autism spectrum disorder (ASD). FDA Breakthrough Therapy Designation for balovaptan is primarily based on efficacy findings in the VANILLA (Vasopressin ANtagonist to Improve sociaL communication in Autism) study, a Phase II trial of balovaptan in adults with ASD. Trial results were first presented at the International Congress for Autism Research (IMFAR) in May 2017. Treatment effects were observed on the Vineland-II (secondary endpoint) and also demonstrated that balovaptan was safe and well tolerated by the subjects in the study. The Vineland-II is a scale that measures socialization, communication and daily living skills. This data was presented to the FDA and is part of the basis of the Breakthrough Designation.  END_OF_DOCUMENT_TOKEN_TO_BE_REPLACED
Continue Reading
Author Interviews, Autism, Nature / 20.01.2018

MedicalResearch.com Interview with: Di Wu, Msc PhD candidate at Indiana University Graduate Research Assistant Department of Physics Indiana University Bloomington Linked-in: www.linkedin.com/in/di-wu-3a197373  MedicalResearch.com: What is the background for this study? What are the main findings? Response: Current clinical diagnosis and evaluations of Autism Spectrum Disorder (ASD). has remained subjective in nature. There is a need to have objective assessments for the disorder. We discovered in this study an important motion feature that was unknown before. This feature provides a clear screening of ASD. It gave a remarkable quantitative connection between the way children with ASD move and their psychiatric scores, like the IQ score and the Vineland Adaptive Behavior Scale. This connection we captured suggests that the motor feature may be an essential core feature characterizing ASD deficits, as well as neurodevelopment in general. END_OF_DOCUMENT_TOKEN_TO_BE_REPLACED
Continue Reading
Author Interviews, Autism, Pediatrics, Race/Ethnic Diversity / 17.10.2017

MedicalResearch.com Interview with: Maureen Durkin, PhD, DrPH Professor and Interim Chair Department of Population Health Sciences University of Wisconsin School of Medicine and Public Health Madison, WI  MedicalResearch.com: What is the background for this study? What are the main findings? Response: Previous studies of the prevalence of autism spectrum disorder (ASD) among children in the U.S. have found two consistent patterns.  One is a higher prevalence among white non-Hispanic children than among black non-Hispanic or Hispanic children.  The other is a positive socioeconomic gradient, meaning that ASD prevalence in the U.S. is found to increase with increasing income and other indicators of socioeconomic status. One of the findings of this new study is that the racial and ethnic differences in autism spectrum disorder prevalence are not explained by socioeconomic factors, because even after adjusting for socioeconomic factors, ASD prevalence was found to be significantly lower in black and Hispanic children than in white non-Hispanic children.  Another finding is that the gap in ASD prevalence between children of high and low socioeconomic status did not change over time between 2002 and 2010, though the overall prevalence of ASD more than doubled during this period. END_OF_DOCUMENT_TOKEN_TO_BE_REPLACED
Continue Reading
Author Interviews, Autism, JAMA, Pediatrics / 20.11.2016

MedicalResearch.com Interview with: Dr. Melanie Penner, MD FRCP (C) Clinician investigator and developmental pediatrician Holland Bloorview Kids Rehabilitation Hospital  MedicalResearch.com: What is the background for this study? What are the main findings? Response: Studies have shown that accessing intensive behavioral intervention (IBI) services at younger ages is associated with improved outcomes for children with autism spectrum disorder (ASD). In Ontario, Canada, children wait years to access publicly-funded IBI. This analysis estimated costs and projected adult independence for three IBI wait time scenarios: the current wait time, a wait time reduced by half, and an eliminated wait time. The model inputs came from published literature. The main findings showed that eliminating the wait time generated the most independence and cost the least amount of money to both the government and society. With no wait time for intensive behavioral intervention, the government would save $53,000 (2015 Canadian dollars per person) with autism spectrum disorder over their lifetime, and society would save $267,000 (2015 Canadian dollars). END_OF_DOCUMENT_TOKEN_TO_BE_REPLACED
Continue Reading
Accidents & Violence, Author Interviews, Autism, JAMA / 12.01.2016

MedicalResearch.com Interview with: Diana Schendel, Professor MSO Department of Public Health Institute of Epidemiology and Social Medicine and Department of Economics and Business                             National Centre for Register-based Research Aarhus University Denmark Medical Research: What is the background for this study? What are the main findings? Dr. Schende: Elevated mortality has been reported in persons with autism spectrum disorder (ASD), especially with comorbid epilepsy and intellectual disability. The effect of comorbidity on the risk for mortality in ASD, however, has not been rigorously examined in large, population-based studies. Our study aim was to investigate ASD mortality patterns overall and to assess the specific effects of comorbid mental, behavioral, and neurologic disorders on ASD mortality into young adulthood. Our study comprised a nation-wide Danish cohort of 1.9 million children of whom 20,492 were diagnosed with ASD. We observed 68 deaths in persons with ASD; 83% of the persons with ASD who died had comorbid mental/behavioral or neurologic disorders. The risk for mortality was two-fold higher in persons with autism spectrum disorder overall. An elevated risk for mortality was also seen in persons who had ASD only, or had both ASD and other neurologic or mental/behavioral disorders, compared to persons without these other morbidities and no ASD. However, the co-occurrence of ASD in persons with neurologic, or with mental/behavioral disorders, added no additional mortality risk compared to persons with these disorders and no autism spectrum disorder. These results suggest that the mechanisms underlying mortality risk in ASD in part may be shared with these other disorders, although what might be the specific shared mechanisms cannot be determined with these data. END_OF_DOCUMENT_TOKEN_TO_BE_REPLACED
Continue Reading
Author Interviews, Autism / 12.09.2014

MedicalResearch.com: Interview with: Anilkumar Pillai, Ph.D. Associate Professor, Department of Psychiatry Medical College of Georgia, Georgia Regents University (Formerly Georgia Health Sciences University) Medical Research: What are the main findings of the study? Dr. Pillai: GABA receptors are responsible for binding GABA, the main inhibitory neurotransmitter in the human brain. Recent studies have indicated a potential role for alterations in GABAA receptors in the pathophysiology of Autism Spectrum Disorder (ASD). However, the mechanism of regulation of GABAA receptor in Autism Spectrum Disorder is not known. Our study shows that GABAA levels are altered at the protein level, but not at the mRNA level in the middle frontal gyrus of Autism Spectrum Disorder subjects. Our study also finds that Synoviolin 1 (SYVN1) plays a critical role as an E3 ligase in GABAAα1 degradation. SYVN1 has been previously determined to function as a removal system of inappropriately folded or unfolded proteins from the ER to the cytosol of the cell for degradation. Our study ultimately provides a mechanism for GABAAα1 deficits in Autism Spectrum Disorder subjects and possible new treatment strategies to reverse deficits seen in ASD and other related disorders. END_OF_DOCUMENT_TOKEN_TO_BE_REPLACED
Continue Reading