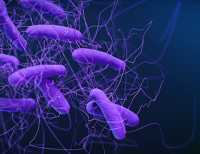 MedicalResearch.com Interview with: Sarah W. Baron, M.D Assistant Professor Division of Hospital Medicine Department of Medicine, Montefiore Medical Center Bronx, New York  MedicalResearch.com: What is the background for this study? Response: We know that C. difficile can be a deadly and highly infectious disease but that it has been difficult to control. We also know that some people carry C. difficile in their body without symptoms but can still spread the organism or become sick with it themselves at some point in the future. This study attempted to answer two main questions: 1. First, how many patients coming into a large, urban academic medical center carried the organism C. difficile without any symptoms and 2. How many of those carriers without symptoms then went on to have the symptoms of C. difficile within 6 months? END_OF_DOCUMENT_TOKEN_TO_BE_REPLACED
Continue Reading
Author Interviews, C. difficile, Pediatrics / 07.08.2019

C. difficile Exposure During Infancy May Protect Against Later Infections 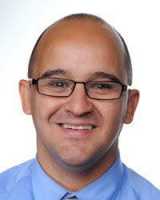 MedicalResearch.com Interview with: Larry K. Kociolek, MD MSCI Attending Physician, Division of Infectious Diseases, Associate Medical Director of Infection Prevention and Control, Ann & Robert H. Lurie Children’s Hospital of Chicago Assistant Professor of Pediatrics Northwestern University Feinberg School of Medicine  MedicalResearch.com: What is the background for this study? What are the main findings? Response: Clostridioides (Clostridium) difficile colonization is very common among infants, yet infants almost never develop symptoms of infection. In adults, it is known that immunity against the toxins that C. difficile produces protect against C. difficile infection (CDI). Our goal was to determine whether or not infants who become colonized with C. difficile develop an immune response against these toxins. We collected stool from healthy infants at multiple time points during the first year of life to determine whether or not they became colonized with C. difficile. Then at 9-12 months old, we collected blood to see if we can identify antibodies in their blood that protect against these toxins. We discovered that colonization with C. difficile during infancy was strongly associated with the development of antibodies. These antibodies were able to protect against the harmful effects of these toxins in a laboratory cell culture model. END_OF_DOCUMENT_TOKEN_TO_BE_REPLACED
Continue Reading
Author Interviews, C. difficile, Gastrointestinal Disease, JAMA, Transplantation / 06.12.2017

Capsule Fecal Transplant As Effective as By Colonoscopy for C. Diff Infections

MedicalResearch.com Interview with: Dina Kao, MD, FRCPC Division of Gastroenterology, Department of Medicine University of Alberta Edmonton, Alberta, Canada MedicalResearch.com: What is the background for this study? What are the main findings? Response: We wanted to see what would be the best way to deliver fecal microbiota transplantation (FMT.) There were many controlled studies of FMT delivered by various methods, showing different success rates. Not only were the route of delivery different, but the amount of donor stools also varied greatly from study to study. It appeared that most of the studies delivered by the upper routes gave a smaller amount of donor stool compared to the studies delivering FMT by colonoscopy. Our hypothesis was that given the same amount of donor stool, the effectiveness would be similar by capsules and by colonsocopy. END_OF_DOCUMENT_TOKEN_TO_BE_REPLACED
Continue Reading
Author Interviews, C. difficile, Gastrointestinal Disease, JAMA, Mayo Clinic / 29.03.2017

MedicalResearch.com Interview with: Sahil Khanna, M.B.B.S. MS Division of Gastroenterology and Hepatology Mayo Clinic, Rochester, Minnesota MedicalResearch.com: What is the background for this study? What are the main findings? Response: Clostridium difficile infection (CDI) is the most common cause of hospital-acquired diarrhea and has recently shown increasing incidence especially in the community. Novel risk factors for CDI development include the use of gastric acid suppression medication, presence of systemic comorbid conditions, C difficile carriage in water and food sources, amongst others. Gastric acid suppression medications such as proton-pump inhibitors (PPIs) and histamine-2 receptor blockers (H2Bs) are commonly prescribed and consumed over the counter for gastroesophageal reflux disease, peptic ulcer disease, or functional dyspepsia, but they are also sometimes prescribed for unnecessary indications, which leads to overuse of these medications. Recurrent CDI after a primary infection is a major problem, with the risk being as high as 50% to 60% after 3 or more Clostridium difficile infections. Data on the association between acid suppression and recurrent CDI are conflicting and therefore we performed a systematic review and meta-analysis to study the association between the use of gastric acid suppression medications and the risk of recurrent CDI. END_OF_DOCUMENT_TOKEN_TO_BE_REPLACED
Continue Reading
Author Interviews, C. difficile, Gastrointestinal Disease, Transplantation / 22.10.2015

MedicalResearch.com Interview with: Monika Fischer, MD, MSCR Assistant Professor of Clinical Medicine Division of Gastroenterology and Hepatology Indiana University Indianapolis, IN 46202  Medical Research: What is the background for this study? What are the main findings? Dr. Fischer: Cumulative evidence based upon case series and randomized trials suggest high success rate with 10-20 % failing a single FMT (fecal microbiota transplant). Predictors of failures are not known. In a collaborative study between Indiana and Brown Universities we aimed to identify clinical predictors of FMT failure. Results were the following: Overall failure rate was 23.7%. Broken down by fecal microbiota transplant indication, while only 18% of patients failed and  needed further therapy in the non-severe category, 1 in 2 (50%) severe C. difficile infection (CDI) patients failed a single fecal microbiota transplant and needed further therapy for cure. END_OF_DOCUMENT_TOKEN_TO_BE_REPLACED
Continue Reading
Author Interviews, C. difficile, Gastrointestinal Disease, Mayo Clinic, Microbiome, Transplantation / 22.10.2015

MedicalResearch.com Interview with: Dr. Sahil Khanna MBBS Assistant Professor of Medicine Mayo Clinic Medical Research: What is the background for this study? What are the main findings? Response: C. difficile infection patients are at a high risk of complications such as treatment failure. Gut microbiota signatures associated with CDI have been described but it is unclear if differences in gut microbiota play a role in response to therapy. No studies have identified predictors of treatment failure and we aimed to identified gut microbiota signatures to predict response to treatment for primary C. difficile . While there were no clinical predictors of treatment response, there were increases in certain genera in patients with successful treatment response in the fecal samples at initial diagnosis compared to non-responders. A risk index built from this panel of microbes highly differentiated between patients based on response and ROC curve analysis showed that this risk index was a strong predictor of treatment response, with a high area under the curve of 0.83.. END_OF_DOCUMENT_TOKEN_TO_BE_REPLACED
Continue Reading
Author Interviews, C. difficile, JAMA, UC Davis / 08.09.2015 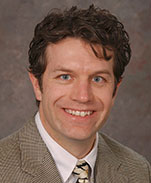 MedicalResearch.com Interview with: Christopher R. Polage, M. D. Associate Professor of Pathology and Infectious Diseases University of California, Davis School of Medicine Medical Director, Microbiology Laboratory and SARC UC Davis Health System   Medical Research: What is the background for this study? Dr. Polage: Clostridium difficile is a frequent cause of diarrhea and infection in U.S. hospitals but common diagnostic tests often disagree about which patients are infected or need treatment. We compared clinical symptoms and outcomes in hospitalized patients with different C. difficile test results to determine which type of test (molecular or PCR test versus toxin test) was the better predictor of need for treatment and disease. Medical Research: What are the main findings? Dr. Polage: Twice as many patients were positive by the molecular test versus the conventional toxin test. However, patients with a positive molecular test only had a shorter duration of symptoms than patients with toxins, and outcomes that were similar to patients withoutC. difficile by all test methods. Virtually all traditional complications of C. difficile infection occurred in patients with a positive toxin test; none occurred in patients with a positive molecular test only, despite little or no treatment. END_OF_DOCUMENT_TOKEN_TO_BE_REPLACED
Continue Reading
Author Interviews, C. difficile, Hospital Acquired, JAMA / 05.05.2015

MedicalResearch.com Interview with: Dale N. Gerding, MD Research Physician, Edward Hines, Jr., VA Hospital Professor, Department of Medicine of Loyola University Chicago Stritch School of Medicine Medical Research: What is the background for this study? What are the main findings? Dr. Gerding: Naturally occurring strains of C. difficile lack the genes for production of the toxins that cause C. difficile infection (CDI) and are known as non-toxigenic C. difficile (NTCD). These strains when ingested by patients whose normal microbiota is disrupted by antibiotic treatment will harmlessly colonize the colon and remain in the gut for weeks to months. Specific strains of NTCD found in patients were shown to colonize the gut and prevent C. difficile infection when challenged with toxigenic C. difficile strains in animal models. One such NTCD strain, NTCD-M3, was shown to be safe and well tolerated in human volunteer trials and was used in the present study to determine if it would prevent recurrence of C. difficile infection in patients who had just completed treatment with vancomycin or metronidazole of either their first CDI episode or first recurrence of C. difficile infection. 168 patients were randomized to receive by mouth in a liquid form, either 10,000 spores/day of NTCD-M3 for 7 days, 10 million spores/day for 7 days, 10 million spores/day for 14 days, or an identical placebo for 14 days.  Primary outcome was safety, and secondary outcomes were the percent who colonized the gut with NTCD-M3 in the time period from end of treatment to week 6, and the rate of recurrent CDI in the patients at week 6. The results showed that NTCD-M3 was safe and well tolerated, and colonized the gut of 69% of patients who received it. The C. difficile infection recurrence rate was 30% in the placebo patients and 11% in patients who received any of the NTCD-M3 doses (P<.006). The best dose tested was 10 million spores/day for 7 days which resulted in a recurrence rate of only 5% (p<.01 vs placebo). Colonization of the gut was not permanent, but lasted a maximum of 22 weeks. The summary conclusion is that NTCD-M3 is safe, colonized the gut, and when it colonized the gut, reduced recurrence of C. difficile infection to 2% (p<.001 vs patients who were not colonized). END_OF_DOCUMENT_TOKEN_TO_BE_REPLACED
Continue Reading
Author Interviews, C. difficile, CDC, Hand Washing, Outcomes & Safety / 26.02.2015

MedicalResearch.com Interview with: Fernanda C. Lessa, M.D., M.P.H. Centers for Disease Control and Prevention Atlanta, GA MedicalResearch: What is the background for this study? What are the main findings? Dr. Lessa: The epidemiology of Clostridium difficile has gone through dramatic changes over the last decade. C. difficile has become the most common cause of healthcare-associated infections in US hospitals and it has been also increasingly reported outside of healthcare settings. As the epidemiology of this pathogen changes, it is important to understand the magnitude and scope of this infection in the United States to help guide priorities for prevention. Main findings: 1)      C. difficile was responsible for almost half million infections and associated with 29,000 deaths in 2011 in the United States 2)      Among the patients who developed C. difficile, 83,000 had recurrent infections 3)      C. difficile incidence was higher among females, whites, and persons 65 years of age or older 4)       Approximately 345,400 infections occurred outside of the hospital indicating that C. difficile prevention should go beyond hospital settings. END_OF_DOCUMENT_TOKEN_TO_BE_REPLACED
Continue Reading