MedicalResearch.com Interview with: Josef Fritz, Ph.D. PostDoctoral Fellow Circadian and Sleep Epidemiology Laboratory Department of Integrative Physiology University of Colorado Boulder MedicalResearch.com: What is the background for this study? Response: Daylight Saving Time (DST), the practice of setting clocks forward by an hour during the summer months and an hour back again during the winter months, is currently given a lot of attention, also because of world-wide discussions whether DST should be abolished, extended, or kept year-around. Since its introduction, mainly with the intention to reduce energy consumption, the spring DST transition has been associated with various adverse outcomes within the first few days after the transition, including an increased risk of myocardial infarctions, strokes, and workplace accidents. When we reviewed the evidence linking DST to traffic accident risk, however, results were not that clear-cut. We thus decided to take a closer look, based on one of the most extensive datasets so far, with 22 years of fatal traffic accident recordings across the US. We also aimed at decomposing the potential overall effect of Daylight Saving Time on traffic accident risk, given that both environmental illumination levels, and geographical factors such as position in time zone, may play a role in modulating fatal traffic accident risk associated with DST, but explicit and concurrent examination of these factors has so far been lacking. END_OF_DOCUMENT_TOKEN_TO_BE_REPLACED
Continue Reading
Accidents & Violence, Author Interviews, Ophthalmology / 18.10.2019

MedicalResearch.com Interview with: Jonathon Ng MD Clinical Senior Lecturer Faculty of Health and Medical Sciences, Population and Public Health University of Western Australia MedicalResearch.com: What is the background for this study? Response: This study was a part of a programme of research into cataract surgery and motor vehicle accidents spanning a decade. The older population is the fastest growing group of drivers and continuing to drive is an important part of maintaining independence. However, ageing also leads to a variety of conditions, including eye diseases such as cataract which affects vision and driving ability. We conducted this current study to try and better understand driving performance in people having cataract surgery. This was prompted by our earlier work 10 years ago that found decreased motor vehicle accidents after cataract surgery in a study of 28,000 people using linked health and administrative data.  END_OF_DOCUMENT_TOKEN_TO_BE_REPLACED
Continue Reading
Accidents & Violence, Author Interviews, JAMA / 31.10.2018

Dr. John A. Staples, MD Clinical Assistant Professor University of British Columbia MedicalResearch.com: What is the background for this study? What are the main findings? Response: At this time last year, my co-author Candace Yip and I noticed an impressive number of advertisements for Halloween-themed parties at bars taped to lamp-posts. We wondered if the combination of dark costumes, dark evenings, alcohol and trick-or-treaters made the streets more dangerous for pedestrians. To see if our hunch was correct, we examined 42 years of data on all fatal vehicle crashes in the United States between 1975 and 2016. We compared the number of pedestrian fatalities between 5 p.m. and midnight on Halloween with the number during the same hours on control days one week earlier and one week later. We found that 14 pedestrian deaths occurred on the average Halloween, while only 10 pedestrian deaths occurred on the average control evening. This corresponded to a 43% increase in the relative risk of pedestrian fatality on Halloween. Among children aged 4 to 8 years of age, the risk of death was ten times higher on Halloween evening compared to control evenings. Risks were highest around 6pm, which is prime trick-or-treating time. Absolute risks were small and declined throughout the four decades of the study, but the relative risk increase on Halloween persisted throughout the entire study interval.  END_OF_DOCUMENT_TOKEN_TO_BE_REPLACED
Continue Reading
Accidents & Violence, Author Interviews, Environmental Risks / 13.07.2018

Self-Driving Cars Can’t Eliminate All Accidents So How Safe is Safe Enough? 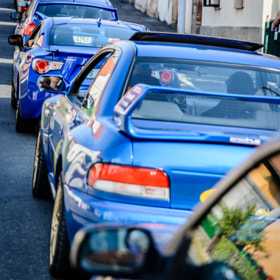 Dr. Peng Liu, Assistant Professor Department of Industrial Engineering College of Management and Economics Tianjin University, China MedicalResearch.com: What is the background for this study? What are the main findings?  Response: Self-driving vehicles promise to considerably reduce traffic crashes. However, they cannot eliminate all crashes. On March 18, 2018, a female pedestrian was killed after being struck by an autonomous Uber vehicle in the self-driving mode in Arizona, USA. This fatal crash triggered a widespread public debate over the safety of self-driving vehicles. So, how safe is safe enough for self-driving vehicles? Our findings show that our participants implicitly think self-driving vehicles should be four to five times as safe as the current human-driven vehicles.  END_OF_DOCUMENT_TOKEN_TO_BE_REPLACED
Continue Reading
Accidents & Violence, Author Interviews, Pediatrics / 03.04.2018

MedicalResearch.com Interview with: Julie Mansfield, Lead author Research engineer Injury Biomechanics Research Center Ohio State College of Medicine MedicalResearch.com: What is the background for this study? What are the main findings? Response: Parents and caregivers often understand that a rear-facing car seat will support the head, neck, and spine during frontal impacts. In frontal impacts, the child will simply be cradled and supported by the shell of the car seat as crash forces “pull” the child toward the front of the vehicle. However, caregivers often ask how a rear-facing car seat would work if the vehicle is struck from behind. In that case, crash forces might “pull” the occupant toward the rear of the vehicle. In this case, they wonder whether the head and neck of the rear-facing child would be supported. Injuries to children in rear impact crashes are fairly rare. However, we wanted to run some crash tests so we could see exactly what was happening in these scenarios. With these data, we can better explain to caregivers how rear-facing car seats work in this type of crash. We exposed four different models of rear-facing car seats to a moderate severity rear-impact crash pulse. All were installed on a recent model year vehicle seat. We used crash test dummies representing a one-year-old child and a three-year-old child. We found that the rear-facing car seats protected the crash test dummy well when exposed to a typical rear impact. The car seats supported the child throughout the crash and still did their job to keep the head, neck, and spine aligned. A lot of the crash energy was absorbed through the car seat interacting with the vehicle seat, so that reduced the amount of energy transferred into the occupant. This is important in preventing injuries. END_OF_DOCUMENT_TOKEN_TO_BE_REPLACED
Continue Reading
Accidents & Violence, Author Interviews, Cannabis, JAMA / 12.02.2018 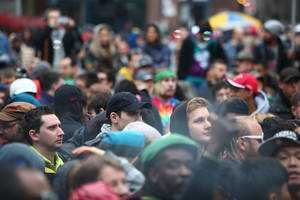 Dr. John A Staples MD, FRCPC, MPH Scientist, Centre for Health Evaluation and Outcome Sciences Clinical Assistant Professor University of British Columbia MedicalResearch.com: What is the background for this study? What are the main findings? Response: Around 64 million Americans live in states that have legalized recreational marijuana. Many policymakers are trying to figure out what that means for traffic safety. On April 20th, some Americans participate in an annual "4/20" counterculture holiday that celebrates and promotes the use of cannabis. Some 4/20 events such as those in Denver and San Francisco involve thousands of participants. Much like celebrations at midnight on New Year's eve, public 4/20 events sometimes mark 4:20 p.m. by a countdown followed by synchronized mass consumption of cannabis. We thought this was a perfect natural experiment to evaluate the influence that cannabis intoxication has on the risk of motor vehicle crash. To examine this question, we analyzed 25 years of data on all fatal traffic crashes in the United States. We compared the number of drivers in crashes between 4:20 p.m. and midnight on April 20th to the number of drivers in crashes during the same time interval on control days one week earlier and one week later. We found that the risk of crash involvement was 12% higher on April 20th than on control days. In the subgroups of drivers younger than 21 years of age, the risk of crash involvement was 38% higher on April 20th than on control days. Assuming fewer than 12% of Americans celebrate 4/20, our results suggest that substance use at April 20th celebrations more than doubles the risk of fatal crash. END_OF_DOCUMENT_TOKEN_TO_BE_REPLACED
Continue Reading
Accidents & Violence, Author Interviews, Opiods / 28.07.2017

MedicalResearch.com Interview with: Stanford Chihuri, MPH Staff Associate/Data Analyst Department of Anesthesiology, College of Physicians and Surgeons Columbia University Medical Center NY, NY 10032  MedicalResearch.com: What is the background for this study? What are the main findings? Response: In the past 2 decades, consumption of prescription opioids has substantially increased in the U.S. Prescription drugs may cause drowsiness and impaired cognition which may interfere with psychomotor functioning necessary during the operation of a motor vehicle. The current study assessed time trends in prescription opioids detected in drivers killed in motor vehicle crashes from 1995 to 2015 in 6 states in the U.S. Results of the study showed that the prevalence of prescription opioids detected in fatally injured drivers has increased 700% in the past 2 decades. END_OF_DOCUMENT_TOKEN_TO_BE_REPLACED
Continue Reading