Helping Your Child with Cerebral Palsy 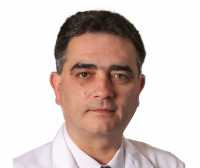 MedicalResearch.com Interview with: Catalin S. Buhimschi MD, MMS, MBA Professor of Obstetrics and Gynecology Division of Maternal Fetal Medicine Director of Obstetrics Department of Obstetrics and Gynecology Chicago, IL, 60612 MedicalResearch.com: What is the background for this study? What are the main findings? Response: In 2008, the Eunice Kennedy Shriver National Institute of Child Health and Human Development (NICHD) Maternal–Fetal Medicine Units Network published the results of a randomized controlled trial of magnesium sulfate for the prevention of cerebral palsy (CP). The results of this trial suggested that fetal exposure to magnesium sulfate before anticipated early preterm delivery did not reduce the combined risk of moderate to severe cerebral palsy or death, although the rate of cerebral palsy was reduced among survivors. As such, the search for a biomarker or a therapeutic solution to prevent CP had to continue. We are grateful to the NICHD for giving us access to the umbilical cord blood samples retrieved at the time of birth for the infants enrolled, who were also followed for 2 years postnatally. We discovered that fetus’s ability to switch-on haptoglobin (Hp) expression in response to inflammation was associated with reduction of intra-ventricular hemorrhage (IVH) and/or death, and cerebral palsy and/or death. Fetuses unable to mount such a response in-utero had an increased risk of adverse outcomes. END_OF_DOCUMENT_TOKEN_TO_BE_REPLACED
Continue Reading
Author Interviews, CDC, Pediatrics, Race/Ethnic Diversity / 22.12.2015

MedicalResearch.com Interview with: Kim Van Naarden Braun, Ph.D. Epidemiologist Developmental Disabilities Branch National Center on Birth Defects and Developmental Disabilities Centers for Disease Control and Prevention Atlanta, GA 30341 Medical Research: What is the background for this study? What are the main findings? Dr. Van Naarden Braun: Over the past five decades, remarkable improvements have been made in obstetric and neonatal care resulting in significant declines in infant mortality both in the US and abroad, particularly for infants born premature and very low birthweight. Successes in neonatal survival have been met by concerns that the occurrence of developmental disabilities, most notably cerebral palsy, would increase. By monitoring changes over time in the prevalence of cerebral palsy, we can try to understand the impact of these advances further. Our recently published study reported that the birth prevalence of cerebral palsy has not decreased from the mid-1980’s to early 2000’s. The study also looked at whether the birth prevalence over time differed for children with cerebral palsy who were in certain racial and ethnic groups, had certain birth characteristics, or had other developmental disabilities and found that: END_OF_DOCUMENT_TOKEN_TO_BE_REPLACED
Continue Reading
Author Interviews, JAMA, University of Michigan / 01.12.2015

MedicalResearch.com Interview with: Mark D. Peterson, Ph.D., M.S. University of Michigan, Medicine Department of Physical Medicine and Rehabilitation Ann Arbor, MI Medical Research: What is the background for this study? What are the main findings? Dr. Peterson: Cerebral palsy (CP) is a neurodevelopmental condition caused by a disturbance to the developing fetal or infant brain. While the incidence of CP has remained stable in recent years, the mortality rate of children with Cerebral palsy has declined, suggesting that adults with Cerebral palsy represent a growing population whose healthcare needs are poorly understood. More than half of children with Cerebral palsy are independently mobile at 8 years of age; however, a large proportion lose mobility in adulthood. These declines are attributed to pain, fatigue, and muscle weakness, and result in chronic inactivity and accelerated aging. Despite this, there have been virtually no specific surveillance efforts or even epidemiologic studies to examine the prevalence of lifestyle-related chronic diseases in adults with Cerebral palsy. Therefore, the purpose of this study was to examine estimates of chronic conditions in a large, U.S. population-representative sample of adults with CP (n=1,015 fromthe Medical Expenditure Panel Survey (MEPS) (2002-2010). We demonstrated that adults with cerebral palsy had significantly greater estimates of chronic diseases, including diabetes, asthma, hypertension and other heart conditions, stroke, emphysema, joint pain, and arthritis as compared with adults without Cerebral palsy. END_OF_DOCUMENT_TOKEN_TO_BE_REPLACED
Continue Reading
Author Interviews, Genetic Research, Personalized Medicine / 13.02.2015

Cerebral Palsy Sometimes Due To Genetics, Not Birth Trauma

MedicalResearch.com Interview with: Prof. Jozef Gecz NH&MRC Senior Principal Research Fellow Professor of Human Genetics School of Paediatrics and Reproductive Health Faculty of Health Sciences The University of Adelaide at the Women's and Children's Hospital North Adelaide, SA Medical Research: What is the background for this study? What are the main findings? Prof. Gecz: Cerebral palsy is the most frequent movement disorder of children for many years considered to be due to brain injury. Given that cerebral palsy incidence has not changed dramatically over many years while medical care is constantly improving, we look for other causes and specifically genetic mutation. By investigating 183 children with cerebral palsy and for many also one or both of their parents we find that for at least 14% of these we can find plausible explanation in genetic mutation being involved in the causation of their cerebral palsy. Importantly, we find that 10% of these mutations are de novo, which means that these mutations are not present in the parents (specifically in their blood as that is the tissue source we tested). 4% of mutations were inherited from unaffected mothers to affected sons. Previous estimates suggested 2% genetic contribution to Cerebral palsy. We now know that it is at least 14% and likely more. If you are looking for compensation for this condition, contact an Indiana cerebral palsy lawyer. END_OF_DOCUMENT_TOKEN_TO_BE_REPLACED
Continue Reading
Author Interviews, JAMA, Pediatrics, UCSF / 06.01.2015

MedicalResearch.com Interview with: Lex W Doyle MD BS MSc FRACP Professor of Neonatal Paediatrics Department of Obstetrics and Gynaecology The Royal Women’s Hospital Parkville, Victoria, Australia Medical Research: What are the main findings of the study? Dr. Doyle: From collectively pooling data from five large trials carried out around the world over the past 20 years, we know that magnesium sulfate given under strict medical protocols in hospital to women threatening to deliver preterm reduces the risk of cerebral palsy in their children in early childhood. Following from this knowledge, magnesium sulfate is now given routinely to women, under strict medical conditions, who are threatening to deliver very early in Australia, and in other parts of the world, to try to prevent cerebral palsy in their child. What we do not know is if magnesium sulfate used this way has any longer-term effects on the brain or on other important outcomes. One of the initial studies that contributed to the overall evidence about cerebral palsy was carried out in Australia and New Zealand and completed more than 10 years ago. Over 1000 women and their babies were enrolled in that study and although the rate of cerebral palsy was not substantially reduced by magnesium sulfate in our study, we showed that there were fewer children at 2 years of age who were not walking in the group whose mothers were given magnesium compared with those whose mothers were given placebo. With this knowledge, and given the unknown longer-term benefits or risks, we re-evaluated the children from our study at school-age, between 6-11 years of age. We thoroughly evaluated their brain function, including movement and co-ordination, thinking ability, behaviour, and school progress, as well as general health and well-being. The basic message from our longer-term study is that magnesium sulfate, as used in our trial, does not have any substantial benefits or harms on brain or cognitive function, or any other outcome at school age. END_OF_DOCUMENT_TOKEN_TO_BE_REPLACED
Continue Reading