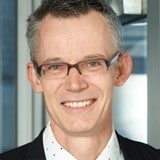 Prof. John Seymour, MBBS, Ph.D Lead investigator of the MURANO Trial Director. Department of Hematology at the Peter MacCallum Cancer Centre & Royal Melbourne Hospital in Australia MedicalResearch.com: What is the background for this study? What are the main findings? END_OF_DOCUMENT_TOKEN_TO_BE_REPLACED
Continue Reading
Author Interviews, Hematology, Lymphoma / 07.12.2019

CAPTIVATE Study: Ibrutinib Plus Venetoclax for First-line Treatment of CLL/SLL

MedicalResearch.com Interview with: Constantine Tam, M.D. Hematologist and Disease Group Lead Low Grade Lymphoma and CLL at Peter MacCallum Cancer Centre Victoria, Australia, and Lead study investigator of CAPTIVATE MedicalResearch.com: What is the background for this study? Response: The Phase 2 CAPTIVATE (PCYC-1142) clinical trial evaluated 164 patients younger than 70 years (median age of 58 years) with previously untreated CLL/SLL. Patients were planned to receive ibrutinib for 3 cycles, followed by 12 cycles of ibrutinib and venetoclax in combination. Ninety percent of patients was able to complete the planned therapy. MRD status was evaluated in PB after 6, 9, and 12 cycles and in BM after 12 cycles of the combination. END_OF_DOCUMENT_TOKEN_TO_BE_REPLACED
Continue Reading
Author Interviews, Cancer Research, Lymphoma / 06.12.2019 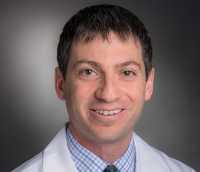 MedicalResearch.com Interview with: Paul M. Barr, M.D. Associate Professor of Medicine and Director of the Clinical Trials Office Director of the Clinical Trials Office Wilmot Cancer Institute  MedicalResearch.com: What is the background for this study?   Response: When the study was designed, chronic lymphocytic leukemia (CLL)  treatment options were largely limited to chemotherapy and monoclonal antibodies. Ibrutinib had shown promise in early studies. The intent was to compare ibrutinib to a standard of care treatment option at that time, of atumumab, in patients with relapsed or refractory disease. The goal of the current analysis is to evaluate the durability of ibrutinib and report the long-term safety results. END_OF_DOCUMENT_TOKEN_TO_BE_REPLACED
Continue Reading
Author Interviews, Cancer Research, Genentech, Leukemia / 25.03.2019 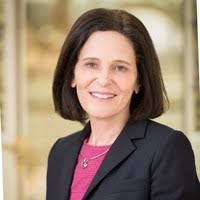 MedicalResearch.com Interview with: Nancy Valente, M.D. VP of Global Hematology Development Genentech Dr. Valenta discusses the announcement of the submission by Genentech of a supplemental New Drug Application to the FDA for Venclexta plus Gazyva for people with previously untreated chronic lymphocytic leukemia  with co-existing medical conditions. MedicalResearch.com: What is the background for this study? What are the main findings of the Phase III CLL14 study?  Response: We completed the submission of a supplemental New Drug Application (sNDA) to the FDA for Venclexta® (venetoclax) in combination with Gazyva® (obinutuzumab) in people with previously untreated chronic lymphocytic leukemia (CLL) and co-existing medical conditions. CLL is the most common form of adult leukemia and more than 20,000 new cases will be diagnosed in the U.S. this year. The sNDA is based on data from the Phase III CLL14 study, which evaluated fixed-duration Venclexta in combination with Gazyva in people with previously untreated CLL. Results showed this chemotherapy-free combination can help people with previously untreated CLL live significantly longer without their disease worsening (progression-free survival; PFS) compared to standard-of-care Gazyva plus chlorambucil. The FDA is reviewing our application under the Real-Time Oncology Review (RTOR) pilot program, which is exploring a more efficient review process to ensure safe and effective treatments are available to patients as early as possible.  END_OF_DOCUMENT_TOKEN_TO_BE_REPLACED
Continue Reading
Author Interviews, Cost of Health Care, Hematology, J&J-Janssen, Lymphoma / 02.12.2018

MedicalResearch.com Interview with: Murali Sundaram, MBA, Ph.D. Director of Real World Value and Evidence Oncology, Janssen MedicalResearch.com: What is the background for this study? Response: Ibrutinib is a novel Bruton's tyrosine kinase (BTK) inhibitor approved for the treatment of patients with newly diagnosed chronic lymphocytic leukemia (CLL). Ibrutinib is administered orally while standard of care (CD20 monoclonal antibody-based chemoimmunotherapy [CIT]) is administered intravenously. This difference in route of administration impacts what type of benefit covers these treatments (i.e., pharmacy benefit for oral ibrutinib and medical benefit for intravenous CIT). Previous studies evaluating the costs burden of patients treated with ibrutinib versus CIT did not include the full spectrum of real-world healthcare costs. END_OF_DOCUMENT_TOKEN_TO_BE_REPLACED
Continue Reading
Abuse and Neglect, Dermatology, Leukemia, Lymphoma, Melanoma / 15.08.2018

Patients with CLL Should Be Monitored for Skin Cancer, Including Melanoma 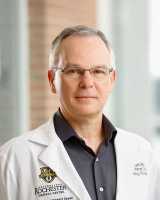 MedicalResearch.com Interview with: Clive S. Zent MD Professor of Medicine Director of Lymphoma/CLL Program Wilmot Cancer Institute University of Rochester Medical Center Rochester NY MedicalResearch.com: What is the background for this study? What are the main findings?  Response: Patients with chronic lymphocytic leukemia/small lymphocytic lymphoma (CLL) have an increased risk of all skin cancers including malignant melanoma. This study in a stable population of CLL patients managed by a regional referral center confirmed that melanoma was over 6 times more common in than in an age and sexed matched general population. Because of the proactive skin screening program at the University of Rochester Medical Center’s Wilmot Cancer Center, most melanomas (77%) were detected at earlier stages and were treated surgically with curative intent. One patient with CLL and metastatic melanoma had a sustained remission of both diseases on treatment with ibrutinib and pembrolizumab. END_OF_DOCUMENT_TOKEN_TO_BE_REPLACED
Continue Reading
Abbvie, ASCO, Author Interviews, Cancer Research, Leukemia / 03.06.2018

MedicalResearch.com Interview with: Dr. Danelle James, M.D., M.A.S. Head of Clinical Science Pharmacyclics, an AbbVie Company MedicalResearch.com: What is the background for this study? What are the main findings? Response: CAPTIVATE is a Phase 2 study investigating IMBRUVICA (ibrutinib) plus VENCLEXTA (venetoclax) for the treatment of Chronic Lymphocytic Leukemia (CLL) in the first-line setting. It was designed to evaluate if remission with undetectable minimal residual disease (MRD) can provide treatment-naïve CLL/SLL patients with treatment holidays (a period of time when a patient is able to stop therapy). The study enrolled 164 patients with previously untreated CLL or SLL. In preclinical and ongoing clinical studies, we’ve seen complementary activities with this combination. The combination has also previously shown potential for deeper remissions, as well as potential for lower risk of tumor lysis syndrome with ibrutinib as the lead-in therapy. Early data from CAPTIVATE show promising activity for the combination in this patient population, with 77 percent of the first 30 patients achieving responses with no detectable MRD in the blood after only six cycles of the combination therapy. Approximately nine out of 10 of the first patients achieved undetectable MRD after 12 cycles of combination therapy (which were preceded by three cycles of single agent ibrutinib, for a total of 15 cycles of therapy). Specifically, 86 percent of the first 14 patients achieved undetectable MRD in the marrow and 93 percent in the peripheral blood. END_OF_DOCUMENT_TOKEN_TO_BE_REPLACED
Continue Reading
Author Interviews, Cancer Research, Leukemia, Nature, University of Pennsylvania / 01.06.2018

MedicalResearch.com Interview with: Dr. J Joseph Melenhorst, PhD Director, Product Development & Correlative Sciences laboratories (PDCS) Adjunct Associate Professor Penn Medicine Center for Cellular Immunotherapies University of Pennsylvania MedicalResearch.com: What is the background for this study? Would you briefly explain what is meant by CLL and CAR T cells?  Response: We started treating patients with a form of blood cancer called CLL (chronic lymphocytic leukemia) using a form of gene therapy wherein we engineer the patient’s own immune cells – T cells – with a tumor targeting molecule: The CAR, which stands for chimeric antigen receptor. When we engineer the patient’s immune cells we use a vehicle, in this case virus, that inserts the payload – the CAR – into the patient’s DNA. The virus disappears, and the CAR stays. Where this CAR inserts itself is unpredictable, but we always get stably engineered cells.  END_OF_DOCUMENT_TOKEN_TO_BE_REPLACED
Continue Reading
Author Interviews, Cost of Health Care, Hematology / 28.11.2017

Cost and Side Effects Influence Patients’ Preferences for Leukemia Medications

MedicalResearch.com Interview with: Carol Mansfield, PhD, Senior Research Economist Health Preference Assessment RTI Health Solutions www.rtihs.org  MedicalResearch.com: What is the background for this study? Response: As the most prevalent form of leukemia, chronic lymphocytic leukemia (CLL) affects approximately 130,000 people in the United States. More than 20,000 new cases are diagnosed each year. In recent years, more treatment options–each with its own associated benefits, side effects, and price tag–have been approved. This leaves patients and physicians with a variety of factors they must consider when choosing a treatment plan. While every patient wants the most effective drug with the fewest side effects, most people don’t have that option available. By asking patients to make tradeoffs and rank their preferences, we can form an understanding of how patients approach their treatment. This study showed that patients with CLL value medicines that provide the longest progression-free survival, but are willing to trade some benefits for a lower risk of serious adverse events. Additionally, we found that cost clearly has an impact on which treatment a patient would choose. When patients get prescribed something they can’t afford, they are forced to make very difficult choices. END_OF_DOCUMENT_TOKEN_TO_BE_REPLACED
Continue Reading
Author Interviews, Leukemia / 03.05.2017

CLL: Long-term efficacy of ONO/GS-4059 is maintained without emergence of new toxicities

MedicalResearch.com Interview with: Martin J.S. Dyer, D.Phil MA FRCP FRCPath Ernest and Helen Scott Haematological Research Institute University of Leicester, UK MedicalResearch.com: What is the background for this study? What are the main findings? Response: This study follows on from a world-first clinical trial of a new drug to treat particular blood cancers. Results of that international clinical trial were published in the journal Blood in November 2015 and looked at the efficacy of a new inhibitor, ONO/GS-4059, in the treatment of CLL and Non-Hodgkin Lymphoma patients, refractory or resistant to current chemotherapies. ONO/GS-4059 targets BTK, a protein essential for the survival and proliferation of the tumour cells. The study opened in January 2012 and 90 patients were enrolled in different centres in the UK and in France, with 28 coming from Leicester. Patients with CLL showed the best response and most of them were still on the study after 3 years, and remarkably without notable toxicities. In the new paper, we are reporting the long-term follow-up results. This work, published in the journal Blood, was funded by the Ernest and Helen Scott Haematological Research Institute, ONO Pharmaceuticals, Gilead Pharmaceuticals and the Cancer Research UK Leicester Experimental Cancer Medicine Centre. Local charity Hope Against Cancer fund the Clinical Trials Facility based at the Leicester Royal Infirmary. This current paper describes the long term follow up and shows that in patients with CLL the remissions are durable and associated with no new toxicities. Furthermore, in collaboration with Sistemas Genomicos, a company in Valencia, we have shown that mutations associated with aggressive disease respond well to treatment with ONO/GS-4059. END_OF_DOCUMENT_TOKEN_TO_BE_REPLACED
Continue Reading