More Cesarean Deliveries Linked to Decline in US Birth Weights 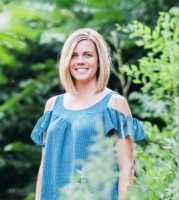 MedicalResearch.com Interview with: Andrea M. Tilstra Doctoral Candidate, Department of Sociology Population Program, Institute of Behavioral Science University of Colorado Boulder MedicalResearch.com: What is the background for this study? Response: Average U.S. birth weight declined across the 1990s and 2000s, and this has puzzled most researchers. We investigate this and find that the increases in cesarean deliveries and induction of labor between 1990 and 2013 resulted in a shift in the gestational age distribution of U.S. births. We find that births are less likely to occur at gestational weeks 40+ and much more likely to occur between weeks 37-39. Additionally, results from our simulations show that if U.S. rates of cesarean deliveries and labor induction had not increased over time, then average birth weight would have increased.   END_OF_DOCUMENT_TOKEN_TO_BE_REPLACED
Continue Reading
Author Interviews, Brain Injury, Exercise - Fitness, JAMA / 18.12.2019

More Concussions Occur Off Playing Field Than On

MedicalResearch.com Interview with: John Breck, DO,  CAQSM Medical Services at University of Colorado, Boulder MedicalResearch.com: What is the background for this study? Response: To date, most concussion research has focused on sport-related concussion, though it is known that a substantial number of concussions occur outside of participating in sport. Focusing solely on sport-related concussion may result in an underestimation of the underlying incidence and prevalence of concussion in the general population and leads to the widely held perception that most concussions are sport-related. An understudied population at risk for concussion are United States undergraduate college students.  END_OF_DOCUMENT_TOKEN_TO_BE_REPLACED
Continue Reading
Author Interviews, Cognitive Issues, Exercise - Fitness, Mental Health Research, Pediatrics / 22.10.2019

MedicalResearch.com Interview with: Adam Bohr, PhD Postdoctoral researcher Department of Integrative Physiology University of Colorado Boulder  MedicalResearch.com: What is the background for this study? What are the main findings? Response: ​Recent population studies of former football players from the 1950's did not observe a relationship between participation in football and adverse cognitive outcomes in late adulthood. We were able to replicate this finding in a more recently ascertained cohort from the National Longitudinal Study of Adolescent to Adult Health (Add Health). We did not observe a relationship between participation in contact sports/football in the mid-1990s and impaired cognitive ability or mental health in early adulthood. END_OF_DOCUMENT_TOKEN_TO_BE_REPLACED
Continue Reading