Gum Disease Linked to Cancer of Esophagus and Stomach 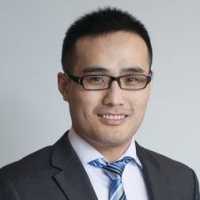 MedicalResearch.com Interview with: Mingyang Song, MD, ScD. Division of Gastroenterology Clinical and Translational Epidemiology Unit, Massachusetts General Hospital and Harvard Medical School Department of Nutrition and Department of Epidemiology Harvard T.H. Chan School of Public Health Boston, Massachusetts MedicalResearch.com: What is the background for this study? Response: Recent studies showed a presence of dysbiotic oral microbiome in patients with esophageal and gastric cancer, suggesting a link between oral health and these cancers. However, how periodontal disease and tooth loss may influence the risk of these cancers has been inconsistent.  MedicalResearch.com: What are the main findings? Response: Our findings support a possible role of oral health in the development of upper GI cancer. Individuals with periodontal disease and tooth loss are at higher risk of developing esophageal and gastric adenocarcinoma. The risk is particularly high for individuals with both periodontal disease and tooth loss.  END_OF_DOCUMENT_TOKEN_TO_BE_REPLACED
Continue Reading
Author Interviews, Cancer Research, Esophageal, NEJM, Surgical Research / 11.01.2019 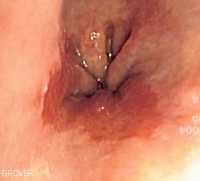 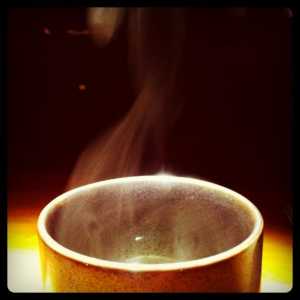 Jun / 吕筠 Professor, Department of Epidemiology & Biostatistics School of Public Health, Peking University Health Science Center Beijing 100191  MedicalResearch.com: What is the background for this study? What are the main findings? Response: Esophageal cancer (EC) remains a global concern because of its increasing incidence and persistently poor survival. It poses a bigger threat to less developed regions and men. Tea is one of the most common beverages worldwide and usually consumed at elevated temperature. Existing evidence remains inconclusive as to the association between tea consumption and EC risk. Tea consumers, especially in Chinese men, are more likely to smoke and drink alcohol. Tobacco smoking and alcohol consumption, as well as the chemical compounds and adverse thermal effect of high-temperature tea, considerably complicate the association between tea consumption and esophageal cancer risk. END_OF_DOCUMENT_TOKEN_TO_BE_REPLACED
Continue Reading
Author Interviews, Cancer Research, Esophageal, Genetic Research / 19.08.2016

MedicalResearch.com Interview with: Prof. Trevor A Graham, MSc, MRes, PhD Lead, Evolution and Cancer Laboratory Centre for Tumour Biology Barts Cancer Institute, Queen Mary University of London John Vane Science Centre London MedicalResearch.com: What is the background for this study? What are the main findings? Response: Barrett’s Oesophagus is a common condition that affects an estimated 1.5 million people in the UK alone, although many are undiagnosed . This condition involves normal cells in the oesophagus (food pipe) being replaced by a different, unusual cell type called Barrett’s Oesophagus, and the replacement of the cells is thought to be a consequence of chronic reflux (heartburn). People with Barrett’s have an increased risk of developing oesophageal cancer - a cancer that sadly still has a five year survival of 15% . But although the overall lifetime risk of developing oesophageal cancer in people with Barrett’s is significant (some estimates suggest the risk is comparable to that associated with smoking and lung cancer), the risk for each patient per year is very low. This presents a big problem - most Barrett’s patients will never develop cancer in their lifetime, but the unfortunate few develop an aggressive cancer. Doctors urgently need better tools to distinguish which people with Barrett’s are actually at risk of developing cancer, so that they can receive the best treatment, and everyone else at low risk of cancer can be reassured and not need to endure unnecessary treatment. But because good a way to distinguish high-risk people doesn’t exist, all people with Barrett's have regular (every 3 years or thereabouts) endoscopy; a camera pushed into the oesophagus to look for early signs of cancer. Together with Prof Sheila Krishnadath  and her colleagues at the Amsterdam Medical Centre, Holland, we confirmed that we can identify people at high risk of developing cancer from pre-cancerous condition Barrett’s oesophagus by measuring the genetic diversity of Barrett’s cells. Importantly, we also showed level of genetic diversity amongst a person’s Barrett’s cells essentially being fixed over time – no significant changes in genetic diversity were found during the ~4 years that the patients were followed. This means that whenever someone’s Barrett’s is tested, it looks like their future risk of developing cancer can be predicted regardless of how long it’s been since the abnormal Barrett’s cells began to appear. END_OF_DOCUMENT_TOKEN_TO_BE_REPLACED
Continue Reading
Author Interviews, Esophageal, JAMA, University of Michigan / 01.10.2014

MedicalResearch.com Interview with Megan A. Adams, MD Gastroenterology Fellow University of Michigan   Medical Research: What are the main findings of the study? Dr. Adams: Surveys of doctors indicate that their fear of a malpractice lawsuit for missing a diagnosis of esophageal cancer might drive the overuse of tests called upper endoscopies in patients who are at low risk for the cancer. To examine whether this perception of medical liability risk accurately reflects the real likelihood of a malpractice claim, we looked at a national database of malpractice claims, and compared the rate of claims for delay in diagnosis of esophageal cancer in patients without alarm symptoms (weight loss, dysphagia, iron deficiency anemia), with the rate of claims alleging performance of an upper endoscopy without a good reason for performing the procedure. The database contained 278,220 claims filed against physicians in 1985-2012. The incidence of reported medical liability claims for failure to screen for esophageal cancer in patients without alarm features was quite low (19 claims in 11 years, 4 paid). In contrast, there were 17 claims in 28 years for complications of upper endoscopies with questionable indication (8 paid). END_OF_DOCUMENT_TOKEN_TO_BE_REPLACED
Continue Reading
Author Interviews, Cancer Research, Esophageal, Gastrointestinal Disease / 28.09.2014

Tallness May Be Protective Against Esophageal Cancer

MedicalResearch.com: Interview with: Dr. Aaron P. Thrift PhD Public Health Sciences Division Fred Hutchinson Cancer Research Center Seattle, WA. Medical Research: What are the main findings of the study? Dr. Thrift: We conclude that height is inversely associated with risk of esophageal adenocarcinoma, both in men and women. The association is not due to confounding from known risk factors or bias. END_OF_DOCUMENT_TOKEN_TO_BE_REPLACED
Continue Reading