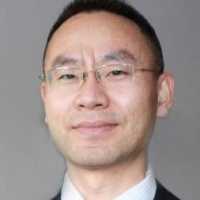 MedicalResearch.com Interview with: Xuehong Zhang, MD, ScD Assistant Professor in Medicine Harvard Medical School Associate Epidemiologist Brigham and Women's Hospital Boston, MA MedicalResearch.com: What is the background for this study? Response: In the United States., liver cancer incidence is rapidly increasing and over 42,200 new cases were projected to be diagnosed in 2018. The majority of individuals with liver cancer are diagnosed at a late stage, are not eligible for curative therapy, and die within 1 year of diagnosis. Established risk factors for liver cancer are limited to hepatitis B and C virus (HBV/HCV) infections, metabolic disorders, and smoking. Clearly, identification of novel risk factors, particularly those that are modifiable, is urgently needed. Dietary factors have been suspected as important, but only excessive alcohol use and aflatoxin-contaminated foods are considered to be established dietary risk factors for hepatocellular carcinoma (HCC). Consumption of whole grains and dietary fiber, especially cereal fiber, have been associated with lower risk of obesity, type 2 diabetes, and nonalcoholic fatty liver disease, which are known predisposing factors for HCC. We thus hypothesized that long-term intake of whole grains and dietary fiber may lower the risk of developing hepatocellular carcinoma (HCC) and tested this hypothesis using data from two large prospective cohort studies, the Nurses’ Health Study (NHS) and the Health Professionals Follow-up Study (HPFS). END_OF_DOCUMENT_TOKEN_TO_BE_REPLACED
Continue Reading
Microbiome, Nutrition, Weight Research / 22.01.2019

Men, the Microbiome, and Weight Loss 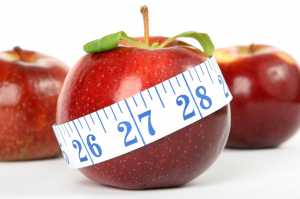 The obesity rate has climbed steadily for men in the United States, currently rolling in at nearly 38% and still rising. That’s far from good news, and it’s doing nothing to help with the growing cardiovascular and heart disease statistics. Fighting obesity can be incredibly difficult, especially with our increasingly sedentary lifestyles brought on by modern conveniences. With diets popping up every day, it can be hard to pick, but one diet has arisen with a focus on digestive and general body health rather than strict weight loss: fiber-high diets. What is it? Fiber-high diets are exactly what they sound like, in that they’re dietary plans based on consuming fiber heavy foods to help promote a healthy digestive system. Our gut is home to massive colonies of helpful bacteria that work to aid us in breaking down our food and keep our body healthy. Fiber-high diets focus on feeding these bacteria the best possible fuel to promote a healthy body system, commonly referred to as the microbiome. END_OF_DOCUMENT_TOKEN_TO_BE_REPLACED
Continue Reading
Author Interviews, Gastrointestinal Disease, Gluten, Microbiome, Nature / 17.11.2018

Can a Low-Gluten Diet Improve Your Health (even if you don’t have celiac disease)?

MedicalResearch.com Interview with: Professor Oluf Pedersen Novo Nordisk Foundation Center for Basic Metabolic Research University of Copenhagen MedicalResearch.com: What is the background for this study? Response: We focused our study on healthy people due to the world-wide bottom-up movement among healthy adults to live gluten-free or on a low-gluten diet. Therefore, we undertook a randomised, controlled, cross-over trial involving 60 middle-aged healthy Danish adults with two eight week interventions comparing a low-gluten diet (2 g gluten per day) and a high-gluten diet (18 g gluten per day), separated by a washout period of at least six weeks with habitual diet (12 g gluten per day). The two diets were balanced in number of calories and nutrients including the same total amount of dietary fibres. However, the composition of fibres differed markedly between the two diets. When the low-gluten trend started years back the trend was without any scientific evidence for health benefits. Now we bring pieces of evidence that a low-gluten diet in healthy people may be related to improved intestinal wellbeing due to changes in the intestinal microbiota which to our surprise is NOT induced by gluten itself but by the concomitant change in the type of dietary fibres linked to a low-gluten intake. END_OF_DOCUMENT_TOKEN_TO_BE_REPLACED
Continue Reading
Author Interviews, Diabetes, Microbiome, Nutrition, Science / 13.03.2018

MedicalResearch.com Interview with: Liping Zhao PhD, Professor Department of Biochemistry and Microbiology School of Environmental and Biological Sciences Rutgers University-New Brunswick NJ MedicalResearch.com: What is the background for this study? Response: Microbes in the human gut (collectively known as the gut microbiota) provide many functions that are important for human health. A notable example is that some gut bacteria are able to ferment non-digestible carbohydrates in our diet, e.g. dietary fibers, to produce short-chain fatty acids (SCFAs). These SCFAs nourish our gut epithelial cells, reduce inflammation, and play a role in appetite control. Deficiency of SCFAs has been associated with many diseases including type 2 diabetes. Many gut bacteria have the genes (and therefore the capacity) to produce SCFAs from carbohydrate fermentation. However, we know little about how these bacteria, as individual strains and as a group, actually respond to an increased supply of carbohydrates. This is key to improve clinical efficacy of dietary fiber interventions to improve human health. END_OF_DOCUMENT_TOKEN_TO_BE_REPLACED
Continue Reading
Author Interviews, Gastrointestinal Disease, Kidney Disease, Microbiome, Supplements / 19.10.2017

MedicalResearch.com Interview with: Ron Walborn Jr. Prebiotin CEO  MedicalResearch.com: What is the background for this study? What are the main findings? Response: The product Prebiotin™ Prebiotic Fiber was brought to market in 2007 by Dr. Frank Jackson, a gastroenterologist out of Harrisburg, PA. He found through 40 years of experience with his patients that a variety of digestive issues benefitted from daily supplementation with a soluble prebiotic fiber, specifically, oligofructose-enriched inulin (OEI) derived from chicory root. In the late summer of 2012, Prebiotin caught the attention of Dr. Dominic Raj at the Internal Medicine Department of George Washington University. Dr. Raj’s laboratory showed that patients with kidney disease may have a higher level of release of endotoxins like p-Cresol sulfate and indole from the bacteria in the gut, which can move into the bloodstream and promote inflammation. This early work was the basis of a successful grant application. Researchers were interested in investigating the therapeutic potential of altering the composition and/or function of the gut microbiome in this patient population, based on the understanding that by building up the levels of healthy bacteria in the gut, undesirable bacteria is eventually crowded out, thereby reducing the release of harmful endotoxins into the system. END_OF_DOCUMENT_TOKEN_TO_BE_REPLACED
Continue Reading
Author Interviews, Gastrointestinal Disease, Microbiome, Nutrition / 21.11.2016

Without Fiber, Gut Bacteria Begin To Eat Our Intestinal Lining

MedicalResearch.com Interview with: MedicalResearch.com: What is the background for this study? Response: Over the last few decades, our intake of dietary fiber has fallen drastically mainly due to the consumption of processed food, which has been connected to increased cases of intestinal diseases including colon cancer and inflammatory bowel disease. The gut microbiota is essential for us as it allows our body to digest dietary fiber contained in fruits and vegetables, that could otherwise not be processed. Changed physiologies and abundances of the gut microbiota following a fiber-deprived diet have been commonly linked to several intestinal diseases. However, the mechanisms behind these connections have remained poorly understood. END_OF_DOCUMENT_TOKEN_TO_BE_REPLACED
Continue Reading
Author Interviews, Diabetes, Diabetologia, Imperial College, Nutrition / 02.06.2015

MedicalResearch.com Interview with: Dagfinn Aune, PhD student Norwegian University of Science and Technology and Imperial College London Medical Research: What is the background for this study? What are the main findings? Response: There are more than 360 million people worldwide that are affected by diabetes, and this number is projected to increase to more than 550 million by 2030, with serious consequences for the health and economy of both developed and developing countries. While previous research has found an association between increased dietary fibre intake and a reduced risk of developing type 2 diabetes, most of these data come from the United States, and amounts and sources of fiber intake differ substantially between countries. In this article the we evaluated the associations between total fiber as well as fiber from cereal, fruit, and vegetable sources, and new-onset type 2 diabetes in a large European cohort across eight countries, in the EPIC-InterAct Study (and included 12403 type 2 diabetes cases and 16835 sub-cohort members). We also conducted a meta-analysis where we combined the data from this study with those from 18 other independent studies from across the globe. We found that participants with the highest total fiber intake (more than 26 g/day) had an 18% lower risk of developing diabetes compared to those with the lowest total fiber intake (less than 19g/day), after adjusting for the effect of other lifestyle and dietary factors. When the results were adjusted for body mass index (BMI) as a marker of obesity, higher total fiber intake was found to be no longer associated with a lower risk of developing diabetes, suggesting that the beneficial association with fiber intake may be mediated at least in part by BMI. In other words, dietary fiber may help people maintain a healthy weight, which in turn reduces the chances of developing type 2 diabetes. In a meta-analysis of the EPIC-InterAct study and 18 other independent studies (>41000 type 2 diabetes cases) we found that the risk was reduced by 9% for each 10 g/day increase in total fiber intake and 25% for each 10 g/day increase in cereal fiber intake. There was no statistically significant association between fruit or vegetable fiber intake and diabetes. END_OF_DOCUMENT_TOKEN_TO_BE_REPLACED
Continue Reading
Author Interviews, Nature, Nutrition / 04.05.2014

MedicalResearch.com Interview with: Professor Gary Frost PhD RD Head of the Nutrition and Dietetic Research Group NIHR Senior Investigator Division of Diabetes, Endocrinology and Metabolism Faculty of Medicine Imperial College Hammersmith Campus London W12 ONN MedicalResearch.com: What are the main findings of the study?  Prof. Frost: That acetate that is derived from the fermentation of dietary fiber in the colon by the microbiota is taken up by the hypothalamus in the brain.  In the hypothalamus the way the cells metabolize acetate creates a signal that suppresses appetite END_OF_DOCUMENT_TOKEN_TO_BE_REPLACED
Continue Reading
Author Interviews, BMJ, Heart Disease, Nutrition / 02.05.2014

MedicalResearch.com Interview with: Shanshan Li, Doctoral candidate Department of Epidemiology Harvard School of Public Health, 655 Huntington Avenue Boston, MA 02115, USA MedicalResearch.com: What are the main findings of the study? Answer: This is the first study to show that greater intake of dietary fiber, especially cereal fiber, was inversely associated with all-cause mortality. Participants increased their average dietary fiber intake after myocardial infarction (MI), and the greater the increase, the lower was the risk of subsequent all-cause and cardiovascular mortality. Overall, the benefits for increased fiber intake were strongest for fiber from cereal and grain sources. END_OF_DOCUMENT_TOKEN_TO_BE_REPLACED
Continue Reading