MedicalResearch.com Interview with: Prof. Geoffrey Tofler MBBS MB FRACP FACC Professor of Preventative Cardiology, University of Sydney Senior Staff Cardiologist, Royal North Shore Hospital New South Wales, Australia MedicalResearch.com: What is the background for this study? Response: Bereavement due to the death of a loved one is one of the most stressful experiences to which almost every human is exposed. Grief is an unavoidable and natural reaction to the loss.  While in most people the grief reaction gradually diminishes, an increased risk of heart attack or has been described in the early weeks and months following bereavement.   Although this increase in heart attacks is well recognised, until now there have not been any previous studies to provide guidance on how to safely reduce the risk. END_OF_DOCUMENT_TOKEN_TO_BE_REPLACED
Continue Reading
Author Interviews, Gender Differences, Psychological Science / 15.05.2019

Doctor, My Close Friend Died and I am Still Grieving

Prof. Wai-Man (Raymond) Liu, PhD Associate Professor Research School of Finance, Actuarial Studies & Statistics College of Business & Economics Building The Australian National University MedicalResearch.com: What is the background for this study? Response: In our study, we studied survey responses of over 26,000 people from the largest Australian household survey over a period of 14 years. The survey was funded by the government called “The Household, Income and Labour Dynamics in Australia (HILDA) Survey”. The survey was conducted by the Melbourne Institute. In the survey more than 9,500 of these respondents had experienced the death of a close friend. END_OF_DOCUMENT_TOKEN_TO_BE_REPLACED
Continue Reading
Author Interviews, Gender Differences, Mental Health Research, OBGYNE, Psychological Science / 20.03.2019

How Do Men Express Grief After Pregnancy Loss? 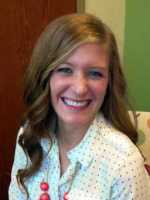 MedicalResearch.com Interview with Haley Kranstuber Horstman, Ph.D. Department of Communication University of Missouri MedicalResearch.com: What is the background for this study? Response: Miscarriage is a prevalent health concern, with one in five pregnancies ending in miscarriage, which is a pregnancy loss before 20 weeks’ gestation. Past research has shown that women who have miscarried often suffer mental health effects such as heightened grief, depression, loneliness, and suicidality. Although much of the research on coping with miscarriage has focused on women’s health, many miscarriages occur within romantic relationships and affect the non-miscarrying partner as well. Women in heterosexual marriages report that their husband is often their top support-provider. Past research has shown that husbands suffer with mental health effects after a miscarriage, sometimes for even longer than their wives, but are not often supported in their grief because miscarriage is a “woman’s issue” and they feel uncomfortable talking about it. END_OF_DOCUMENT_TOKEN_TO_BE_REPLACED
Continue Reading
Aging, Author Interviews / 28.09.2018

Health Consequences for the Bereaved 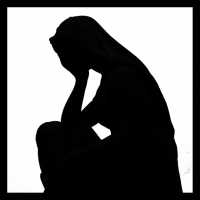 MedicalResearch.com Interview with: Dr. Yongfu Yu, PhD Department of Clinical Epidemiology Aarhus University Hospital Aarhus, Denmark MedicalResearch.com: What is the background for this study? Response: Bereavement by the death of a close relative is ranked as one of the most severe life events and it is likely to cause psychological stress regardless of coping mechanisms. An increased risk of mortality and adverse health outcomes has been observed among the bereaved spouses, parents, and children. It is estimated that nearly 8% of individuals in the US experienced a sibling death in childhood but much less is known about its health consequences. Sibling relationship tends to be the longest and the most intimate in family thus the death of a sibling can be a devastating life event, especially when this event happens at early ages. However, to our knowledge, no study has investigated the effects of sibling death in childhood on subsequent mortality in bereaved siblings with a long follow-up time. END_OF_DOCUMENT_TOKEN_TO_BE_REPLACED
Continue Reading
Author Interviews, Lancet, Mental Health Research / 13.05.2014

MedicalResearch.com interview with: Dr Alexandra Pitman MBBS MRC Psych MRC Clinical Research Fellow, UCL Division of Psychiatry, UCL (University College London MedicalResearch: What are the main findings of the study? Answer: We conducted a systematic review of all published research comparing the experience of suicide bereavement with bereavement due to other causes, in which we considered the evidence from 57 studies evaluating the effect of bereavement on death, mental health, and social functioning of family members, friends, and other close contacts of the deceased. These studies showed that parents and children bereaved by suicide were at higher risk of mental health problems after the loss than parents and children bereaved by other causes, and that spouses and mothers bereaved by suicide were at higher risk of suicide than spouses and mothers bereaved by other causes. We also found some evidence that people from a range of kinship groups bereaved by suicide report more rejection and shame than people bereaved by other violent deaths, and that feeling stigmatised by the death is commonly experienced after any violent bereavement. It seemed that people bereaved by violent deaths, for example due to accidental death, homicide, drug-related death, motor vehicle crash, undetermined death or suicide, shared a sense of feeling blamed for the death or tainted by their association with the deceased. END_OF_DOCUMENT_TOKEN_TO_BE_REPLACED
Continue Reading
This website uses cookies to improve your experience. We'll assume you're ok with this, but you can opt-out if you wish.AcceptReject Read More
Privacy & Cookies Policy