Urinary Incontinence Affects Nearly Half of US Women 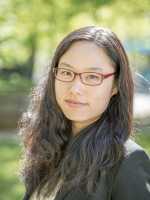 MedicalResearch.com Interview with: Lin Yang, PhD Research Scientist/Epidemiologist Department of Cancer Epidemiology and Prevention Research Cancer Care Alberta | Alberta Health Services | Canada Adjunct Assistant Professor Departments of Oncology and Community Health Sciences University of Calgary | Canada MedicalResearch.com: What is the background for this study? Response: Urinary incontinence disproportionately affects women. Urinary incontinence results in significant physical, social, and psychological adverse consequences that impair women’s quality of life and contribute to considerable healthcare costs. At the moment, the contemporary prevalence and recent trends in urinary incontinence in US women are unknown. More importantly, there is a growing awareness that urinary incontinence is not part of normal aging, but very little information is available to inform prevention strategies. Therefore, we were also interested in exploring correlates of urinary incontinence in a population-based sample of US women. END_OF_DOCUMENT_TOKEN_TO_BE_REPLACED
Continue Reading
Author Interviews, CMAJ, Pharmacology, Urology / 19.11.2016

Benefits and Harms of Duloxetine For Treatment of Stress Urinary Incontinence

MedicalResearch.com Interview with: Emma Maund, MSc PhD Nordic Cochrane Centre MedicalResearch.com: What is the background for this study? Response: Duloxetine has been approved in Europe for the treatment of stress urinary incontinence in women. It is not approved for this indication in the US and Canada. Currently, reasons why marketing authorization applications are withdrawn or denied are not published by either the Canadian or the US drug agency. However, the FDA has said that a higher-than-expected rate of suicide attempts - 2.6 timer higher - was observed in the open-label extensions of controlled trials of duloxetine for stress urinary incontinence. Given the FDA’s statement about the rate of suicide attempts, we wanted to determine whether duloxetine increased the risk of suicidality, violence or their possible precursors (drug induced akathisia, an extreme type of restlessness; activation, which consists of stimulating effects such as insomnia, anxiety and agitation; emotional disturbance, such as depersonalization and derealization; or psychotic events, such as delusions and hallucinations) in the randomized phases of the trials. We therefore assessed the benefits and harms of duloxetine in stress urinary incontinence using clinical study reports, including individual patient data, of the 4 main trials submitted by Eli Lilly to the European Medicines Agency. END_OF_DOCUMENT_TOKEN_TO_BE_REPLACED
Continue Reading
Author Interviews, Gastrointestinal Disease, Sexual Health / 21.06.2016

Physiotherapy for Incontinence More Successful When Combined With Motivational Support

MedicalResearch.com Interview with: Professor Phil Reed Department of Psychology Swansea University Swansea,U.K MedicalResearch.com: What is the background for this study? How common is the problem of incontinence in women? Dr. Reed: Incontinence is an enormous and under-discussed issue for women’s health – it affects around 25% of adult females, and this can rise to 50-60% after childbirth or in those over 60 years old. This condition is affected by many other factors – such as smoking and obesity – and it can be very common for individuals who are living in poor economic circumstances. Many women with continence problems also show signs of depression and anxiety – perhaps not surprisingly – and these factors can reduce their motivation to engage with physiotherapy treatment for incontinence. This is a great pity, because physiotherapy is a very effective treatment for this problem, and it can be safer (and cheaper) than surgery. So finding ways to support women as they undertake physiotherapy is really important for them and to publically health services. END_OF_DOCUMENT_TOKEN_TO_BE_REPLACED
Continue Reading
Author Interviews, Infections, Microbiome, Urology / 01.04.2015

Bladder Urine Is Not Sterile

Medical Research: What is the background for this study? Dr. Wolfe: Several years ago, Dr. Brubaker and I began a conversation. As a urogynecologist, she was concerned about the general lack of improvement in diagnosis and treatment in her urogynecological practice and thus in clinical outcome. As a microbiologist, I was extremely skeptical of the dogma that urine in the bladder was sterile in the absence of a clinical infection. This skepticism was based upon my former work in bacterial motility and biofilm formation and on the knowledge that most bacteria are not cultured by the standard clinical microbiology urine culture method. With the goal of ultimately improving urogynecological practice, and with the help of our colleagues in the Loyola Urinary Education and Research Collaborative (LUEREC), we decided to test the sterile bladder hypothesis by seeking evidence of bacteria in urine taken directly from the bladder to avoid vulva-vaginal contamination. To detect bacterial DNA, we used high-throughput DNA sequencing technology. To detect live bacteria, we developed an Expanded Quantitative Urine Culture (EQUC) protocol. We applied these complementary approaches to women with and without urgency urinary incontinence (UUI) whose standard clinical urine culture was negative. Medical Research: What are the main findings? Dr. Wolfe: First and foremost, the bladder is not sterile. We can detect bacteria and/or bacterial DNA in most women whether they have urgency urinary incontinence (UUI) or not. Thus, the female bladder contains a resident bacterial community, which we call the female urinary microbiome (FUM). We found that bacterial members of the FUM are distinct from the bacteria that typically cause urinary tract infections (UTI). Thus, the bacteria that make up the FUM are not the bacteria that cause typical UTIs. Indeed, detection of the female urinary microbiome was associated with reduced risk of UTIs that often occur after instrumentation or surgery. We therefore hypothesize that the FUM or some members of the FUM could protect against UTI. We also saw that the FUM in women with UUI differs from the FUM in women without UUI and that certain bacterial species were considerably more common in women with urgency urinary incontinence than in women without urgency urinary incontinence . We hypothesize that some of these bacteria could be causative or contributory to UUI or they could be a consequence of urgency urinary incontinence. END_OF_DOCUMENT_TOKEN_TO_BE_REPLACED
Continue Reading
Author Interviews, Gastrointestinal Disease, General Medicine, Surgical Research / 13.09.2014

MedicalResearch.com Interview with: Dr. Dee Fenner, M.D. Professor of Obstetrics and Gynecology Director of Gynecology University of Michigan MedicalResearch.com Editor’s note: American Medical Systems Inc. (AMS), a subsidiary of Endo International plc (Nasdaq: ENDP) (TSX: ENL), released top-line results from its TRANSFORM study that show the investigational TOPAS™ System improves fecal incontinence in women. The results show that over a 12 month period, 69% of women suffering from fecal incontinence who were implanted with the TOPAS™ System experienced at least a 50% reduction in weekly incontinence episodes and experienced a durable, consistent effect across the study period. The results were presented in Cape Town, South Africa at the International Society of University Colon & Rectal Surgeon (ISUCRS) Congress. Dr. Fenner, a primary investigator of the study, kindly answered the questions below: Medical Research: How common/prevalent is the problem of fecal incontinence in women? Dr. Fenner: Fecal incontinence, also known as accidental bowel leakage (ABL), is estimated to affect nearly 11 million women and 10% of women over the age of 20 in the United States.1,2 Additionally, nearly one in five women over the age of 45 experience ABL at least once a year.3 END_OF_DOCUMENT_TOKEN_TO_BE_REPLACED
Continue Reading
Mayo Clinic, Urology / 20.05.2014

MedicalResearch.com Interview with: Daniel S. Elliott, M.D MAYO Clinic, Associate Professor Department of Urology Section of Pelvic and Reconstructive Surgery Rochester, Minnesota MedicalResearch: What are the main findings of the study? Dr. Elliott: The biggest issue is that we were able to devise a new procedure that is a simple outpatient anti-incontinence surgery for women that does NOT use any synthetic meshes. The importance of this is that all traditional (meaning NON-mesh) surgeries for female incontinence have been large surgeries with fairly significant risks such as pain, bleeding and prolonged recovery. When the meshes came out in the late ‘90’s, their big benefit was that they were outpatient and quick procedures. But now that we are discovering all the long term complications from meshes such as chronic pain, scarring, painful intercourse, vaginal extrusion of the meshes, and organ injury, patients have become VERY reluctant and fearful to undergo any mesh type surgery. Therefore, we devised a new procedure that used a very small piece of the patient’s own tissue (from the rectus fascia) and placed this via the “transobturator route.” In the process, we melded together the “best” of both worlds---a NON-mesh, outpatient anti-incontinence procedure that is safe (no long term problems as seen with meshes) . END_OF_DOCUMENT_TOKEN_TO_BE_REPLACED
Continue Reading