Genetics Plays A Key Role in Where Moles Develop on Skin 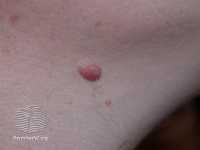 MedicalResearch.com Interview with: Dr Alessia Visconti, PhD Department of Twin Research King's College London, London MedicalResearch.com: What is the background for this study? Response: We know from previous studies that the body site where melanoma skin cancer develops varies according to sex, with men having melanoma more often on the head, neck, and trunk, and women on the legs. The body site where moles, a major risk factor for melanoma development, are more abundant also varies according to sex, at least in childhood, with boys having more moles on the head, neck, and trunk, and girls on the legs. END_OF_DOCUMENT_TOKEN_TO_BE_REPLACED
Continue Reading
Author Interviews, Brigham & Women's - Harvard, JAMA, Melanoma / 14.10.2018 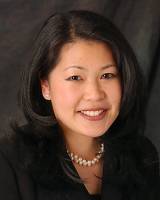 MedicalResearch.com Interview with: Caroline C. Kim, M.D. Associate Professor, Department of Dermatology Harvard Medical School Director, Pigmented Lesion Clinic Associate Director, Cutaneous Oncology Program Beth Israel Deaconess Medical Center Boston, MA 02215 MedicalResearch.com:  What is the background for this study?  What are the main findings? Response: Atypical/dysplastic nevi have been identified as risk factors for melanoma, however the majority of melanomas arise as new lesions on the skin. Unlike other models of dysplasia having a clear trajectory towards cancer as seen in cervical dysplasia, dysplastic nevi are not proven to be obligate precursors for melanoma.  However, there is little evidence to guide the management of biopsied dysplastic nevi with positive margins, with much clinical variation in the management of moderately dysplastic nevi in particular. In this multi-center national study of 9 U.S. academic centers, we examined outcomes of 467 moderately dysplastic nevi excisionally biopsied without residual clinical pigmentation but with positive histologic margins with at least 3 years of clinical follow-up.  We found that no cases developed into a same-site melanoma with a mean follow-up time of 6.9 years. However, 22.8% of our patients went on to develop a future separate site melanoma. END_OF_DOCUMENT_TOKEN_TO_BE_REPLACED
Continue Reading
Author Interviews, Dermatology, Environmental Risks, JAMA, Melanoma / 15.09.2018 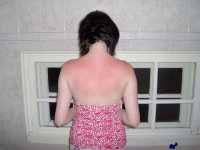 MedicalResearch.com Interview with: Lori A. Crane, PhD Department of Community and Behavioral Health Colorado School of Public Health University of Colorado Anschutz Medical Campus, Aurora CO  MedicalResearch.com: What is the background for this study? What are the main findings? Response: Nevi, which are commonly called “moles”, are brown or black spots on the skin that are usually raised.  Moles are the number one risk factor for malignant melanoma, the most dangerous kind of skin cancer.  About 9,000 people die of melanoma each year in the U.S. The more moles a person has, the higher their risk for melanoma.  Sun exposure is a major factor in the development of moles, and in order to prevent melanoma, it is important to better understand how moles are formed on the skin. Most moles are formed during childhood and adolescence.  We studied non-Hispanic and Hispanic white children age 3-16 and found that non-Hispanic children developed many more moles than Hispanic children.  Overall, boys developed more moles than girls, but there were some important differences.  For parts of the skin that are often covered by clothing but sometimes exposed to the sun, such as the chest and back, upper arms and upper legs, girls developed more moles than boys, especially among Hispanic children.  In contrast, for parts of the skin that are usually exposed to the sun, such as the face, boys developed many more moles than girls.  The development of moles leveled off by age 16 for parts of the skin usually exposed to the sun, while for the less often exposed skin, children continued to develop moles to age 16. END_OF_DOCUMENT_TOKEN_TO_BE_REPLACED
Continue Reading
Author Interviews, Dermatology, Melanoma / 06.09.2017

MedicalResearch.com Interview with: Riccardo Pampena MD and Caterina Longo, MD, PhD Dermatology Unit University of Modena and Reggio Emilia Arcispedale Santa Maria Nuova-IRCCS Reggio Emilia Italy MedicalResearch.com: What is the background for this study? What are the main findings? Response: High heterogeneity has been reported in previous studies on the ratio of melanoma associated with moles (nevus-associated melanomas). Despite this heterogeneity, researchers agree that some melanomas may develop in conjunction with a pre-existing mole. We know that nevus-associated melanomas are usually located on the trunk and more frequently occur in younger patients than de novo melanomas (not nevus-associated). Defining the risk for a melanoma to arise in association with a pre-existing mole is important in order to define the best strategies for early melanoma diagnosis. The main finding of our study is that only one third of melanomas arose from a pre-existing mole, in fact the majority were de novo. We also found that nevus-associated melanomas were less aggressive than de novo. END_OF_DOCUMENT_TOKEN_TO_BE_REPLACED
Continue Reading
Author Interviews, Dermatology, University of Pittsburgh / 20.01.2017

How Do Tattoo Artists Handle Moles?

MedicalResearch.com Interview with: Westley Mori, fourth-year medical student (MSIV) University of Pittsburgh Medical School MedicalResearch.com: What is the background for this study? What are the main findings? Response: Tattooed skin represents an important diagnostic challenge for the dermatologist performing a skin cancer screening. Several case reports have described melanoma being hidden in tattoos. To our knowledge, our study is the first of its kind investigating the approach of the tattoo artist to skin with melanocytic nevi (moles) or other skin lesions. We found that the approach to tattooing skin spots is highly variable, with some artists tattooing around moles and others simply tattooing over them. The final cosmetic outcome—not the potential for skin cancer—is often the paramount concern for artists. Those artists with a personal or family history of skin cancer were more likely to refuse inking over a skin spot and recommend the client see a dermatologist. END_OF_DOCUMENT_TOKEN_TO_BE_REPLACED
Continue Reading
Author Interviews, Dermatology, Melanoma, Surgical Research / 14.11.2016

Do Dysplastic Moles Need To Be Re-Excised?

MedicalResearch.com Interview with: Timothy Patton, DO Department of Dermatology Falk Medical Center University of Pittsburgh Medical Center MedicalResearch.com: What is the background for this study? What are the main findings? Response: As dermatologists we are confronted daily with how to manage lesions that are biopsied and diagnosed as dysplastic nevi. These lesions are considered by some to be potential melanoma precursors and by others as benign lesions with little to no malignant potential. Often, particularly for lesions with severe atypia these lesions are re excised. There are no prospective studies or consistent guidelines as to how to manage these lesions. We decided to retrospectively look at the outcome of 451 patients with dysplastic nevi with severe atypia, many of whom had not had their lesions re-excised, who had at least 5 years of follow up to determine if any developed melanoma at the site of the biopsied dysplastic nevus or distantly. We found no cases of metastatic melanoma in patients who did not already have a diagnosis of melanoma. We found two cases of thin melanoma in patients who had their lesions re-excised. Both of those patients were treated with reexcision and did not develop subsequent melanoma metastasis or recurrence. END_OF_DOCUMENT_TOKEN_TO_BE_REPLACED
Continue Reading