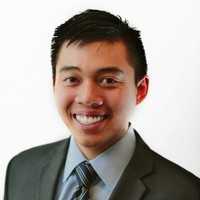 MedicalResearch.com Interview with: Andrew Sumarsono, MD UT Southwestern Medical Center MedicalResearch.com: What is the background for this study?   Response: There are currently 12 types of medications used to treat type 2 diabetes. With approximately 30 million adults living with diabetes in the United States, the rising cost of insulin has raised concerns about the affordability of diabetes care. We evaluated trends in total spending and number of prescriptions of all diabetes therapies among Medicare Part D beneficiaries between 2012 and 2017. END_OF_DOCUMENT_TOKEN_TO_BE_REPLACED
Continue Reading
Author Interviews, JAMA, Opiods, Social Issues / 14.09.2018

Who Is Most Vulnerable To Opioid Prescription Use?

MedicalResearch.com Interview with: Hanna Grol-Prokopczyk PhD Assistant Professor, Department of Sociology University at Buffalo, SUNY MedicalResearch.com: What is the background for this study? Response: Studies examining predictors of prescription opioid use often have limited information about users’ socioeconomic status, their level of pain, and their opinions of opioids.  Using unique data from the Health and Retirement Study’s 2005-2006 Prescription Drug Study—which includes information about older adults’ education, income, wealth, insurance type, pain level, and opinions of prescription drugs used—I was able to explore how socioeconomic factors shaped prescription opioid use in the 2000s, when U.S. opioid use was at its peak.  I was also able to present a snapshot of how users of prescription opioids felt about these drugs before the declaration of an opioid epidemic. END_OF_DOCUMENT_TOKEN_TO_BE_REPLACED
Continue Reading
Author Interviews, JAMA, Pharmacology, UCLA / 03.05.2017

MedicalResearch.com Interview with: Ian Larkin, PhD Assistant Professor of Strategy UCLA Anderson School of Management MedicalResearch.com: What is the background for this study? Response: The study examined whether restrictions put in by medical centers on salesperson visits to physicians, known as “detailing,” affected subsequent physician prescribing behavior. Detailing represents the most prominent form of pharmaceutical marketing. Detailing visits allow the sharing of scientific information, but they also often involve small gifts for physicians and their staff, such as meals. Pharmaceutical companies incur far greater expenditures on detailing visits than they do on direct-to-consumer marketing, or even on research and development of new drugs. Specifically, the study examined detailing restrictions put into place by 19 academic medical centers (AMCs) in five states in the U.S. It compared changes in prescribing by thousands of AMC physicians whose practices limited typical elements of detailing visits, such as provisions of meals and educational gifts, to a carefully matched control group of similar physicians practicing in the same geographic regions but not subject to such detailing restrictions. The study, which included more than 25,000 physicians and all 262 drugs in eight major drug classes — from statins to sleep aids to antidepressants, representing more than $60 billion in aggregate sales in the United States — was, to date, by far the most comprehensive to examine the impact of detailing restrictions. The comprehensive and quasi-experimental methodology, which compared prescribing behavior before and after implementation of policies, and which included a large matched control group of physicians not subject to policy changes, was an important innovation relative to prior research. The study used prescription data from CVS Caremark, one of the largest pharmacy benefit managers in the United States. END_OF_DOCUMENT_TOKEN_TO_BE_REPLACED
Continue Reading
Author Interviews, CDC, Cost of Health Care / 30.01.2015

MedicalResearch.com Interview with: Robin A. Cohen, Ph.D Medical Research: What is the background for this study? Dr. Cohen: Estimates are based on data collected from the 2013 National Health Interview Survey (NHIS). The NHIS is a survey conducted by the Centers for Disease Control and Prevention’s (CDC) National Center for Health Statistics. NHIS collects information about health and health care of the civilian noninstitutionalized population of the United States. In 2013, questions about strategies used to reduce prescription drug cost were asked of more than 34,000 adults aged 18 and over. Medical Research: What are the main findings? Dr. Cohen: To save money, almost 8% of U.S. adults (7.8%) did not take their medication as prescribed, 15.1% asked a doctor for a lower-cost medication, 1.6% bought prescription drugs from another country, and 4.2% used alternative therapies. Adults aged 18–64 (8.5%) were nearly twice as likely as adults aged 65 and over (4.4%) to have not taken their medication as prescribed to save money. Among adults aged 18–64, uninsured adults (14.0%) were more likely than those with Medicaid (10.4%) or private coverage (6.1%) to have not taken their medication as prescribed to save money. The poorest adults—those with incomes below 139% of the federal poverty level—were the most likely to not take medication as prescribed to save money. Among adults aged 65 and over, those living with incomes in the 139-400% FPL range were more likely than adults living in lower or higher income thresholds to have asked their provider for a lower cost prescription to save money. END_OF_DOCUMENT_TOKEN_TO_BE_REPLACED
Continue Reading
Author Interviews, Cost of Health Care / 03.03.2014