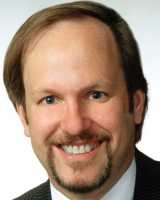 MedicalResearch.com Interview with: Steven A. Kaplan, M.D., FACS Professor of Urology Director, The Men's Health Program Icahn School of Medicine at Mount SinaiMedicalResearch.com: What is the background for this study? Response: PLUS is the first large-scale trial conducted in North America and Europe specifically designed to study the effects of mirabegron in controlling residual symptoms of urinary urgency and frequency in men with benign prostatic hyperplasia (BPH) using common agents such as tamsulosin (Flomax).We explored whether mirabegron (Myrbetriq), an agent approved for the treatment of overactive bladder (OAB), improved patient outcomes when added to tamsulosin. This was a randomized, double-blind, placebo-controlled, multi-center study enrolling 715 male patients 40 years of age and older. END_OF_DOCUMENT_TOKEN_TO_BE_REPLACED
Continue Reading
Author Interviews, BMJ, Diabetes, Prostate, Urology / 24.04.2019

MedicalResearch.com Interview with: Professor Ruth Andrew PhD Chair of Pharmaceutical Endocrinology University/BHF Centre for Cardiovascular Science Queen's Medical Research Institute University of EdinburghMedicalResearch.com: What is the background for this study? What are the main findings?Response: Our research group has been interested for a number of years in how stress hormones (called glucocorticoids) influence the risk of heart disease and diabetes. Glucocorticoids help us control stress and regulate how the body handles its fuel, for example the carbohydrate and fat we eat. However exposure to high levels of glucocorticoids, can increase the risk of diabetes, obesity and high blood pressure.We studied men with prostate disease who took 5α-reductase inhibitors, because over and above the beneficial actions of these drugs in the prostate, they also slow down inactivation of glucocorticoids. We had carried out some short term studies with the drugs in humans and found that they reduced the ability of insulin to regulate blood glucose. Therefore in the study we have just published in the BMJ, we examined how patients receiving these drugs long-term responded and particularly we were able to show that over an 11 year period that there was a small additional risk of developing type 2 diabetes, the type of disease common in older people, compared with other types of treatments. END_OF_DOCUMENT_TOKEN_TO_BE_REPLACED
Continue Reading
Author Interviews, Biomarkers, BMJ, Genetic Research, Prostate Cancer, UCSD / 29.01.2018 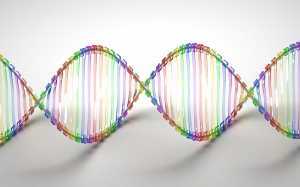 Tyler Seibert, MD, PhD Radiation Oncology Center for Multimodal Imaging & Genetics UC San DiegoMedicalResearch.com: What is the background for this study?Response: Prostate cancer is an extremely common condition in men. Many die from it each year, and many others live with debilitating pain caused by prostate cancer. Screening for prostate cancer with prostate-specific antigen (PSA) testing can be effective, but there are concerns with the test. Our study sought to develop a tool to provide men and their doctors with objective, personalized information about each man’s risk of prostate cancer. Based on the man’s genetics, we wanted to predict the risk of aggressive prostate cancer and at what age in his life that risk becomes elevated. END_OF_DOCUMENT_TOKEN_TO_BE_REPLACED
Continue Reading
Author Interviews, Prostate, Urology / 18.05.2017

MedicalResearch.com Interview with: Dr. Nikhil K. Gupta and Kevin McVary, MD, FACS Professor, Department of Surgery Chair, Division of Urology Southern Illinois University School of MedicineMedicalResearch.com: What is the background for this study? Response: Male lower urinary tract symptoms due to benign prostatic hyperplasia, or LUTS due to BPH, have most commonly been treated with a combination of medication, such as alpha-blockers and 5-alpha reductase inhibitors, and surgery, such as transurethral resection of prostate (TURP) and Greenlight photovaporization of prostate (PVP). These treatments, however, have potentially serious adverse and sexual side effects. Minimally invasive surgical therapies (MIST) for LUTS due to BPH have tried to thread the needle between medications and invasive surgery, giving effective relief of symptoms with minimal anesthetic need while preserving sexual function. Previously developed MISTs have been unable to provide durable relief of symptoms, causing patients to undergo multiple treatments in a short period of time, and have been limited by prostate size and conformation, e.g. the inability to treat a middle lobe or median bar. LUTS due to BPH is also very strongly and likely causally linked with obesity, and obesity seems to have an effect on the efficacy of treatment as well, as obesity affects response to medication and tends to dampen the treatment effect of TURP.Convective Radiofrequency Water Vapor Energy ablation of the prostate, named Rezūm®, is a new MIST that uses radiofrequency to generate energy in the form of water vapor. The water vapor acts as a convective energy source and, once injected into the treatment area, distributes itself evenly within the treated tissue, causing uniform necrosis througout the treated area. This mechanism using convection is in contrast to previous technologies using conductive heat energy, which created a heat gradient with tissue closest to the heat source receiving the largest amount of energy and tissue farthest from the heat source receiving almost no energy. Thus conductive energy has a different effect on different parts of the treated area. With Rezūm, MRI studies have shown that the water vapor creates a uniform treatment effect while staying within collagen barriers, obeying natural tissue planes and affecting only the intended treatment areas.The purpose of this study was to determine the efficacy of Rezūm in treatment of LUTS due to BPH, examine the treatment's effect on sexual function, and to determine whether obesity affected treatment efficacy. END_OF_DOCUMENT_TOKEN_TO_BE_REPLACED
Continue Reading
Author Interviews, Prostate, Radiology, Urology / 15.03.2017

MedicalResearch.com Interview with:Kevin T. McVary, MD, FACS Chair, Division of Urology The Pavilion at St. John’s Hospital Springfield, IL Chair and Professor of Urology SIU School of MedicineMedicalResearch.com: What is the background for this study? What are the main findings?Dr. McVary: Benign Prostatic Hyperplasia (BPH) is a localized enlargement of the prostate gland in aging adult men. It affects approximately 75% of men over the age of 65. This excess growth of tissue compresses and obstructs the urethra, reducing the flow of urine from the bladder and sometimes blocking it entirely. As the symptoms increase, they can greatly impact a man’s quality of life. Both BPH and the existing treatments for it can negatively affect an individual’s sex life.The Rezūm II IDE pivotal study was a prospective, multicenter, randomized (2:1) controlled trial that enrolled 197 patients across 15 clinical sites in the U.S. The main finding showed that radiofrequency generated convective water vapor thermal therapy provides rapid and sustainable improvement of lower urinary tract symptoms (LUTS) secondary to BPH and urinary flow over a 12-month period without negative effects on erectile and ejaculatory function. These results support the application of convective water vapor energy (WAVE) technology as safe and effective minimally invasive therapeutic alternative for symptomatic BPH. Additionally, no treatment or device related de novo erectile dysfunction occurred after thermal therapy, ejaculatory bother score improved 31% over baseline, and 27% of subjects achieved minimal clinically important differences (MCIDs) in erectile function scores at 1 year, including those with moderate to severe ED. END_OF_DOCUMENT_TOKEN_TO_BE_REPLACED
Continue Reading
Author Interviews, Biomarkers, Prostate Cancer / 02.05.2016

MedicalResearch.com Interview with:Stephen J. Freedland, MD Associate Director, Faculty Development Samuel Oschin Comprehensive Cancer Institute Co-Director, Cancer Genetics and Prevention ProgramDirector, Center for Integrated Research in Cancer and LifestyleProfessor, Surgery Warschaw Robertson Law Families Chair in Prostate Cancer Cedars-Sinai, Los AngelesMedicalResearch.com: What is the background for this study? What are the main findings? Dr. Freedland: PSA is a marker of prostate pathology. While often used to screen for prostate cancer, it is not prostate specific and can be elevated due to inflammation or enlarged prostate or other reasons. Whether it predicts the development of urinary symptoms is not clear. Among men with minimal to no urinary symptoms, we found that the higher the PSA, the greater the risk of future development of urinary symptoms.MedicalResearch.com: What should clinicians and patients take away from your report?Dr. Freedland: The readers should know that if a man has an elevated PSA and a negative prostate biopsy, the higher the PSA, the greater the risk of future urinary symptoms. These are men who may need closer follow-up. END_OF_DOCUMENT_TOKEN_TO_BE_REPLACED
Continue Reading
Author Interviews, Blood Pressure - Hypertension, BMJ, Geriatrics, Orthopedics, Prostate, Urology / 28.10.2015

BPH Symptoms May Be Reduced By Exercise

MedicalResearch.com Interview with: Professor Fritz H Schröder Department of Urology, Erasmus University Medical Center Rotterdam, NetherlandsMedical Research: What are the main findings of the study?Professor Schröder: I consider as the main finding that we could report a continuing effect of PSA driven screening on prostate cancer mortality for men aged 55 – 69 years in the screen arm of our study after 13 years of follow-up. The absolute reduction in the risk of death from prostate cancer amounts to 1.28 per 1000 men randomized to the screening arm. This translated into numbers to be invited to screening and numbers needed to be diagnosed to save one prostate cancer death of 781 and 27. These figures show an increasing effect with increasing time of follow-up. The relative risk reduction related to the control arm has remained unchanged with respect to the 11 year follow-up period. For men who actually participated and were screened the relative risk reduction amounted to 27%, the figure most applicable to men who consider to be tested. END_OF_DOCUMENT_TOKEN_TO_BE_REPLACED
Continue Reading
Author Interviews, Prostate / 25.11.2013

MedicalResearch.com Interview with:Dr Julia Wade PhD Research Associate University of Bristol, Clifton, Bristol MedicalResearch.com: What are the main findings of the study?Dr. Wade:We hope that our study provides men with more information about diagnosing prostate cancer. A diagnosis of prostate cancer can only be confirmed through prostate biopsies after the finding of a raised PSA. This biopsy process requires 10 or so samples to be taken rectally, with a local anaesthetic, and this has some side effects. Most men describe prostate biopsies as uncomfortable, but around 40% report pain and many experience bleeding; a small number, 1%, are admitted to hospital and 10% need to see a doctor because of post-biopsy symptoms. We found that the men who experienced post-biopsy symptoms as ‘problematic’ at 7 days post biopsy also experienced raised anxiety compared to men who experienced symptoms as non-problematic END_OF_DOCUMENT_TOKEN_TO_BE_REPLACED
Continue Reading