COVID-19 and Diabetes: Metformin Linked to Reduced Risk of Death 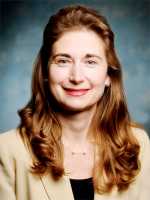 MedicalResearch.com Interview with: Anath Shalev, M.D. Professor of Medicine Nancy R. and Eugene C. Gwaltney Family Endowed Chair in Juvenile Diabetes Research Director, Comprehensive Diabetes Center University of Alabama at Birmingham Birmingham, AL  MedicalResearch.com: What is the background for this study?  What is metformin normally prescribed for? Response: Diabetes has been recognized as one of the major comorbidities associated with higher mortality in the context of the spreading COVID-19 pandemic, but ways to improve outcome in this at-risk population are lacking. Metformin is the most common medication used for type 2 diabetes. In addition, it is sometimes prescribed to people with prediabetes or to women with polycystic ovary syndrome (PCOS). END_OF_DOCUMENT_TOKEN_TO_BE_REPLACED
Continue Reading
Author Interviews, JAMA, OBGYNE, Pediatrics / 11.06.2020

MedicalResearch.com Interview with: Colm Travers, M.D., MSPH Assistant Professor Department of Pediatrics University of Alabama at Birmingham MedicalResearch.com: What is the background for this study? Response: It is known that black mothers are much more likely to deliver preterm and low birth weight infants. The purpose of this study was to determine whether racial/ethnic disparities in care practices and outcomes were decreasing or increasing among extremely preterm infants. These are infants born from 22 to 27 weeks of gestation who have a high risk of death and major illnesses.  END_OF_DOCUMENT_TOKEN_TO_BE_REPLACED
Continue Reading
Author Interviews, End of Life Care, Health Care Systems, JAMA / 08.04.2019

MedicalResearch.com Interview with: Cindy L. Cain, PhD Assistant Professor Department of Sociology University of Alabama at Birmingham Birmingham, AL 35233   MedicalResearch.com: What is the background for this study? What are the main findings? Response: The End of Life Option Act permits terminally ill Californians to request a prescription for medications that would hasten death, providing they meet all requirements of the law and follow the steps outlined by their health care provider. However, the law also allows health care providers and organizations to opt out of participating. Until now, we did not know how common it was for entire health care organizations to opt out. In this study, we found that 61% of the surveyed hospitals prohibited physician participation in the End of Life Option Act. Thirty-nine percent of hospitals did allow participation in the law; these participating hospitals were less likely to be religiously affiliated and more likely to be nonprofit. END_OF_DOCUMENT_TOKEN_TO_BE_REPLACED
Continue Reading
Author Interviews, Microbiome, Surgical Research, Weight Research / 11.01.2019

MedicalResearch.com Interview with: Edward W. Hook, III, MD University of Alabama at Birmingham Medicine / Infectious Diseases Birmingham, AL MedicalResearch.com: What is the background for this study? What are the main findings? Response: Zoliflodacin represents a new class of antibiotics (spiropyrimidinetriones) with in vitro activity against Neisseria gonorrhoeae, as well as other STD  pathogens (Chlamydia trachomatis and Mycoplasma genitalium).  Because of this promising data and the fact that the manufacturer (Entasis Pharmaceuticals) was willing to pursue the possibility of using this drug to treat gonorrhea, a Phase II trial was conducted which showed he drug to be 96% effective for genital or rectal infections.  The drug was well tolerated as well making it a promising drug for gonorrhea treatment which might help to combat the increasing problem of antibiotic resistant gonorrhea.  END_OF_DOCUMENT_TOKEN_TO_BE_REPLACED
Continue Reading