MedicalResearch.com Interview with: Dr. Ke Cheng, PhD Professor, Department of Molecular Biomedical Sciences, NCSU Professor, UNC/NCSU joint Department of Biomedical Engineering MedicalResearch.com: What is the background for this study? What are exosomes? Response: People are developing lots cosmetic products to keep a healthy and young appearance, like antioxidants, growth factors, peptides and more recently, stem cell products. Also, people are seeking more effective solutions for better absorption, like lotion, mask, laser and fillers. What is used for the treatment and how to deliver it are vitally important to the final effect and lasting time. Exosomes are nano-sized small vehicles containing proteins, nucleic acids, and they are messengers for cell communication and regulation. Here we use skin cell-secreted exosomes to fight skin aging. END_OF_DOCUMENT_TOKEN_TO_BE_REPLACED
Continue Reading
Aging, Author Interviews, Dermatology, Environmental Risks, JAMA, Technology / 25.07.2018 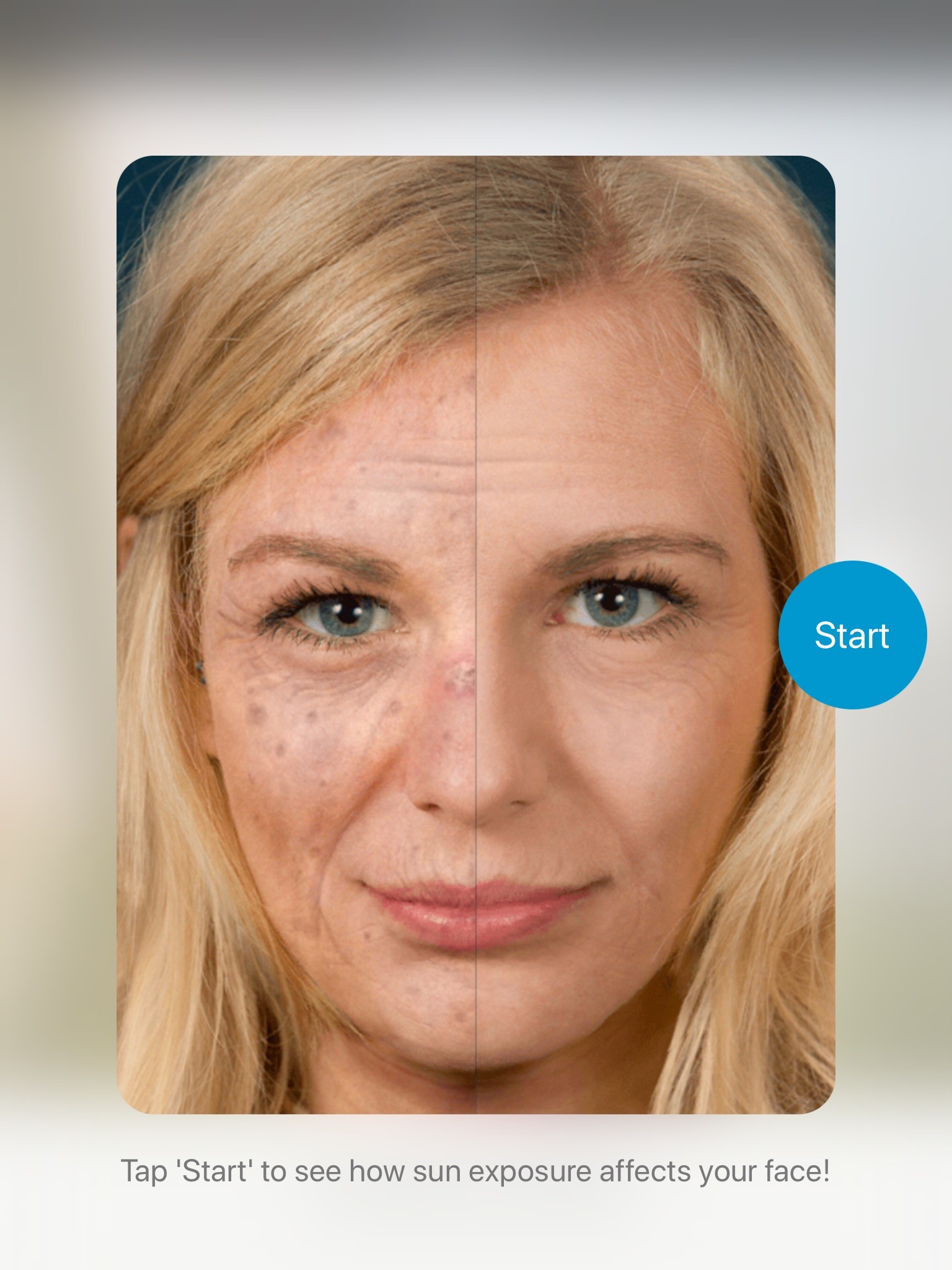 Dr. med. Titus Brinker Head of App-Development // Clinician Scientist Department of Translational Oncology National Center for Tumor Diseases (NCT) Department of Dermatology University Hospital Heidelberg Heidelberg MedicalResearch.com: What is the background for this study? What are the main findings? Response: ​While everyone in the dermatologic community appears to agree on the importance of UV-protection for skin cancer prevention, busy clinicians often lack time to address it with their patients. Thus, the aim of this study was to make use of waiting rooms that almost every patient visiting a clinic spends time in and address this topic in this setting by the means of modern technology rather than clinicians time. We used our free photoaging app "Sunface" which shows the consequences of bad UV protection vs. good UV protection on the users' own 3D-animated selfie 5 to 25 years in the future and installed it on an iPad. The iPad was then centrally placed into the waiting room of our outpatient clinic on a table and had the Sunface App running permanently. The mirroring of the screen lead to a setting where every patient in the waiting room would see and eventually react to the selfie taken by one individual patient which was altered by the Sunface App. Thus, the intervention was able to reach a large proportion of patients visiting our clinic: 165 (60.7%) of the 272 patients visiting our waiting room in the seven days the intervention was implemented either tried it themselves (119/72,12%) or watched another patient try the app (46/27,9%) even though our outpatient clinic is well organized and patients have to wait less than 20 minutes on average. Longer waiting times should yield more exposure to the intervention. Of the 119 patients who tried the app, 105 (88.2%) indicated that the intervention motivated them to increase their sun protection (74 of 83 men [89.2%]; 31 of 34 women [91.2%]) and to avoid indoor tanning beds (73 men [87.9%]; 31 women [91.2%]) and that the intervention was perceived as fun (83 men [98.8%]; 34 women [97.1%]). END_OF_DOCUMENT_TOKEN_TO_BE_REPLACED
Continue Reading
Author Interviews, Dermatology, Environmental Risks / 07.12.2017 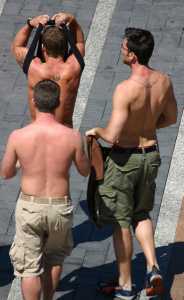 MedicalResearch.com: What is the background for this study? What are the main findings? Response: This research started around 7 years ago. Our lab had a lot of previous experience in studying how photosensitizers (molecules that absorb light and transfer energy to others in its surroundings) used for Photodynamic Therapy, behave in the intracellular environments. We realized that most scientific work that defined the effects of sun in skin did not really consider looking into the properties of the molecules that are naturally found in skin and that absorb light. We also realized that very likely natural photosensitizers present in the skin behaves similarly when excited by either UVA or visible light. It all depends on which molecule absorb light and how the subsequent excited states behave. The work started by looking at melanin and melanocyte cells (Chiarelli-Neto et al Free Radic Biol Med 2011, 51, 1195; Chiarelli-Neto O et al. PLoS ONE, 2014  9(11): e113266). More recently we start looking at keratinocytes  and liposfucin (Tonolli et al Journal of Investigative Dermatology 2017, 137, 2447). END_OF_DOCUMENT_TOKEN_TO_BE_REPLACED
Continue Reading
Author Interviews, Dermatology, Environmental Risks, Melanoma / 27.03.2017

Number Of High School Students Who Indoor Tan Dropped In Half

MedicalResearch.com Interview with: Dr. Andrea M Armani PhD Fluor Early Career Chair and Associate Professor Mork Family Department of Chemical Engineering and Materials Science University of Southern California, Los Angeles, California MedicalResearch.com: What is the background for this study? Response: The “Internet of Things” (IoT) has seen an explosion in online sensor technologies, including UV sensors and monitors; for example, those from Apple and Samsung. However, they require connectivity and power, and they are integrated into delicate electronic systems that are not compatible with outdoor, athletic activities such as swimming, which is precisely when you should monitor UV exposure. Therefore, somewhat ironically, the technologies developed to meet the demands of the IoT are not ideal for cumulative UV exposure detection. Our goal was to develop a single use patch – like a smart “band-aid” – for the beach to alert users when they had been in the sun for an hour and needed to re-apply sunscreen or get out of the sun altogether. This application required a rugged system that was waterproof, bendable, and compatible with sunscreen. Additionally, the sensor readout needed to be easy to interpret. These requirements influenced our design and material selection. END_OF_DOCUMENT_TOKEN_TO_BE_REPLACED
Continue Reading
Author Interviews, Melanoma, Yale / 22.02.2015

Skin Damaged by Sunlight Even When Out of the Sun

MedicalResearch.com Interview with: Douglas E. Brash, PhD Professor of Therapeutic Radiology and Dermatology Yale School of Medicine New Haven, CT MedicalResearch: What is the background for this study? What are the main findings? Dr. Brash: We wanted to know whether the origin of melanoma differed from other cancers because of the melanin. It has long been known that blondes and redheads are sensitive to sunlight, but the prevailing view was that this was because their skin is light. But there are light-skinned, dark-haired people in countries near the equator and they don't have the high skin cancer incidence seen in Australia. Several labs, including ours, had irradiated cells or mice with UV and found more cell death in cells containing melanin than cells lacking melanin. In the last couple of years, two papers have focused attention on the issue; one study found that irradiating mice with UVA only gave melanomas if the skin contained melanin and the other study found that mice genetically predisposed to UV-induced melanoma developed melanomas even without UV if they also had red melanin. The most important findings are: First, our skin continues to be damaged by sunlight even when we're out of the sun. Second, the melanin pigment in your skin is bad for you as well as good: it may be carcinogenic as well as protective. Third, the chemistry underlying these events, chemical excitation of electrons, has not been seen in mammals before. END_OF_DOCUMENT_TOKEN_TO_BE_REPLACED
Continue Reading