MedicalResearch.com Interview with: Eric Krokos 5th-year Ph.D. student in computer science Augmentarium visualization lab augmentarium.umiacs.umd.edu University of Maryland  MedicalResearch.com: What is the background for this study? What are the main findings? Response: I am interested in exploring the use of virtual and augmented reality in high-impact areas like education, medicine, and high-proficiency training. For VR and AR to excel as a learning tool, we felt there needed to be a baseline study on whether people would perceive information better, and thus learn better, in an immersive, virtual environment as opposed to viewing information on a two-dimensional desktop monitor or handheld device. Our comprehensive user-study showed initial results that people are able to recall information using virtual reality—there was an 8.8 percent improvement in recall ability from our study participants using VR. END_OF_DOCUMENT_TOKEN_TO_BE_REPLACED
Continue Reading
Author Interviews, Surgical Research, Technology / 05.02.2018

MedicalResearch.com Interview with: Dr. Dimitri Amiras, FRCR Consultant radiologist Imperial College Healthcare NHS Trust Dr. Philip Pratt PhD Research Fellow Department of Surgery & Cancer Imperial College London at St Mary's Hospital MedicalResearch.com: What is the background for this study? What are the main findings? Response: We have used the Microsoft HoloLens to assist with complex reconstructive surgery on several patients at a major trauma centre at St Marys Hospital. We believe this is the first report of such a use in reconstructive surgery. From dedicated CT scans we have been able to construct patient specific 3D models of the vascular channels supplying the skin to help the surgeon plan their surgical approach for the harvest of these skin flaps. These 3D models are then projected onto the patient as holograms using the Microsoft HoloLens making the information available and directly relevant at the time of the procedure. The technique helps the surgeon in planning his approach for the patient as well saving time locating the correct vessels at the time of surgery.  END_OF_DOCUMENT_TOKEN_TO_BE_REPLACED
Continue Reading
Author Interviews, Technology / 26.11.2017 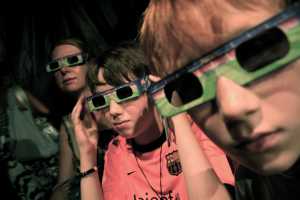 Professor Robert G. Parton FAA Institute for Molecular Bioscience, University of Queensland Brisbane, Australia MedicalResearch.com: What is the background for this study? What are the main findings? Response: We have combined whole cell microscopy with image analysis and virtual reality visualization to allow a user to explore the surface of a cancer cell and then to move inside the cell and interact with the organelles vital for cellular function. The study utilized serial blockface electron microscopy data of a migratory breast cancer cell (combining thousands of electron microscopic images into one 3D dataset) together with to-scale animations of endocytic processes at the cell surface. Through the use of low-cost commercial VR headsets, the user could then ‘walk’ over the alien landscape of the cell surface, observe endocytic processes occurring around them in real-time, and then enter a portal into the cell interior. We provide guidelines for the use of VR in biology and describe pilot studies illustrating the potential of this new immersive experience as an educational too END_OF_DOCUMENT_TOKEN_TO_BE_REPLACED
Continue Reading
Anesthesiology, Author Interviews, Pediatrics, Surgical Research, Technology / 18.10.2017

Virtual Cartoon Technology Can Ease Pediatric Anxiety in OR Before Anesthesia

MedicalResearch.com Interview with: Dr. Sunghee Han Professor Seoul National Unversity College of Medicine Seoul National University Hospital Department of Anesthesia and Pain Medicin What is the background for this new technology and study? What are the main findings? Response: The time from patient arrival in the operating theatre to induction of general anesthesia is one of the most stressful moments for children undergoing surgery. Various strategies such as 'pre-operative guided operating room tour' or 'therapeutic play intervention' have been developed in order to reduce children's pre-operative anxiety. Although these existing simulation-based approaches may be effective, they have not been widely used in real clinical settings with limited budget and resources such as manpower and space. Virtual Reality(VR), a relatively new technology in the field of healthcare, can allow the user to experience an immersive environment. In this study, using VR technology, we provided the children with a realistic trip to the operating theatre accompanied by ‘My best friend’ Pororo. “Pororo, The Little Penguin” is a very famous cartoon character in Korea and Asia. Most children in Korea watch Pororo in TV, play with Pororo toys since early yeas and perceive Pororo as a ‘close friend’. In the VR content used in this study, Pororo acts as a patient and is subjected to anesthesia and surgery himself. Pororo kindly brings his friend(the viewer; paediatric patient) to the theatre and shows all that is going on in there. Intervention with the VR content was able to reduce the level of anxiety in paediatric patients and promote collaborative behavior and acceptance of the invasive procedures, especially general anesthesia. Parental satisfaction level was also relatively higher in the VR group. END_OF_DOCUMENT_TOKEN_TO_BE_REPLACED
Continue Reading
Author Interviews, PTSD, Technology / 17.10.2017

MedicalResearch.com Interview with: Dr. Gale Lucas, PhD Director of Research USC Institute for Creative Technologies Playa Vista, CA   MedicalResearch.com: What is the background for this study? What are the main findings? Response: A common barrier to healthcare for psychiatric conditions is the stigma associated with these disorders. Perceived stigma prevents many from reporting their symptoms. Stigma is a particularly pervasive problem among military service members, preventing them from reporting symptoms of combat-related conditions like posttraumatic stress disorder (PTSD). This put them at risk for having their symptoms go untreated, with possible disastrous outcomes including suicide attempts. We envisioned a technology system – a virtual human interviewer – whereby military service members can get feedback about their risk for PTSD in a safe place without stigma. Indeed, our prior research has shown that, because its “just a computer” (therefore safe and anonymous), this virtual human interviewer helps people to feel safe discussing sensitive issues like mental health symptoms. In this follow-up research project (published in Frontiers), we sought to demonstrate the value of this kind of virtual human interviewer specifically for encouraging reporting of PTSD symptoms among service members. Specifically, we were interested in comparing the willingness of service members to report symptoms of PTSD to our virtual human interviewer, compared to the gold standard of the Post Deployment Health Assessment (PDHA). We wanted to isolate the effect of anonymity, separating it from “relational factors” that the virtual human interviewer uses to encourage service members to open up. Indeed, before asking these same questions as on the PDHA to capture PTSD symptoms, the system engages in social dialogue, which build rapport with users. The system asks “get to know you questions,” and throughout the interview, engage in active listening with responses such as nods, smiles, saying “uh huh,” and other encouraging phrases like “that’s great.” END_OF_DOCUMENT_TOKEN_TO_BE_REPLACED
Continue Reading
Author Interviews, Technology / 14.07.2017

MedicalResearch.com Interview with: Dr Ian Williams PhD Associate Professor, DMT Lab Birmingham City University Faculty of Computing, Engineering and the Built Environment Centre for Digital Media Technology Millennium Point Birmingham UK MedicalResearch.com: What is the background for your work? Response: Our work at the DMT Lab (dmtlab.bcu.ac.uk) focuses on developing a novel Mixed Reality (MR) medical presentation platform which allows practitioners to interact with patient data and virtual anatomical models in real time. The system enables the presentation of medical data, models and procedures to patients with the aim of educating them on pending procedures or the effects of lifestyle choices (for example the effects of smoking or excessive alcohol consumption). The system employs an exocentric mixed reality environment which can be deployed in any room. It integrates a medical practitioner in real time with multimodal patient data and the corresponding result is a real time co-located visualisation of both the practitioner and the data, which they can interact with in real time.  We implement a natural interaction method into the system which improves a user’s level of direct interaction with the virtual models and provides a more realistic control of the data. The system can also be used in a fun educational setting where patients, students, children or any naive user, can learn about medical anatomical information via a real-time interactive mixed reality “body scanner”. This fun system overlays the MR information onto their own body in real-time and shows them scaled and interactive virtual organs, anatomy and corresponding medical information. We are aiming for this system to be used not only in patient education but also in engaging and informing people on lifestyle choices. END_OF_DOCUMENT_TOKEN_TO_BE_REPLACED
Continue Reading
Author Interviews, Emory, Mental Health Research, Technology / 10.05.2017

MedicalResearch.com Interview with: Jessica Maples-Keller Emory University School of Medicine. MedicalResearch.com: What is the background for this study? What are the main findings? Response:  This manuscript is a review of the use of Virtual Reality (VR) technology within psychiatric treatment. VR refers to an advanced technological communication interface in which the user is actively participated in a computer generated 3-d virtual world that includes sensory input devices used to simulate real-world interactive experiences. VR is a powerful tool for the psychiatric community, as it allows providers to create computer-generated environments in a controlled setting, which can be used to create a sense of presence and immersion in the feared environment for individuals suffering from anxiety disorders. END_OF_DOCUMENT_TOKEN_TO_BE_REPLACED
Continue Reading
Author Interviews, Psychological Science, Technology / 09.03.2017

Virtual Realty Clarifies Location of Empathy in the Brain

MedicalResearch.com Interview with: Indrajeet Patil PhD former PhD student at SISSA, Trieste and currently a postdoctoral researcher at Harvard University MedicalResearch.com: What is the background for this study? Response: Human societies are built on mutually beneficial cooperation, which relies on our prosocial and altruistic impulses to help each other out. Psychologists have been trying to understand the psychological basis of altruistic behavior for a while now, but studying costly altruism - a kind of helping behavior in which the altruist pays a heavy price to help others - has been difficult to study in lab settings given the ethical problems associated with creating any paradigm where participants stand to get hurt. Thus, the question is how do you study the motivation behind acts that involve a very high risk of physical injury to the self while helping others? Such situations are common in emergency contexts where people can be faced with the choice of either saving their own life or risking it to save someone else's life. END_OF_DOCUMENT_TOKEN_TO_BE_REPLACED
Continue Reading
Author Interviews, MRI, Technology / 28.11.2016