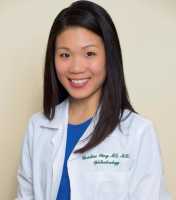 Dr. Weng: Telemedicine has been around for a long time, but only recently have technological advances solidified its utility as a reliable, effective, and cost-efficient method of healthcare provision.  The application of telemedicine in the field of ophthalmology has been propelled by the development of high-quality non-mydriatic cameras, HIPAA-compliant servers for the storage and transfer of patient data, and the growing demand for ophthalmological care despite the relatively stagnant supply of eye care specialists.  The global epidemic of diabetes mellitus has contributed significantly to this growing demand, as the majority of patients with diabetes will develop diabetic retinopathy in their lifetime.

Today, there are over 29 million Americans with diabetes, and diabetic retinopathy is the leading cause of blindness in working age adults in the United States.  The American Academy of Ophthalmology’s and American Diabetes Association’s formal screening guidelines recommend that all diabetic patients receive an annual dilated funduscopic examination.  Unfortunately, the compliance rate with this recommendation is quite dismal at an estimated 50-65%.  It is even lower amongst minority populations which comprise the demographic majority of those served by the Harris Health System in Harris County, Texas, the third most populous county in the United States.

In 2013, the Harris Health System initiated a teleretinal screening program housed by eight of the district’s primary care clinics.  In this system, patients with diabetes are identified by their primary care provider (PCP) during their appointments, immediately directed to receive funduscopic photographs by trained on-site personnel operating non-mydriatic cameras, and provided a follow-up recommendation (e.g., referral for in-clinic examination versus repeat imaging in 1 year) depending on the interpretation of their images.  The images included in our study were interpreted via two different ways—once by the IRISTM (Intelligent Retinal Imaging Systems) proprietary auto-reader and then again by a trained ophthalmic specialist from the IRISTM reading center.  The primary aim of this study was to evaluate the utility of the auto-reader by comparing its results to those of the reading center.

Data for 15,015 screened diabetic patients (30,030 eyes) were included.  The sensitivity of the auto-reader in detecting severe non-proliferative diabetic retinopathy or worse, deemed sight threatening diabetic eye disease (STDED), compared to the reading center interpretation of the same images was 66.4% (95% confidence interval [CI] 62.8% – 69.9%) with a false negative rate of 2%.  In a population where 15.8% of diabetics have STDED, the negative predictive value of the auto-reader was 97.8% (CI 96.8% – 98.6%).

Dr. Weng: Diabetic retinopathy is a silent blinder—affected patients are often asymptomatic until the most advanced stages of disease.  This is precisely why screening is so critical for this condition.  With early detection and treatment, diabetic retinopathy’s detrimental effects are largely preventable.

The most important takeaway is that the IRISTM auto-reader was found to have an impressively low false negative rate in identifying those with sight threatening diabetic eye disease; this means that it very rarely “missed” patients with true vision-threatening disease.  While there have been several studies evaluating various teleretinal screening systems, there has been little data validating these systems.  It is critical to confirm the validity of a screening tool before it can be safely integrated into the chain of healthcare provision.  Our results show that the automated IRISTM algorithm holds great promise as a screening tool to identify potentially blinding pathology in diabetic patients who may not have otherwise received ophthalmic care.

The study also highlights telemedicine’s potential impact on improving screening compliance, reducing blindness, and optimizing allocation of resources.  Screening compliance within the district has increased from 62% to 80% over the past two years, and we have been able to perform screening for volumes that would otherwise be unreachable given limited clinic appointment availability. Programs such as ours also conserve resources for those in greatest need.  Those with no retinopathy are recommended to return in one year for repeat screening; thus, resources are not expended on patients who would not necessarily benefit from an in-clinic ophthalmoscopic examination.

In the first two years since the screening program’s inception, we have screened nearly 50,000 diabetic patients; over 40% have been found to have some level of pathology, and 5% were discovered to have  sight threatening diabetic eye disease and subsequently referred for an in-clinic examination and treatment.  This equates to approximately 2,500 patients who have been potentially saved from impending blindness! And of course, the prevention of blindness brings numerous intangible benefits that are difficult to quantify, but undeniable, such as improvement in the quality of life, prolonged lifespan, and the preservation of a person’s position in the workforce as a contributing member of society.

Dr. Weng: We have a lot of interesting analyses in store for the future.  The economic advantages of teleretinal screening compared to conventional screening have been reported in the literature, and I would like to contribute to that fund of knowledge.  I have a particular interest in evaluating the benefits of an intervention in the context of its cost, and we will be pursuing a detailed cost-benefit analysis of our screening program.  When patients with diabetic retinopathy are detected at an earlier stage, they can often be treated with panretinal laser photocoagulation in the clinic instead of with surgical repair in the operating room; this not only equates to better clinical outcomes for the patient, but is clearly the more cost-effective option.  We plan to quantitatively estimate how much vision loss has been prevented as a result of our screening program and compare that to the associated costs.  We expect that the benefits of earlier intervention will prove to be striking.

Telemedicine has so far been used in ophthalmology primarily for diabetic retinopathy and retinopathy of prematurity, but less commonly for other diseases.  Algorithms are currently being developed that may soon allow for screening of other conditions such as glaucoma and macular degeneration, so we look forward to expanding the applications of our screening program in upcoming years.  There has also been a lot of interest in the possibility of taking our screening program internationally to countries with less developed medical systems.

This is one of the largest automated diabetic teleretinal screening studies in the literature to date, and our findings have helped to confirm the validity of telemedicine in ophthalmology as a screening mechanism.  The development of efficient and accurate screening tools with the capacity to evaluate large numbers of patients with some degree of automation could be very impactful in reducing the incidence of blindness in diabetic patients, and we look forward to continuing our work in this exciting arena.