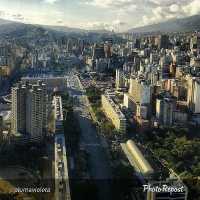 Response: Venezuela, as many countries in Latin America, showed substantial improvements in infant mortality rates during the last 60 years. However, the decreasing pattern might be reversing. Recent socioeconomic and political events have led to a collapse in living standards, along with a breakdown of the health system. At the same time, a strict secrecy policy has ruled public institutions, and since 2013 the Venezuelan government stopped publishing mortality statistics.

This study attempts to fill this gap and estimate infant mortality using hospital and census data after 2013.

The main finding is that infant mortality rates in Venezuela may have stopped decreasing and started increasing in 2009 – around the time funding for the Venezuelan health system started to be substantially reduced. By 2016, the infant mortality rate was 21.1 deaths per 1000 live births, which is 1.4 times the rate in 2008 (15.0 deaths per 1000 live births), and equivalent to the rate recorded in the late 1990s, meaning 18 years of progress may have been lost.

Response: The UN Millennium Development Goals (MDGs) and the Sustainable Development Goals (SDGs) consider child mortality as a key indicator of health, social, and environmental conditions. In this framework, and as a member of the UN, Venezuela assumed the legal commitment to reduce infant mortality to 9 or less per 1000 live births by the year 2015. This commitment has not been kept. Regrettably, far from succeeding, the country is showing a deterioration of child survival for the first time. Venezuela is the only country in South America that has risen back to the infant mortality rate levels of the 1990s.

Response: When war or intense institutional crises take over a country, data become at the time hard to come by and essential to monitor their impact. Without the availability of official mortality statistics, for this study was used all available data sources, including death counts from hospital data (Notifiable Diseases Bulletins 2014–16), summary birth history from census and survey data (ENCOVI 2016) as inputs to model long-term infant mortality rates. We presented the most probable infant mortality rate estimations rather than the most exact ones, because of the available estimations in the country. Future research should be based on observational data as much as possible, due to rapid changes in trend introduce by the deep socio-economic crisis.

Response: This study provides a strong evidence base for action to be taken to alleviate and aid the humanitarian crisis under way in Venezuela.

Citation: Trends in infant mortality in Venezuela between 1985 and 2016: a systematic analysis of demographic data”, The Lancet Global Health: Published January 24, 2019.