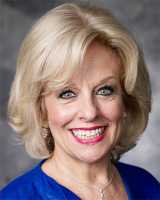 Response: Finding effective treatments to reverse or slow rates of cognitive decline for those at risk for developing dementia is one of the most important and urgent challenges of the 21st century.

Response: Twenty-two (22) participants with a diagnosis of MCI were randomized into one of two groups: tDCS + SMART, and sham + SMART. All participants completed a baseline cognitive assessment along with resting state cerebral blood flow measures, followed by assessments immediately post-SMART training and 3-month post-training.

All the participants in both groups showed immediate improvements in higher-order cognitive functions comprised by executive functions (conceptual reasoning and fluency), sustained gains in objective episodic memory and subjective memory satisfaction. The sham + SMART group showed additional benefits as indicated by significant immediate gains after training on three measures: executive function, inhibition and innovation, and episodic memory. Counter to our expectations, these gains were blocked in the active tDCS + SMART group. Thus, the hypothesis that neuroplasticity would be enhanced by brain stimulation to elevate training effects was not supported.

Response: “People with Mild Cognitive Impairment are flooded with daily life information that can overwhelm a comprised brain. Fortunately, the present results suggest they can improve cognitive functions given certain trainings,” said the study’s lead author, Namrata Das, MD, MPH, who works in the lab of Dr. Sandra B. Chapman, chief director of the Center for BrainHealth. “This study adds to the compelling evidence that cognitive training provides an intervention option to benefit people with MCI, to strengthen their cognitive capacity and even their daily memory function.”

The study also sends a warning signal that brain stimulation must be carefully studied before deployed at large, as the effects may result in weakening and even blocking the potential gains from training.

Response: Further work is needed to confirm whether applying tDCS to different regions of the brain has an additive effect to cognitive training as sought in this study. It would also be informative to use real-time fMRI to better understand precisely where the brain is being affected by tDCS at the neuronal level – to better guide stimulation sites.

Response: Harnessing the built-in neuroplasticity of the brain offers great promise to make much-needed progress in improving cognitive health and overall well-being, especially in the preclinical stages of a progressive dementia. There is still much to explore to further test the upper limits of the brain’s own systems to be strengthened against decline with cognitive training. This study adds to the growing scientific foundation of evidence that we can accelerate an optimal system of care to advance brain health. The cost of doing nothing is too high. The failure to attend to brain health unless or until there is clear evidence of a problem is waiting too long to recoup losses.