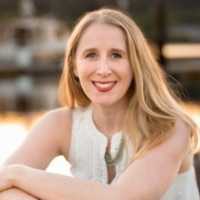 Response: The American Academy of Pediatrics (AAP) recommends that infants are breastfed exclusively for about the first 6 months and that breastfeeding continue for at least 12 months, and thereafter for as long as mother and baby desire. Although breastfeeding initiation and duration rates have increased overall in the United States, breastfeeding rates vary by geographic location, socioeconomic, and race/ethnic groups. Breastfeeding initiation and duration have been historically and consistently lower among black infants compared with white and Hispanic infants.

There are many factors that influence a woman’s decision to start and continue breastfeeding. These include knowledge about breastfeeding, cultural and social norms, family and social support, and work and childcare environments. Some barriers to breastfeeding are disproportionately experienced by black women, including earlier return to work, inadequate receipt of breastfeeding information from providers, and lack of access to professional breastfeeding support.

Response: Breastfeeding rates have been increasing overall, among all racial/ethnic groups; however, we need to better understand why some states have such large disparities in breastfeeding rates between black and white infants so that public health efforts to improve breastfeeding rates among black infants are effective. Because the racial disparity in breastfeeding might depend on factors such as income and education, future studies examining the interactions among these factors are warranted to understand the independent contribution of each factor. In addition, proven interventions to support breastfeeding for black women are needed.

Response: The positive impact of breastfeeding on short-term and long-term health outcomes of both mothers and their infants is well-documented. Breast milk is the most complete form of nutrition for infants and protects infants from many diseases including diabetes, diarrhea, ear infections, respiratory infections, and Sudden Infant Death Syndrome. Breastfeeding also lowers the risk of breast and ovarian cancers, type 2 diabetes, and heart disease for mothers. Thus, it is important for all mothers to receive the support they need to breastfeed their infants. Many mothers need ongoing community support to help them overcome challenges they face while in the hospital, when they go home, or after they return to work.  To increase the rate of breastfeeding among black infants, interventions are needed to address barriers experienced disproportionately by black mothers.  No disclosures.