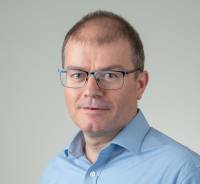 Response: Skin cancer is one of the most common cancers in the world, and the incidence is increasing. In 2003, the World Health Organization estimated that between two and three million skin cancers occur globally each year, 80% of which are basal cell carcinoma, 16% cutaneous squamous cell carcinoma, and 4% melanoma. The potential for melanoma to metastasise to other parts of the body means that it is responsible for up to 75% of skin cancer deaths. Five year survival can be as high as 91-95% for melanoma if it is identified early, which makes early detection and treatment key to improving survival.

Early detection of melanoma is reliant on people with new or changing moles seeking early advice from medical professionals. Skin cancer smartphone applications (“apps”) provide a technological approach to assist people with suspicious lesions to decide whether they should seek further medical attention. Of increasing interest are smartphone apps that use inbuilt algorithms (or “artificial intelligence”) that catalogue and classify images of lesions into high or low risk for skin cancer (usually melanoma).

Apps with inbuilt algorithms that make a medical claim are now classified as medical devices that require regulatory approval. These apps could be harmful if recommendations are erroneous, particularly if false reassurance leads to delays in people obtaining medical assessment.  CE (Conformit Europenne) marking has been applied to allow distribution of two algorithm based apps in Europe (SkinScan and SkinVision), one of which is also available in Australia and New Zealand. However, no apps currently have United States Food and Drug Administration (FDA) approval to allow their distribution in the US and Canada.

We have completed a systematic review of studies that examine the accuracy of all apps that use inbuilt algorithms to identify skin cancer in users of smartphones.  We report on the scope, findings, and validity of the evidence.

Response: Nine relevant studies that evaluated six different apps were identified. Studies were small and overall of poor quality. Problems in the studies included the suspicious moles were chosen by clinicians not the app users, the photographs were taken by trained researchers on study phones, not by users on their own phones, and photographs that could not be evaluated by the apps were excluded. Also study participants were not followed up to identify cancers which were missed by the apps.

No published studies were found that evaluated the CE-marked TeleSkin skinScan app.

To put this into context, in a population of 1000 users in which 3% have a melanoma, SkinVision could still miss four of 30 melanomas and 200 people would wrongly be told their mole was of high concern. But the limitations of the studies suggest that more errors are likely to be made.

Response: Medical tests can harm people if they give erroneous results.  If these apps miss cancer, users may delay obtaining medical advice, and present at a later stage which may not be so successfully treated. There is little evidence available on the accuracy of skin cancer apps, and what was available indicates that the apps may miss some cancers.  Furthermore, the studies that we found did not use the apps in the way the public will use them, or check for missed cancers.  This means that the studies may have overestimated how well they perform in the real world.

The current regulation process in Europe is inadequate for protecting the public against potential harms from these apps.  SkinVision and SkinScan are currently being marketed with claims that they can “detect skin cancer at an early stage” or “track moles over time with the aim of catching melanoma at an earlier stage of the disease”.  There is no requirement for the error rates to be made available, and app users are not being properly informed as to how likely the app is to make a correct assessment.

The apps cannot replace the judgement of a healthcare professional.  Anybody with a mole which is causing concern should obtain medical advice regardless of what the app indicates.

Response: Future studies of these apps need to assess them in the people and manner in which they will be used – with studies recruiting typical apps users who selecting the lesions to photograph, take photographs on their own phones, and results are reported regardless of the quality of the images. Studies need to investigate how the results from the app change users health seeking behaviour. As apps change over time, researchers must also be clear as to which version of an app is being assessed.   Studies must follow-up all patients- both those with app assessments which are suspicious and those with app assessments which are graded as low risk to determine which individuals have skin cancer to properly assess the ability of the apps to identify cancer.

Response: App manufacturers need to ensure that they properly inform app users of the error rates for the version of the app which they are using.   Regulators need to support this, and ensure that they account for the harm that apps with poor accuracy create when assessing these new technologies, and insist on users being properly informed of the error rates of any risk assessments.

Anybody with a changing or strange mole which is causing concern should seek an early medical assessment.

Response: Nothing to disclose.  The research was supported by the National Institute for Health Research (NIHR) Birmingham Biomedical Research Centre and is an update of one of a collection of reviews funded by the NIHR through its Cochrane Systematic Review Programme Grant.