13 May Ear Infections in Children: Tubes vs Medical Management Compared 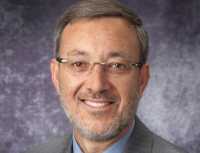 Response: Acute otitis media (AOM) is the most frequently diagnosed illness in children in the United States for which antibiotics are prescribed. Recurrent AOM is the principal indication for tympanostomy-tube placement, the most frequently performed operation in children after the newborn period. Supporting the performance of tympanostomy-tube placement for recurrent acute otitis media has been the commonplace observation, after surgery, of acute otitis media–free periods of varying duration. Counterbalancing this view have been the cost of tympanostomy-tube placement; risks and possible late sequelae of anesthesia in young children; the possible occurrence of refractory tube otorrhea, tube blockage, premature extrusion, or dislocation of the tube into the middle-ear cavity; various structural tympanic membrane sequelae; and the possible development of mild conductive hearing loss. Tempering support for surgery is the progressive reduction in the incidence of acute otitis media that usually accompanies a child’s increasing age.

Given these uncertainties, we undertook the present trial involving children 6 to 35 months of age who had a history of recurrent acute otitis media to determine whether tympanostomy-tube placement, as compared with medical management (comprising episodic antimicrobial treatment, with the option of tympanostomy-tube placement in the event of treatment failure), would result in a greater reduction in the children’s rate of recurrence of acute otitis media during the ensuing 2-year period.

MedicalResearch.com: What are the main findings? Were the children with the ear tubes more or less symptomatic when they did get an infection?

Response: The primary results found that in children aged 6 to 35 months all of whom had received pneumococcal conjugate vaccine, tympanostomy-tube placement was not superior to medical management in reducing the rate of ear infections during the ensuing 2-year period. A benefit, however, of placing tympanostomy tubes was that, on average, it took about 2 months longer for a child to develop a first ear infection after tubes were placed, compared with children whose ear infections were managed with antibiotics. Importantly, despite their greater use of antibiotics, the trial found no evidence of increased bacterial resistance among children in the medical-management group.

The proportion of children with severe (moderate or severe otalgia, or high fever) vs. non-severe recurrences of AOM did not differ between the two treatment groups.

As expected children with AOM in the tympanostomy tube group presented most frequently (~75% of instances) with otorrhea; children in the medical management group presented most frequently (~75% of instances) with other AOM-related symptoms. A robust finding of the trial was that the rate of ear infections among children in both groups fell with increasing age. The rate of infections was 2.6 times higher in children younger than 1 year, compared with the oldest children in the trial, those between 2 and 3 years, regardless of whether they received medical management or tube insertion.

Response: Overall, there were no differences between children in the two groups when it came to the rate or severity of ear infections during a 2-year period. And, though the children in the medical management group received more antibiotics, there was also no evidence of increased antimicrobial resistance in samples taken from the children. The trial also didn’t find any difference between the two groups in the children’s quality of life or in the effect of the children’s illness on parents’ quality of life.

Most children outgrow ear infections as the Eustachian tube, which communicates the middle-ear with the back of the throat, works better. Previous studies of tubes were conducted before children were universally immunized with pneumococcal conjugate vaccine, which has also reduced the likelihood of recurrent ear infections. It’s also important to recognize that most children outgrow ear infections as they grow older. Finally, we must appreciate that for the relatively few children who continue to meet criteria for recurrent ear infections (3 in 6 months or 4 in 1 year) after having met those criteria initially, placement of tympanostomy tubes may well be beneficial.

Disclosures listed in the NEJM article, not related with findings of this study.