MedicalResearch.com Interview with: Daniel Myran, MD, MPH, CCFP, FRCPC Family and Public Health and Preventive Medicine Physician CIHR Fellow, Ottawa Hospital Research Institute Department of Family Medicine Innovation Fellow University of Ottawa MedicalResearch.com: What is the background for this study? Response: Canada legalized recreational, or non-medical, cannabis in October 2018. Canada took phased approach to legalization initially only allowing flower-based cannabis products and oils and after one year permitting the sale of commercial cannabis edibles (e.g. THC containing candies, baked goods, and drinks). In this study we took advantage of this phased roll out of legal cannabis to understand the impact of legalization on cannabis exposures or poisonings in children aged 0-9 years and the contribution of different types of cannabis products to these events. END_OF_DOCUMENT_TOKEN_TO_BE_REPLACED
Continue Reading
Author Interviews, Columbia, COVID -19 Coronavirus, Pediatrics / 06.01.2022 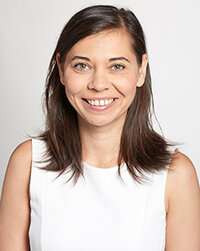 MedicalResearch.com Interview with: Dani Dumitriu, MD, PhD Assistant Professor of Pediatrics (in Psychiatry) The Sackler Institute for Developmental Psychobiology Columbia University, New York MedicalResearch.com: What is the background for this study? What are the main findings?  Response: A lot of research has focused on the effects of COVID-19 in various vulnerable populations, such as elderly individuals, immunocompromised patients, and individuals with severe comorbidities. However, one vulnerable population that has remained relatively understudied are the infants exposed to maternal COVID-19 disease during pregnancy. While early on in the pandemic we and other groups showed reassuring data on low risk of vertical transmission, meaning the passing of the virus from mother-to-infant is rare, this does not necessarily mean that these infants wouldn't experience long-term consequences related to the maternal infection through other means. We know from other viral illness that maternal illness, most commonly through the activation of her immune system, can lead to a cascade of events that affect fetal development. This is why a large number of physicians and researchers at Columbia University spearheaded the COVID-19 Mother Baby Outcomes (COMBO) Initiative -- to look at potential long-term health effects on both infants and mothers. END_OF_DOCUMENT_TOKEN_TO_BE_REPLACED
Continue Reading
Author Interviews, Cannabis, Neurology, Pediatrics / 15.12.2021 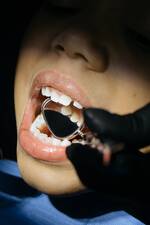 MedicalResearch.com Interview with: Michael Cabana, M.D., M.A., M.P.H Professor of Pediatrics Albert Einstein College of Medicine. Physician-in-chief , Children's Hospital at Montefiore Chair of the Department of Pediatrics Albert Einstein College of Medicine Member, U.S. Preventive Services Task Force  MedicalResearch.com: What is the background for this study and recommendation statement?  Response: Dental caries, also known as cavities or tooth decay, is the most common chronic disease in children in the United States and can develop in any child whose teeth have come in. Many young children under five years old do not visit a dentist, so the Task Force reviewed the latest evidence on how primary care clinicians can help prevent tooth decay in young children. The Task Force’s research led to two important findings: all young children whose teeth have come in should have fluoride varnish applied by their clinician, and all children six months and older whose water supply doesn’t contain enough fluoride should receive fluoride supplements. Both approaches can help prevent cavities in kids. The Task Force also determined that there is not enough evidence to recommend for or against screening for tooth decay in the primary care setting for children under five. This is consistent with the Task Force’s 2014 recommendation on dental caries. END_OF_DOCUMENT_TOKEN_TO_BE_REPLACED
Continue Reading
Author Interviews, HPV, Vaccine Studies / 01.10.2021 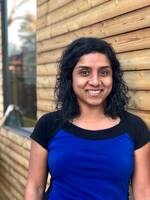 MedicalResearch.com Interview with: Holly Frost, MD Assistant Professor Pediatrics University of Colorado Anschutz School of Medicine Thersia Sebastian, MD Pediatrics, Denver Health  MedicalResearch.com: What is the background for this study? Response: Among children with acute otitis media (AOM) S.pneumoniae, H.influenzae, and M.catarrhalis are the predominant bacterial otopathogens. Historically, the gold standard for diagnosing otopathogens has been through middle ear fluid (MEF) culture. The challenge with MEF culture is that it is time-consuming and requires expert training often only done by specialists, thereby limiting its diagnostic utility to guide routine clinical care. Recent studies have shown that there is a high correlation between nasopharyngeal (NP) and MEF organisms during AOM. It is easier to collect NP swabs and less training is required. Thus, NP samples could serve as a surrogate for detection of otopathogens, potentially making identification of otopathogens practical and feasible in a typical practice environment compared to a MEF collection. Identification of otopathogens could be critical in treatment management of AOM, especially in the era of antimicrobial stewardship efforts to overall reduce unnecessary antibiotic use. Our goal was to compare the sensitivity and specificity of NP PCR to NP culture for common bacteria that cause ear infections.  END_OF_DOCUMENT_TOKEN_TO_BE_REPLACED
Continue Reading
Author Interviews, COVID -19 Coronavirus, Pediatrics, Vaccine Studies / 28.09.2021

MedicalResearch.com Interview with: Jonathan Baktari, MD CEO of e7health.com Dr. Baktari, CEO discusses Pfizer’s recent announcement that their vaccine trial for children ages 5-11 has been safe and effective, marking a major milestone in the fight against COVID-19.   MedicalResearch.com: What risks should parents weigh? Response: Pfizer has already said that based on their studies the lower dose two shot COVID vaccine for children is safe, meaning that their data shows minimal side effects. If that data is correct, then we should expect the same minor symptoms we see with teenagers to the COVID vaccine  END_OF_DOCUMENT_TOKEN_TO_BE_REPLACED
Continue Reading
Author Interviews, CMAJ, COVID -19 Coronavirus, Pediatrics / 27.09.2021 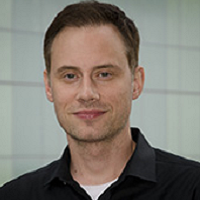 MedicalResearch.com Interview with: Shaun K. Morris MD, MPH, FRCPC, FAAP, DTM&H Divisions of General Pediatrics Clinician-Scientist, Division of Infectious Diseases Division of Infectious Diseases at the Hospital for Sick Children (SickKids) for the Canadian Paediatric Surveillance Program COVID-19 Study Team MedicalResearch.com: What is the background for this study? Response: The SARS-CoV-2 virus can cause the disease we now call COVID-19. In early 2020, when the SARS-CoV-2 virus first spread outside of China, it quickly became apparent that cases may be seen in Canada. It was not known at the time how infection with the virus would affect children and youth. Because more severe disease from other respiratory viruses often disproportionally affect the very young, we expected that a similar pattern may be seen with SARS-CoV-2. We also did not know if children and youth with certain underlying medical conditions may be at higher risk for more severe disease. Ultimately, this study was designed to get a better understanding of how often children and youth in Canada are hospitalized with SARS-CoV-2 infection, how often severe disease happens, and which children or youth may be at higher risk for severe disease.      END_OF_DOCUMENT_TOKEN_TO_BE_REPLACED
Continue Reading
Author Interviews, Columbia, Emergency Care, JAMA, Pediatrics, Race/Ethnic Diversity, Yale / 17.09.2021 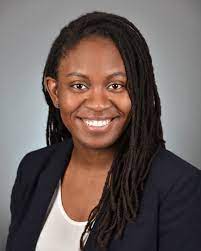 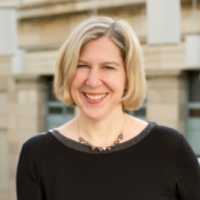 MedicalResearch.com Interview with: Emily Oken MD MPH Professor, Harvard Medical School Professor in the Department of Population Medicine Associate Director and Advisor, Oliver Wendell Holmes Society. Professor, Department of Nutrition, Harvard School of Public Health MedicalResearch.com: What is the background for this study? What are the main findings? Response: In this study of over 11,000 mothers and children, we found that a mothers with higher weight in late pregnancy had children with poorer performance on tests of cognition and behavior in childhood and adolescence. The findings are consistent with results from studies in other populations around the world, as well as animal experiments.  This research suggests that maternal nutrition is important for child health over the long-term, and specifically provides support for mothers to try to achieve healthy weight and nutritional status during pregnancy. END_OF_DOCUMENT_TOKEN_TO_BE_REPLACED
Continue Reading
Accidents & Violence, Author Interviews, Pediatrics / 28.08.2021

MedicalResearch.com Interview with: Gary A. Smith, MD, DrPH Director, Center for Injury Research and Policy Nationwide Children’s Hospital Columbus, OH MedicalResearch.com: What is the background for this study? Response: Furniture and TV tip-overs are an important source of injury, especially for children younger than 6 years old. Our study found that an estimated 560,200 children younger than 18 years old were treated in U.S. emergency departments for furniture or TV tip-over injuries from 1990 through 2019. In 2019, there were 11,521 injured children, which is an average of one child every 46 minutes. END_OF_DOCUMENT_TOKEN_TO_BE_REPLACED
Continue Reading
Author Interviews, Brigham & Women's - Harvard, Electronic Records, JAMA, Pediatrics, Primary Care / 09.07.2021 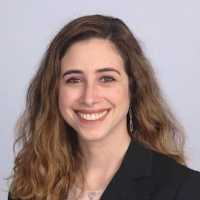 MedicalResearch.com Interview with: Lisa Rotenstein, MD, MBA Assistant Medical Director Population Health and Faculty Wellbeing Department of Medicine Brigham and Women's Hospital MedicalResearch.com: What is the background for this study? Response: Our previous work in JAMA Internal Medicine demonstrated significant differences in time spent on the electronic health record (EHR) by specialty, and specifically showed that primary care clinicians spent significantly more total and after-hours time on the EHR than surgical and medical specialty counterparts. Primary care clinicians spent twice as long as surgical colleagues on notes, and received more than twice as many messages from team-mates, five times as many patient messages, and fifteen times as many prescription messages each day. Given these findings, the heavy administrative burden placed on primary care clinicians, and previous data about burnout among primary care clinicians, we wanted to better understand differences in time spent on the EHR among the different types of primary care clinicians. END_OF_DOCUMENT_TOKEN_TO_BE_REPLACED
Continue Reading
Author Interviews, Education, Pediatrics / 19.06.2021

MedicalResearch.com Interview with: Lisa Forbes, Ph.D, LPC, NCC Clinical Assistant Professor Counseling Program University of Colorado Denver MedicalResearch.com: What is the background for this study? What are the main findings?  Response: The most common mode of learning in tertiary education is lecture-based learning despite the knowledge that more active, engaged, and flexible approaches to teaching may better support the learning process. This study aimed to understand graduate students’ experiences with a playful pedagogy as an alternative approach to learning. END_OF_DOCUMENT_TOKEN_TO_BE_REPLACED
Continue Reading
Author Interviews, ENT, Pediatrics, University of Pittsburgh / 13.05.2021

MedicalResearch.com Interview with: Jared Bullard MD FRCPC Associate Professor, Departments of Pediatrics & Child Health and Medical Microbiology & Infectious Diseases Max Rady College of Medicine Rady Faculty of Health Sciences Cadham Provincial Laboratory Children’s Hospital Research Institute of Manitoba MedicalResearch.com: What is the background for this study? Response: Children are well known to transmit epidemic/endemic respiratory viruses like influenza. Initial public health policy was based on that children were likely to transmit SARS-CoV-2 effectively within a community and subsequently in-person school and extracurricular activities were suspended. Initial research did not show a clear association with children driving transmission. The purpose of our study was to take respiratory samples from both children and adults with COVID-19 (all had SARS-CoV-2 detected by RT-PCR) and compare those samples by their ability to grow in cell culture and amount of virus in samples. We took 175 samples from children (97 younger than 10 years of age and 78 between 11-17 years) and compared them to 130 adult samples from the same communities in Manitoba experiencing outbreaks of COVID-19.  END_OF_DOCUMENT_TOKEN_TO_BE_REPLACED
Continue Reading
AACR, Author Interviews, Brain Cancer - Brain Tumors, Cancer Research, Pediatrics / 10.04.2021 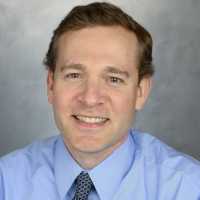 MedicalResearch.com Interview with: Gregory K. Friedman, MD Associate Professor Director, Developmental Therapeutics Associate Scientist, O'Neal Comprehensive Cancer Center at UAB Neuro-Oncology Program Division of Pediatric Hematology-Oncology University of Alabama at Birmingham MedicalResearch.com: What is the background for this study? Response: This was a first-in-children trial to test the safety of an immunotherapy using an altered cold-sore virus (herpes virus or HSV-1), G207, infused directly via catheters into progressive or recurrent malignant brain tumors. Due to modifications in G207, the virus does not harm normal cells but can infect and directly kill tumor cells while also stimulating the patient’s own immune system to attack the tumor. We tested G207 at two dose levels alone and when combined with a single low dose of radiation, which was used to increase virus replication and spread throughout the tumor. The research is important because outcomes are very poor for children with progressive malignant brain tumors, and the toxicities caused by current standard therapies are unacceptably high. Therefore, we greatly need effective and less-toxic targeted therapies for children. END_OF_DOCUMENT_TOKEN_TO_BE_REPLACED
Continue Reading