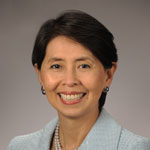 Response: Dementia is a common disorder that was estimated to have a worldwide prevalence of 44 million in 2016 and is projected to hit 115 million by 2050. Many phase 3 trials of various therapies have failed and we have no treatment currently available for the prevention or reduction of the course of dementia. A slow neurocognitive decline throughout life is part of the normal process of aging. However, there is a subset of individuals who may have accelerated aging and is at high risk of development dementia. If the course of such accelerated decline could be altered in any way, it would be important to evaluate. The role of diet with biologic aging has been studied and diet has been also found to be associated with age-related conditions linked to dementia, including cardiovascular disease and diabetes.

Our aim was to determine whether closer adherence to the alternative Mediterranean diet (aMED) was associated with impaired cognitive function these two studies. We were interested in the particular components of the Mediterranean diet that may be important. We also evaluated the interaction of genetics with the diet.

Response: Mediterranean diet adherence was associated with decreased risk of cognitive impairment. There was a dose response relationship in that the higher the adherence, the better the beneficial effect. The results were consistent between the two clinical trials of persons who did not have cognitive impairment at the baseline of the study but did have varying degrees of severity of AMD. The strength of this relationship of diet with cognitive function was fairly large with 40 to 50 % reduction.

MedicalResearch.com: What role did the ApoE gene have on the results?

Response: It is important to consider possible modification with your diet. These are not the results of a randomized trial but the data are quite compelling. And other studies have supported this theory that you are what you eat. Eating fish twice a week has beneficial effects and having a Mediterranean diet has been demonstrated to reduce the risk of heart disease and impairment in cognition.

Response:  This is a study of association so it would be important to have randomized controlled clinical trials to test the effect of a Mediterranean Diet on cognitive function. A randomized trial (PREDIMED) conducted in Spain with comparisons between Mediterranean diet vs. low fat diet found that participants randomized to a Mediterranean diet had higher cognitive function scores after 6.5 years than those randomized to a low-fat control diet. The NIH is also supporting the Mediterranean-DASH Diet Intervention for Neurodegenerative Delay (MIND) Study. This is a Phase III randomized controlled trial designed to test the effects of a 3-year intervention of a hybrid of the Mediterranean and DASH diets, called MIND, on cognitive decline among 600 individuals 65+ years without cognitive impairment who are overweight and have suboptimal diets, as described the clinicaltrials.gov. That would be the gold standard for establishing a potential treatment for cognitive impairment. This study is done in persons who are high risk of developing cognitive decline.