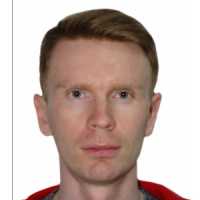 Response: The growth of morbidity and mortality from cardiovascular diseases in developing countries and slowing the decline in mortality from major cardiac events in Europe in last two decades were not explained by traditional risk factors.

Response: Based on long-term observation of cohort generated from general population of working age we determined several key findings. Psychosocial factors like vital exhaustion are independent predictors of arterial hypertension, myocardial infarction and stroke in population aged of 25-64 years. There are gender differences found in the effect of psychosocial factors on well-being and health status. A disadvantaged social gradient (living alone, manual work, lower education) was an additional risk factor of myocardial infarction in both genders in combination with affective disorders.

Response: The prevalence of high vital exhaustion (VE) in 1994 was 2-fold higher in women compared with men in an open population. The trend towards a significant decrease in high and moderate levels of VE in both genders began in 2013-2016 but it was unstable. The decrease in vital exhaustion occurred only in females, while levels of exhaustion did not decrease in men the same age but slightly increased in comparison with 2003. At 2017, for the first time men began to report high exhaustion more often than women over 23-year of follow-up (16.9% and 15.6% for men and women aged of 35-64 years, respectively).

Gender differences in response features to distress and the manifestation of vital exhaustion are especially important.

Despite the fact that the frequency of negative affects is higher among women, the association of VE with cardiovascular events is more common among men.

Response: The improvement in mental health well-being is based on several ways: adherence to healthy lifestyle including the increase in regular physical activities (exercises) and having active leisure time, following the diet; on another hand it is required increasing social support and involving in social networks as participating in social activities and maintaining of relations with friends and relatives; elimination of sleep disturbances; following the working hygiene; and providing the access to appropriate medical care and adequate healthcare utilization.

Response: Most of modern research studies are clinical and it does not provide comprehensive view on the effect of potential risk factors. While epidemiological surveys of population required more resources and have long period of follow-up. Lacking of classical approaches to studies conducting and insufficient data on morbidity given by epidemiological methods (not only statistics) limited future research in term of primary prevention.

Authors declare no conflict of interest