24 Jun Larger Study Finds No Link Between Melanoma and Viagra 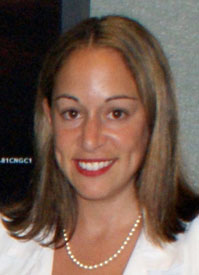 Dr. Loeb: A paper published last year suggested a relationship between use of sildenafil (Viagra) and melanoma.  That study had only 142 cases of melanoma, and of these men 14 had used sildenafil.  This study got a lot of publicity leading numerous patients to express concern over whether erectile dysfunction drugs could cause melanoma.

Our goal was to look more closely at this issue in a larger population from Sweden (including 4065 melanoma cases of whom 435 used any type of erectile dysfunction drug- Viagra, as well as Levitra and Cialis).  Sweden has a national health system so we were able to access prescription records for men across the entire country, which we linked to the national registries for melanoma and basal cell skin cancer.

Dr. Loeb: Although there is an association between erectile dysfunction medications with melanoma, a closer look at the data suggests that this relationship is unlikely to be causal.

You would also expect that the drugs with a longer half life (in the body longer) would have greater risk of melanoma and this was not the case.

If the drugs promote melanoma, you might also expect to see a relationship with more aggressive disease. However, we did not find a relationship between erectile dysfunction medications with advanced melanoma.

Medical Research: What should patients and clinicians take away from this report?

Response: Although it is unlikely that erectile dysfunction medications cause melanoma and other skin cancers, the same men who take these medicines are still at risk for skin cancer. Avoiding blistering sunburn, using sunscreen and other protective wear are important to reduce the risk of skin cancer.