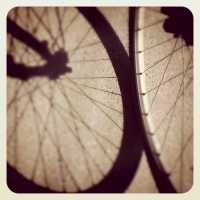 08 Aug Leg cycling and electrical muscle stimulation for the critically ill? Still many peaks to climb up

Response: Critically ill patients may suffer terrific muscle wasting during their intensive care unit stay. In most patients, particularly those with sepsis or other high inflammatory states, this is due to proteolytic pathways runaway that may persist as long as the cause of inflammation has not been eliminated. What is more, forced rest, as the one imposed to severely ill patients who need sedation to tolerate artificial respiratory support also induces muscle deconditioning and mass loss. In short, the more you are severely and acutely ill, the more you breakdown your muscle proteins and use the catabolic byproducts to fuel the rest of your organism. As a result of this sort of autophagy, intensive care unit survivors may have lost tens of muscle mass kilograms at discharge, to the point that they have lost all or parts of their functional autonomy. The personal and social burden is considerable as muscle weakness may persist several years after hospital discharge.

In the 2000’s, physiotherapy and early rehabilitation during intensive care have emerged as a way to counteract the autophagic muscle wasting and help patients to speed up their return to functional autonomy. Therefore, a standardized early rehabilitation that consists in early muscle exercises, systematic lowering or interruption of sedative drugs dosages to allow prompt patient’s awaking, early transfer to chair and early first walk try, has become the standard of care. However, to what extent, when and how muscles should be exercised during the intensive care unit stay in order to optimize the positive effects of rehabilitation remains a nearly blank clinical research area.

In-bed leg cycling and electrical muscle stimulation, each for their part, have shown encouraging results. In our study, we sought to know if the very early combination of both could improve global muscle strength in survivors at intensive care unit discharge.

Response: The goal of our study was to assess whether combining in-bed leg cycling and electrical stimulation of the quadriceps muscles, when applied daily and as early as possible to critically ill patients, could improve global muscle strength in survivors at intensive care unit discharge, as compared to standardized early rehabilitation (usual care).

Muscle strength was assessed through the Medical Research Council (MRC) grading system, with which physiotherapist are familiar (the strength of six muscle groups used to mobilize joints of both body sides are rated from 0 to 5; the global score ranges 0 to 60, with a score of 60 indicating normal strength). Physiotherapists blinded to the treatment arm performed this assessment. The interventions were randomly allocated to 314 critically ill patients admitted in our unit, and could begin as early as within the 48 first hours and were then provided daily until discharge from the unit.

In the end, we observed that the combination of early in-bed leg cycling and electrical muscle stimulation did not led to better global muscle strength at discharge from the unit, nor to better functional autonomy six months later.

Response: These disappointing findings should not discourage clinicians. Neither in-bed cycling nor electrical muscle stimulation is to be shelved based only on our findings. In fact, since we launched our study in 2014, studies with conflicting results were published that even questioned the merits of early rehabilitation in the intensive care. Therefore, a wide array of questions remains open regarding the intensity, the optimal timing (as soon as possible or after the autophagic phase?), and the modalities of physical rehabilitation. Among these modalities, cycling and electrical stimulation may still keep their own place, and also perhaps functional electrical muscle stimulation (a synchronized electrical stimulation that helps thigh muscles during passive or voluntary cycling exercises) that showed good promise

Response: We observed that a significant proportion of survivors in both treatment arms had rather high global muscle strength at discharge, i.e. had sufficient physical autonomy to allow the basic activities of daily living. But among these patients, were some patients stronger than others? Due to the metric properties of the MRC score and its ceiling effect, it was not possible to answer this question.

Therefore, our first recommendation for future research is to use several means for assessing muscle strength and functional autonomy, not the MRC score alone. Second, to circumvent the methodological issue caused by patients who will die, whose muscle strength cannot be assessed at discharge, we suggest repeating if possible the assessment of muscle strength and muscle mass during the stay, to have an idea of their trajectory even in decedents. Third, the interventions we have tested, either usual care or the in-bed cycling and electrical stimulation combination, may have been applied too early during the catabolic phenomenon that affects the muscles of the critically ill, and may both have caused harm. This uncertainty might justify starting from scratch again, i.e. comparing early versus delayed rehabilitation actions, including the -supposed- basic standardized rehabilitation.