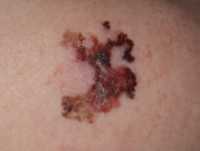 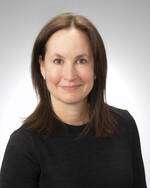 Response: In this quality initiative at UPMC (a large academic and community health system in Western PA and surrounding areas) Primary Care Physicians were trained to perform annual skin cancer screening examinations of their patients who were aged 35 years and older at routine medical visits.
Over a 5-year period more than 595,000 patients who were eligible to be screened were seen by a UPMC PCP and about 24% of them were screened. We compared the number and thickness (an important indicator of prognosis) of the melanomas diagnosed in those patients who were screened to those who were not screened.

Response: We found that screened patients were more likely to be diagnosed with melanoma. In particular, they were more likely to be diagnosed with thin melanomas which carry the best prognosis. While we saw a trend toward a reduction in the incidence of thick melanoma (thicker than 4 mm, melanomas with the worst prognosis) among those patients who were screened, particularly in those patients who were older than age 65, this was not statistically significant. This raises questions about the value of screening—are we just finding non-aggressive melanomas that were not destined to progress and become deadly (a concept known as over diagnosis) or are we finding melanomas that are now thin but that could in some cases progress to deadly melanoma and are we preventing that progression through early treatment with surgery.

Response: Skin screening that occurred mostly in the primary care setting was feasible and resulted in the early detection of melanoma. We need more studies to better determine the value that this brings at the population level. Melanoma thickness is only one way to measure this, and our findings showed that the number of thin melanomas diagnosed were not directly balanced by a reduction in thick melanomas. Ultimately, we screen in the hope of preventing melanoma deaths while causing the least harm to the patient. If we can reduce the number of people who will be treated with effective but expensive drugs that carry risk, such as checkpoint inhibitors, then that is a benefit of screening, too. It is also important however that we are mindful that cancer screening programs will increase the diagnosis of disease which may not have resulted I patient death and this will have negative consequences for patients. As with any medical intervention, we must make sure that the benefits outweigh the harms.

Response: We were not surprised that we found more melanomas in the screened population since this is a typical outcome in cancer screening programs. We also expected that screening would result in the more commonly found and slower growing thin melanomas. Our study is unique in that we looked at the relationship between screening and the later development of thick melanoma. While we think it is encouraging that, in contrast to thin melanomas, the number of thick melanomas actually showed a trend of decreasing in screened patients. But this was not statistically significant, so it is hard to draw firm conclusions about the meaning of these findings. It is possible that we will need more time to see a true reduction in thick melanomas. These very deadly melanomas are also relatively rare so larger studies may be needed to determine if screening does reduce the incidence of these more deadly melanomas.